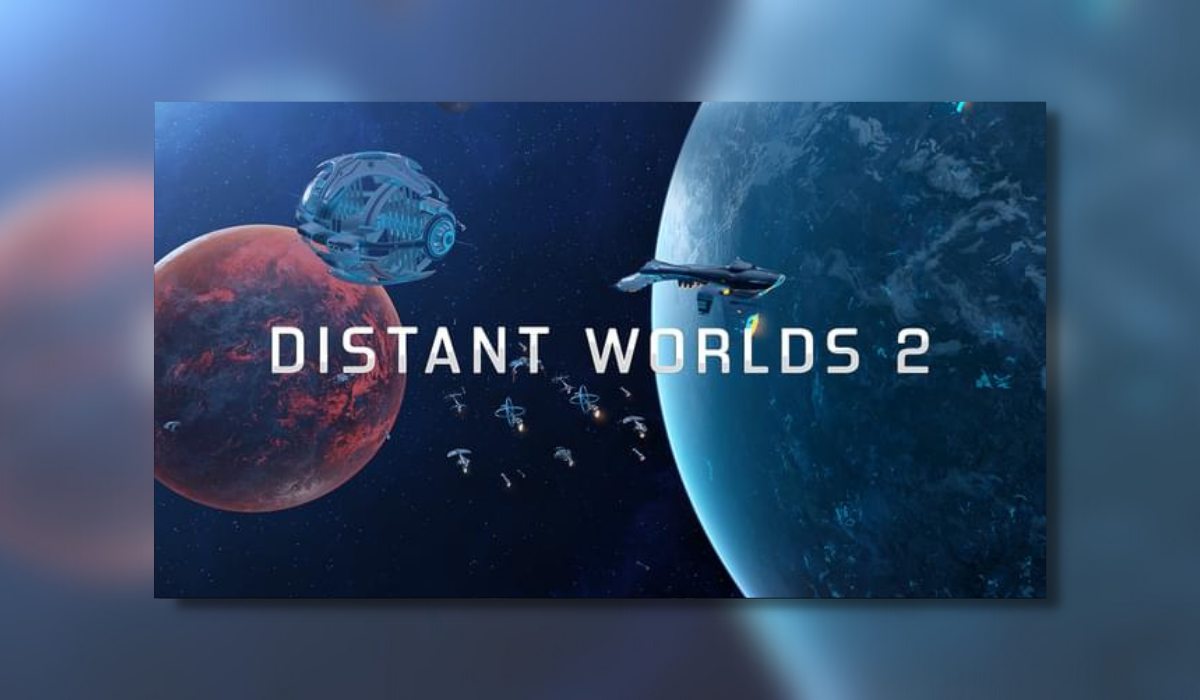 Distant Worlds 2 released on PC on March 10th. This is the second game in the 4x space strategy series by Code Force (Distant Worlds: Universe) with publishing by Slitherine Ltd. (Battlestar Galactica Deadlock, Command). It is only available via Steam for Windows PC.

Options as Vast as Space in Distant Worlds 2

The 4x strategy genre has not had a huge role in my time as a gamer. Though my Steam library is full of them with the likes of Stellaris, Endless Legend and Endless Space 2, and Civilization VI and Civilization: Beyond Earth; my cumulative time is probably less than five hours. Distant Worlds 2 stood out to me as an alternative to Stellaris so I thought I would take a look. Have you ever had a similar experience where something you usually don’t play catches your eye? Let me know after checking out my thoughts below.

Distant Worlds 2 is an overwhelmingly vast, in-depth space strategy simulation game. With the amount of detail that comes with the game also comes the ability to customize your gameplay from the very start. Everything from how small or large your galaxy is, the shape of it, to what stage of space exploration the universe is in and what your victory conditions will be is customizable. The only major part of the game that is not customizable are the available races themselves.

How you choose to play Distant Worlds 2 is also just as thorough. You can choose to take a nearly hands-off approach to the game, or to micromanage every possible aspect. I believe the only aspect of the game that you don’t directly have control over is the private economy. Your empire’s actions and decisions you make simply indirectly influence that area. I will admit that I spent the majority of my time playing with the game set to be fully autonomous so I could continue learning different aspects of it without being stuck on pause for hours on end. Being fully autonomous basically meant that only certain “events” would pop up for me to take action on. These were usually in the cases of first contact with other factions or pirates.

If the above two paragraphs weren’t enough of an indication of the depth of the game, it is worth mentioning that Distant Worlds 2 also comes with a full-fledged 100+ page game manual. I personally haven’t had time to read through it but I’m sure my quality of gameplay would improve if I did. I can’t remember the last game I bought that actually came with one. On top of the game manual, in-game tours are available to explain all the different tabs of your interface and there in-depth descriptions for items throughout the game as well. There are also a plethora of content creators that are publishing guides to help get into the game so I encourage anyone looking to get started to check them out as well. YouTube is your friend! (Except when it asks you for thousandth time if you want to subscribe to Premium…)

Distant Worlds 2 boasts graphics that feel very in line with other 4x strategy games. They are not the most amazing and full of detail, but they also are not just lazy pixel blocks either. Interface and menu icons are also distinguishable from one another and the colour palette helps draw your attention to things that you should be aware of. One particular part of the interface I like is how when you zoom out, various ships, stations, systems, etc. group together at the bottom of the screen. It was slightly disappointing to not be able to zoom all the way in for a first-person perspective from ships though.

The audio track in Distant Worlds 2 also doesn’t seem like anything special. It provides a subtle ambience but does not stand out against everything else going on in the game. I didn’t really notice if it really even changed based on different events going on either. Other audio clues and sound effects were noticeable enough that I knew where to look when I heard them.

Distant Worlds 2 seems like it will easily provide several hundred hours or more of gameplay. Just the amount of customization available from the very start was a clear indicator that this would be the case. I have barely even scratched the surface myself. Not only the customization options but also how to go about playing the game itself. Maybe one run you want to strictly focus on playing with the military aspects. Perhaps another you just want to focus on exploration. Then another yet you want to control everything you possibly can as fast or slowly as the game will allow. The options really do feel endless.

For one of the few 4x space strategy games I’ve spent time in, Distant Worlds 2 is a decent game. It launched with a full trove of content and immense number of options to suit your playstyle. Overall it sticks to a basic formula that is safe but does not make it stand out above and beyond. It also sounds like there are some bugs that Code Force needs to iron out. Without having any prior bias from playing the previous game, I am giving Distant Worlds 2 the Thumb Culture Silver Award.

Be sure to check out my previous reviews here.