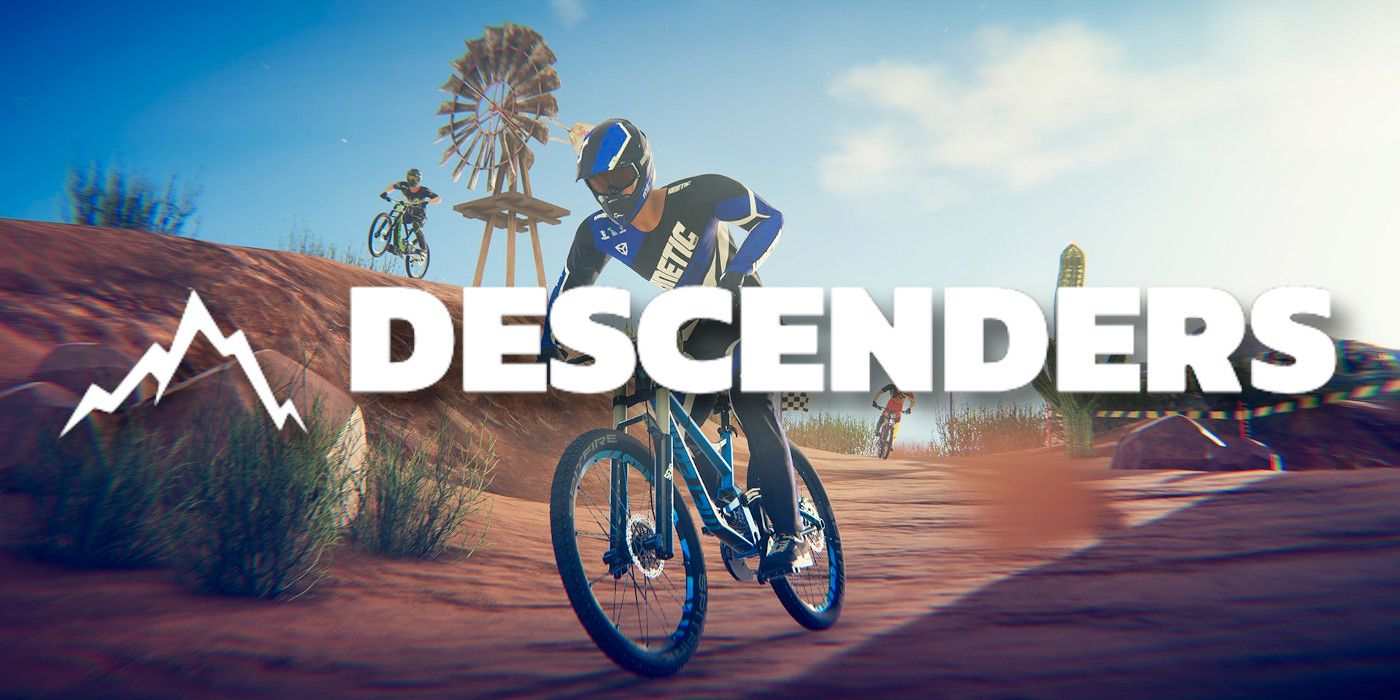 Descenders is a third-person cycling game where you complete tracks of different designs and layouts, doing it in style with numerous tricks available. Developed by Ragesquid and published by No More Robots. You hop right into a game which takes inspiration from previous sports games such as the Trials and the Tony Hawk’s series. “Descenders is extreme downhill freeriding for the modern era, with procedurally generated worlds, and where mistakes have real consequences. Will you lead your team to glory and become the next legendary Descender?”

Descenders is already available on PC and Xbox One and very soon on PS4 with a release date of the 25th of August.

Descenders puts you in the shoes of a BMX cyclist and after a short tutorial section puts you right into the thick of it. You get right into the bike saddle where you look to complete procedurally generated tracks in different environments around the world. Ranging from the Highlands to canyons with snow covered peaks. Each region comes with its own look and environmental obstacles throughout tracks such as bales of hay in the Highlands. The game offers the choice to take a straight line to the finish or complete tricks to show off your skill, or a mix of both. The generated tracks let you know beforehand what to expect. Branching routes allow you to create your own path to the final ‘boss’ track to then unlock the other regions.

Beginning in the short tutorial section and then in the full tracks, Descenders was a very fun and enjoyable game. The generated tracks along with the choice of terrain and different playstyles do give variety so playing doesn’t feel one note. Randomly assigned bonus objectives and of course wanting to pull off cool tricks and stunts are a breath of fresh air when you revisit tracks however.

The gameplay puts you in control of a skilled cyclist but is still gratifying and engaging as you manoeuvre tracks and pull out stunts.  The game also avoids feeling stale with the design of the different regions and changes such as day & night and types of weather. When wanting to perhaps take a break from the career mode, there is a training park area to go at your own pace. For something different there is freeride where you can pick the track layout and terrain you want.

Descenders sometimes could be frustratingly realistic for a video game when falling off your bike for any reason. This means having to respawn at the most recent checkpoint or even go back to the very beginning of the region. Not yet on wide release, the multiplayer had no other players to compete with but looks to be suited for everyone. With the option of inviting friends and games kept private with a password. In the very rare time you may have to move backwards there is no reverse so can cause awkward movements. It was also let down slightly by having to unlock terrain in career mode before becoming available in track builder and multiplayer.

The game also offers a good amount of customisation to match the user’s play style. Most notably as you level up you get the opportunity to build your crew who bring skills which mechanically improve the experience. These vary from making tracks wider to getting more reputation from stunts and tricks. You also unlock a variety of clothing and accessories as well as different bikes and accessories there too. Small features in the avatar’s appearance such as your profile name being on the back of their top helped it feel more personal and connected when playing. For those looking for an extra challenge, you can also change to first person perspective.

The realistic visual style of Descenders is one it’s the biggest strengths as it complements the realistic gameplay and could be an actual track. Minus the boss tracks of course which take a bit of a creative leap. On the PS4 the game ran really smoothly with the default settings and. The surrounding environment is very well detailed but graphically is a little lacking but doesn’t take away from the experience, especially once you begin riding.

Descenders has a strong drum & bass soundtrack with various artists from the Dutch label Liquicity which I enjoyed. The soundtrack worked well with the different tempos a player use when racing through the various tracks. Also satisfying are the sound effects coming from the bike. From the bike chain spinning as you reach high speeds and the environment itself. The sounds also when cycling full speed along the different regions from dirt paths to snow covered peaks were well detailed and realistic. If you are unlucky and experience it, the sounds of the avatar when they get knocked from the bike accurately conveys both the player and cyclist’s groan of frustration.

With several regions to complete as well as multiplayer, Descenders has much to offer with spending hours playing with friends or honing your skills to landing a perfect 720. The customisation of tracks, outfits and bikes help towards it being the game you want when you play.

Overall Descenders is an incredibly fun and satisfying game and while it can be frustrating when you fall or crash, it wasn’t off-putting and encouraged me to keep playing. Set in different terrains from around the world it is nice to look at too even when cycling at 40 mph. Playing is fun but it is the options and customisation that make the game your own from the goggles you wear to which track you select that makes the game more personable. The soundtrack and sound effects work well with the game and even improve the experience while playing and lots to play the way you choose while you listen.