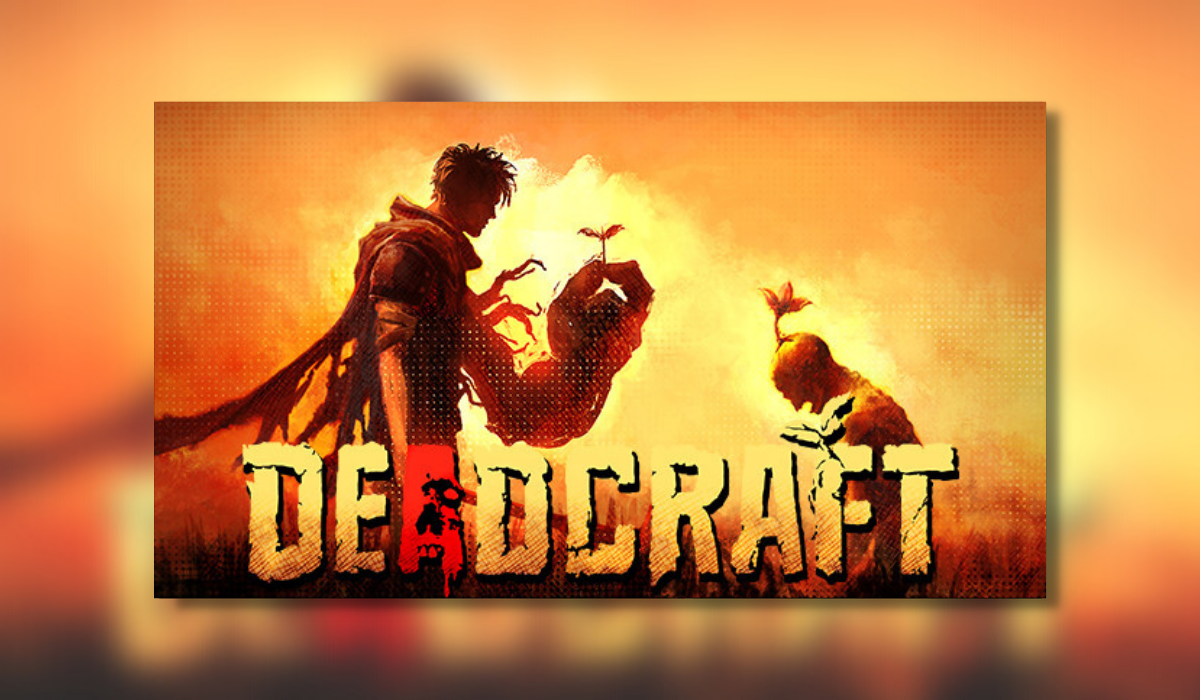 Developed by Marvelous, First Studio and published by Marvelous, XSEED Games. DEADCRAFT is an action-adventure, RPG with some elements of simulation. It was released on the 21st of April 2022 for the Xbox One, Series X/S, Playstation 4/5, Nintendo Switch and PC.

DEADCRAFT is another game that takes on the latest craze of the craft building genre. While many of these games are fantastic (Stardew Valley, Story of Seasons). DEADCRAFT puts its own twist on it by being set in a post-apocalyptic world that’s overrun with zombies. But let’s see how this DEADCRAFT review gets on shall we and see if it takes a step into a new direction on these types of games.

If you enjoyed this review, then why not check out my previous one here. You can also catch up with what the rest of the Thumb Culture team is up to on our social media.

The gameplay of DEADCRAFT can be summed up in many ways but I think the overall way of it would be to call it janky. The story isn’t too much to go into as it’s the usual protagonist that wants revenge for something that happened to him. So you are thrown into a barren wasteland where you have to find the nearest weapon. Which is always useless and you better get used to this weapon because you have it for the first couple of hours.

Your main objective is to get to the big city to exact your revenge but along the way, you’ll find settlements full of people that you can help out or just slaughter everyone in sight. You do have the freedom to do as you wish and I do like that about the game. It doesn’t take itself too seriously.

Along the way, you’ll find weapons that you can upgrade or just craft weapons from scratch if you have the skills and blueprints. The game relies a lot on crafting just like in over Marvelous games but the upscale here is that you can craft anything from everything. Everything is a resource from tin scrap to rat meat to even zombie fodder. It is fun making potions and food out of zombies’ brains. Nice to use their brains for a change.

One thing you do need to watch out for is that you have a hunger and thirst bar and these bars go down so fast that it’s essential to spend your first few upgrade points on boosting them. Plus when it comes to crafting like food or weapons. None of the towns has a craft table so you are constantly going back and forth to your safehouse to craft things and that is a real-time waster and just boring.

Now let’s get down to the really bad part of DEADCRAFT and that’s the combat. The combat is absolutely shocking. It’s so bad that it’ll make you wanna rage quit. The hit detection is more or less non-existent. It’s like playing an old NES game. The enemies early on are just too powerful for you because of the waste of space weapon you have and your energy depletes so fast you are forced to stop fighting after about 3 zombies because you have to go back to base to craft a potion.

You do have a special ability where you have a zombie arm (because your character is half-zombie) but using it is like waving a flag in the breeze. It barely hits anything.

The graphics are actually not that bad. I love the art style and the animations when it comes to cutscenes and interactions with NPCs are done really well. There may be the odd things that float or something that just doesn’t look like they should be there. But a simple patch and update will easily sort them out. Shame an update cant make the rest of the game better.

The audio isn’t too bad either. Some really good rocking tunes are in there and it can set the right mood. But even the music wears off quite fast. The voice acting is above average with some good dialect and some well-written jokes and humour so that’s a good thing I suppose.

A game like DEADCRAFT and this type of genre can either have you playing it until 3 am or stop after a couple of hours. There is a story to follow and tons of side missions but they are all the same. Sell this, sell that, fetch this, fetch that. It gets boring very quickly.

I gave just under 10 hours of my life into it and felt no reward from it. I’m pretty sure that I had so much more to do but I couldn’t bring myself to carry on anymore.

My final thought is that with DEADCRAFT being made by Marvelous. A developer with amazing games like Story of Seasons and Rune Factory. I expected so much better. The game just feels like a chore and you get no satisfaction at all from playing it. While it may appeal to others of the game genre. It just failed in so many ways.

That’s why I am going to give DEADCRAFT The Thumb Culture Bronze Award.