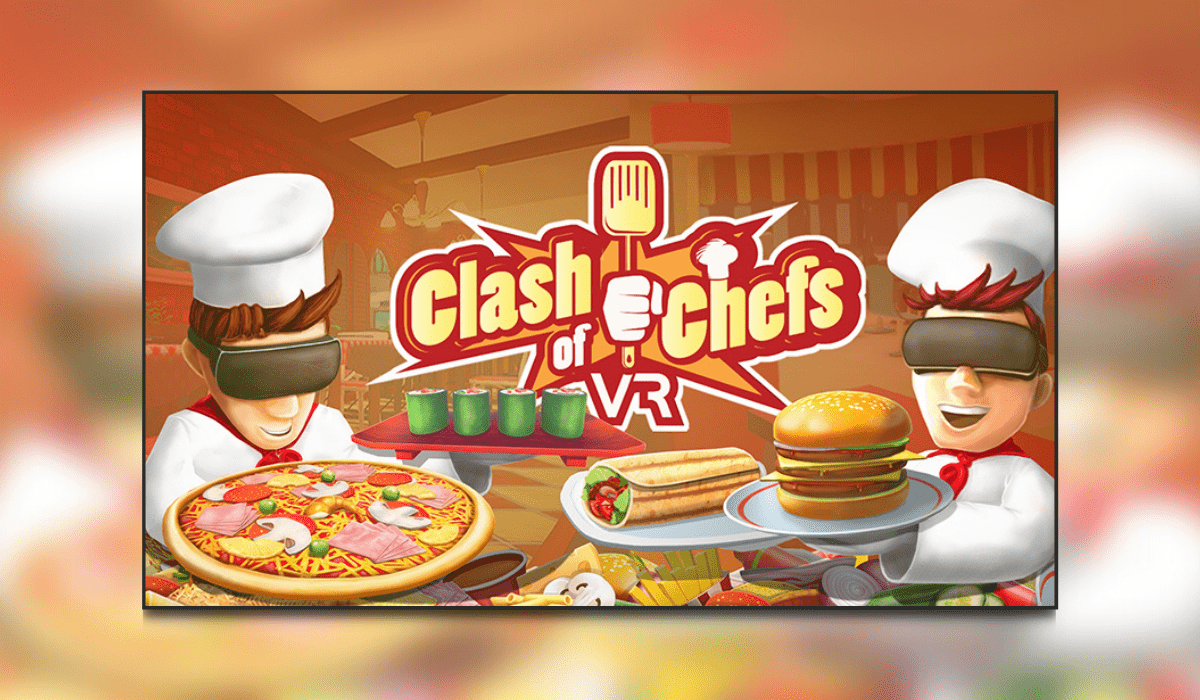 Ever thought of yourself as the next Gordon Ramsey? Well now with Clash of Chefs VR from Flat Hill Games, now you can give a go, well virtually. Releasing on the Oculus Quest 2 we take on the mantle of those famous chefs that have gone before us.

Do you want fries with that?

Do you have the culinary genius to give Clash of Chefs VR a go? Let us know what you think down below.

In essence, Clash of Chefs VR is a time management game. Choosing your favourite kitchen from a selection of meal types, American, Italian, and Japanese. You are thrown into a pretty standard core mechanic of taking orders, cooking orders. Obviously, as you progress these orders will become ever more complicated.

Starting out in the American kitchen you just have to deal with burgers. Throw a burger on the fryer, bun on the plate, and create your masterpieces. It all starts off nice and easy and then slowly it adds other ingredients to the mix. Including salad, sauce, chips and even a drink. This is generally the same for the other kitchens. Starting you off nice and easy before it suddenly becomes an episode of Masterchef. Creating a monster double cheeseburger with sauce and salad.

Clash of Chefs VR is a great game that becomes even more fun with the added multiplayer. Take on your friends to finally find out who the best chef is! Remember, working in a kitchen is a cutthroat industry, no mercy!

Each kitchen is themed in its own way. In the Italian restaurant, for example, you have a nice Italian soundtrack playing in the background. Although, in fairness, the soundtrack gets lost as you end up talking to yourself through what each recipe needs. Now, where did I leave the cheese grater!

You get the hustle and bustle of the restaurant noises, as well as some chatter. Although this is merely noise. Once each order is ready though you do get to ring the bell/gong to signify that it’s ready for collection.

Graphically you are given a nice cartoon stylised setting with bright colours. Almost lulling you into a false sense of security, that what you are about to play will not stretch you from side to side. Just don’t forget that your cooking can burn…even the rice! Don’t think that the visuals aren’t going to be realistic enough for you to not recognise a pizza though, because it’s clear when it’s starting to burn.

With a whole bunch of levels in each restaurant, you are going to be spending a long time trying to reach your targets to progress to the next level. Just one word of advice. Make sure you try and be as methodical as you can. Don’t just start throwing all your ingredients into the mix and hope for the best. If you are in the American kitchen for example, always keep burgers on the grill, after all, you can always just place them on the side for safekeeping.

Add to that the multiplayer option, Clash of Chefs VR will certainly keep you entertained for quite some time. I found it easy to lose an hour to just progressing through the levels. There is a list of items that are still to be added to the game, including the ability to make use of your Oculus Avatars as well as the ability to customise your waiter (among others)

Overall, what Flat Hill Games have produced is a joy to play. With bright colours, straight forward gameplay, it brings cooking simulators into the living room.