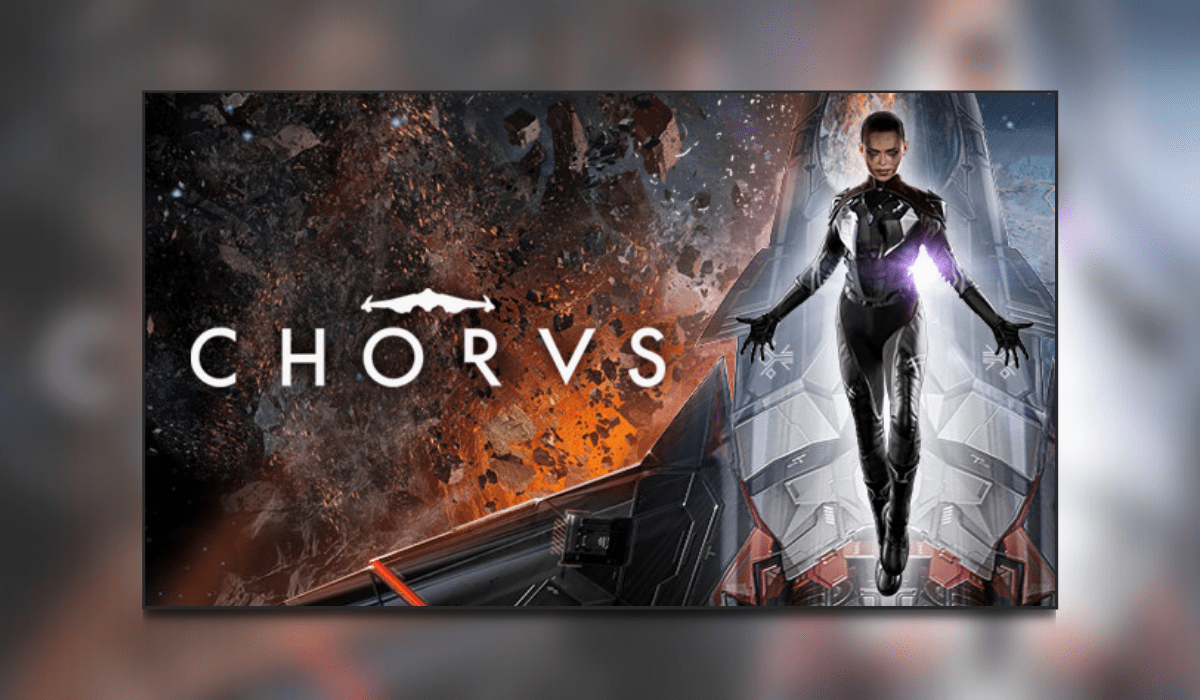 Chorus is a new third-person open-world space shooter from the team at Fishlabs and published by Deep Silver. Available on Playstation and Xbox consoles as well as PC and Stadia. This review is for the Playstation 5 version of the game.

Chorus – “I’m giving it all she’s got, captain”

Humans decided to explore the galaxy and discovered an Alien race simply referred to as “The Faceless”.  It was through this Alien race that a group known as Circle quickly rose into power.

Led by Great Prophet who is hell-bent on taking control of the universe. Alongside the Prophet is the circle’s top pilot a lady called Nara. Until now Nara has been a loyal servant of Circle, that is until Nara is ordered to wipe out an entire planet and its occupants.  Seeing the devastation she has caused Nara flees and goes into exile.

7 long years pass and Nara has hidden her sentient ship known as Forsaken and has suppressed her abilities choosing to fight back at the Circle on her own terms.

I was really surprised just how smooth the controls were, flying is extremely smooth. The ability to fly between structures is usually something that takes me time to master however, Chorus made this seem simple. Thrusters are used with the left stick, this also allows you to barrel roll with incredible ease. Steering is on the right stick which ensures really fluid movements.

The Forsaken is equipped with 3 weapon types all of which have their uses against specific enemies. The Gatling gun, missile launchers and lasers. The camera is pulled back so you can see clearly obstacles around you and more importantly enemy fire. Enemies are highlighted on your HUD for ease of location, switching between weapon types is controlled via the d-pad.

It can feel that the Forsaken takes quite a lot of damage especially in the early stages of the game. One of the items that you collect early on in the campaign is a repair bot. This has a fairly lengthy cooldown which can see you hiding behind asteroids and using barrel rolls to avoid fire. All weapons, armour and shields can be upgraded by landing in a hanger, these are unlocked throughout the game as you save outposts from the Circle.  There is an RPG element to the game that sees you collect currency, hull and shields upgrades. These are given by helping stranded ships or completing side missions. That is as far as the RPG element goes, at its core Chorus is a space shooter and a very good one at that.

Nara is plagued by her demons throughout the campaign unlocking memories and discovering more about the Circle. There are memories to be unlocked and secrets to be found along your journey. Chorus steps away from the dogfight shooter that we have seen with the likes of Star Wars Squadrons or Elite Dangerous. The narrative is extremely important and it gives you a purpose to explore, escort ships and find temples. Rites are psychic powers that Nara has suppressed and can be unlocked, these Rites are a massively important part of the game. Abilities that can locate enemies, teleport through barriers and even make the Forsaken appear right behind enemies for that all-important kill shot.

Everything runs amazingly well in Chorus, regardless of if you pick the performance mode which is upscaled to 4k at 60fps or Resolution mode that includes Ray Tracing. The visuals are superb and matched by the superb audio quality.

One of the things that I’ve really enjoyed with Chorus is that there is a clear definition between events, whether you are escorting a stranded freight ship or a high-intensity fight you can feel events building. Nara speaks to herself and Forsaken with soft whispers, whilst providing a more reassuring tone when communicating with others. Something so simple provides a wider understanding of what Nara is experiencing.

I haven’t experienced any graphical issues which is a massive plus for Fishlabs and Deep Silver despite having the game prior to launch it is hard to find fault and jeez I tried.

With just the campaign on offer, Chorus is a single-player title however, there is a huge amount to do. I have put a good 15 hours into the game so far and that includes side missions and exploration. My best guess would be around 25 hrs for full completion but please take that with a pinch of salt as I did die a lot!!

There is an option with the campaign to include permadeath if you feel the game isn’t challenging enough (which it is!!)

Chorus is superb, I am not one for space-shooters normally however the team have done a magnificent job here. The story makes a huge difference, we have seen similar titles which haven’t been as fun. Different types of missions and a massive galaxy to explore scattered with secrets, what more could you ask for?

Pedro Camacho should win an award for the soundtrack of the game. Chorus is going to appeal to a wide audience if you are after a great story or plenty of action this is for you.

I have been gaming since the 80’s my first console was the Atari 800XL and I have not looked back since.

Gaming is not my only passion I am currently studying to become a mental health counsellor.

I currently game on the Playstation 5