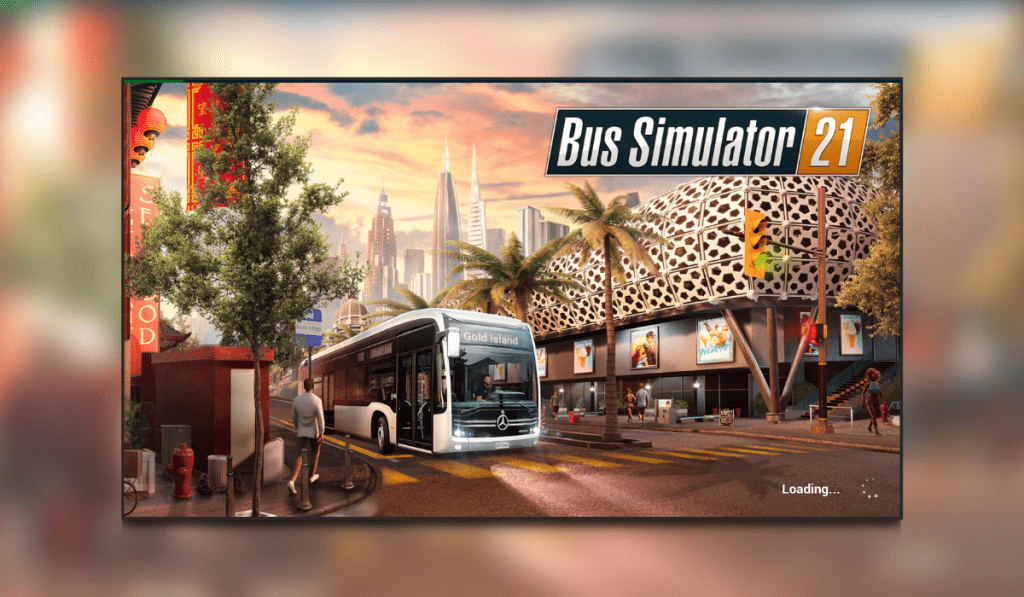 The word simulator has been bounded around in gaming for so long, from the more serious Police Simulator to the comedic Goat variety. The one name that keeps popping up though is Astragon Entertainment, bringing us the latest simulator game to the market, Bus Simulator 21!

Ding-Ding, All Aboard the Bus Simulator 21…… bus!

Do you have a favourite simulator based game? Tell us about it in the comments below, or even better find us on social media and join the conversation

In essence, Bus Simulator 21 allows you to create your own bus company, purchase buses, ride routes, and steadily take over the world one bus stop at a time.

In reality, though it’s a super-comprehensive simulator that is not for the faint-hearted. When you start out the game you are greeted with a nice tutorial that will take you through all the elements that you might need throughout your time with the game. I recommend that you spend the time to learn all the intricacies that you are shown in the tutorials. This will make your time with Bus Simulator 21 more fun in the long run.

Controlling the game with either a keyboard and mouse or a controller is available to you. Personally, I used a controller when playing Bus Simulator 21, purely for the smoothness of steering, which is essential. You can use a combination of the two control methods. Use the controller to drive around town and then the mouse to access the dashboard controls whilst driving.

When you get released from your tutorial binds you can go about your business however you want. Purchase some new buses, get them working with AI drivers and chose your own route to drive. Once behind the wheel, you are responsible for the safety of your passengers. Make sure you abide by speed limits and red lights, however, the game is quick to point out that you can “turn right on red” so just make sure nobody is crossing the road. It’s frowned upon if you run over a pedestrian… WHO KNEW!

On your route you will come across a number of inconveniences, I’m calling them that because they aren’t difficult, but they are there nonetheless. Passengers will get on, don’t forget if you have a passenger in a wheelchair you are going to have to lower that ramp. Then you get the riff-raff, those that have their music too loud, those that have fallen asleep. Just simply walk up to them and interact. They will soon find the error of their ways.

Make sure you follow the rules of the road and bus driving good practice, each good act that you do goes towards your payout for that route. On the negative side, all the bad acts will drop your payout as well. So avoid those kerbs, make sure you indicate correctly and whatever you do, DO NOT CRASH INTO TRAFFIC!

The graphics are pretty good on Bus Simulator 21, yeah they aren’t as super-realistic as some other games out there, but they don’t need to be. The buses are all intricately modelled, from the Mercedes all the way to the Blue Bird. All the top manufacturers are represented both inside and outside. Let me tell you, those bendy buses are pretty tough to handle. Environmentally you get everything you need, other vehicles, pedestrians, each pedestrian also feels individual, like they haven’t reused the same assets over and over.

Sound-wise, Bus Simulator 21 does exactly what you would expect. Bus noises, the pshhhh of the air brakes. People chattering behind you while you are driving. Some great little bits of information you can hear if you want to listen in.

How long is a piece of string? yes, I know twice the length from the end to the middle. However, Bus Simulator 21 will give you hours and hours of gameplay. I guess you could compare the amount of game time to the amount of real-time you would be waiting for a bus replacement service in central London. Getting stuck into having multiple bus driving routes around the city is just such a success story. Thankfully you can share that fun with a friend in the coop mode.

Overall if you are a fan of simulation games then Bus Simulator 21 is for you. Don’t delay because you don’t want to miss the next bus.