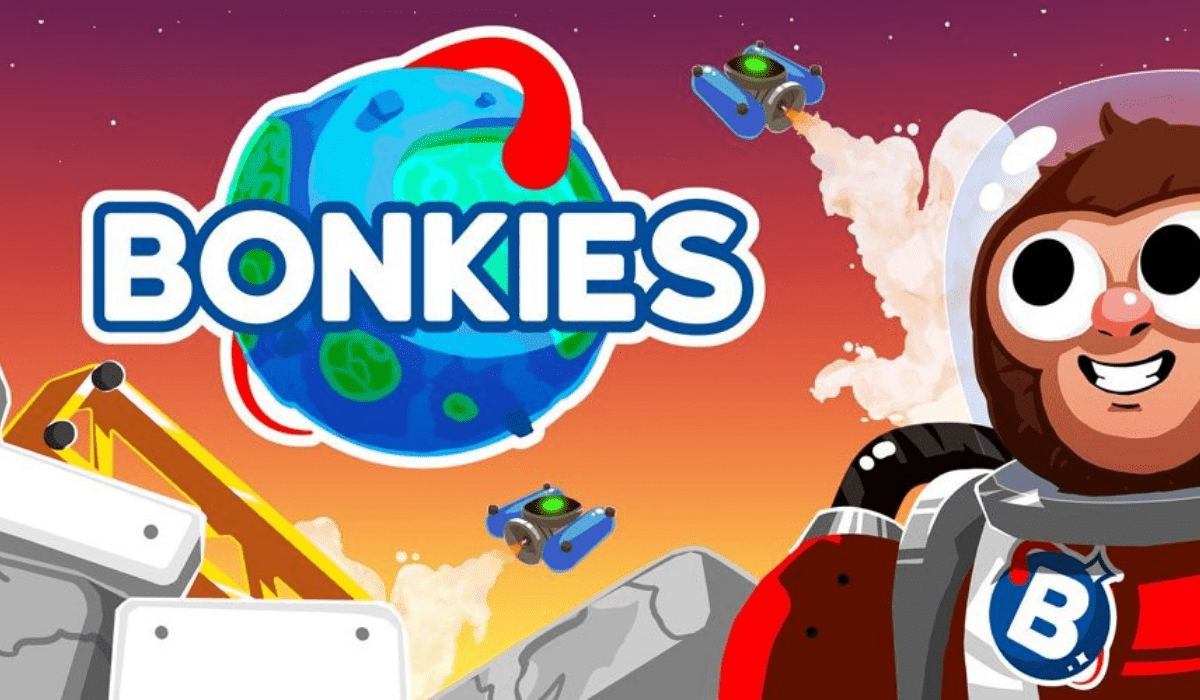 Developed by Studio Gauntlet and published by Crunching Koala, Bonkies made it’s way onto Playstation 4, Xbox One/Series consoles, PC and Switch a the end of January 2021. It is equal parts challenging, chaotic and fun and will certainly make a great addition to your multiplayer party game line-up… if your relationships can handle the strain.

Bonkies provides a welcome return to couch co-op, albeit at a time when we perhaps can’t get 4 people onto our sofas to play with. What are your favourite couch co-op party games? Shout them out in the comments below!

Bonkies is a physics based couch co-op party puzzle game. The aim of your crew is essentially to organise and stack shapes, Tetris style, within a set area using various tools and techniques. Your monkey astronauts are equipped with a robotic arm and a jet pack to aid with this task. At the start of the game you’ll just be stacking basic blocks into a shape. This quickly evolves to include support items, interactive blocks and environmental hazards. For example, there’s a zero gravity level early on where you have to construct a frame and manage to get 4 blocks inside it and keep the whole structure within a set space on the screen. Other advanced puzzles include rocket boosting, anti-gravity or exploding blocks that will have you scratching you head.

Each challenge in Bonkies has a recommended minimum number of players. They can be completed with less than that number, but it will be tougher to do so. The difficulty starts out gentle but, at least for me, gets much more tricky very quickly.  Bananas are awarded for completing a level with a certain amount of time left on the clock. The time required for these bananas seems to be quite brutal playing with just two players. On the first planet my partner and I managed to get most of them with relative ease. However I don’t think we got a single banana on planet 2 onwards!

Bonkies‘ presentation is clean and sharp. The UI is colourful, bold and easy to read. Arenas and the objects you need to interact with are easy to tell apart. It’s also easy to tell what state the interactive blocks are in as you play through the levels. There’s not a whole lot of variation to character models and the regular blocks, but this really isn’t a problem. You will spend far more time worrying about where the objects are rather than what they look like.

The audio in the games serves its purpose well, though it does not really stand out. The backing music to levels is nice and chill, if you can hear it over your friends berating you for knocking over a precariously balanced tower… again. The ‘clink’ sound when you grab onto an object is satisfying.

The game has a single player campaign and a multiplayer one. Each of these is going to take a good while to master as the complexity of the builds increases on each planet you visit. Bonkies is definitley one of those games that is quick to pick up and play but will take time and effort to get to a pro skill level.

Even after completing the levels successfully it’s likely you will need to replay them to get the banana. More bananas mean more unlocks.

It’s a shame that Bonkies is launching at a time where parties with friends are at a minimum. However, I will be loading this up the next time I have people round. If you are going to be playing this with partners or loved ones, maybe set up a safe word first and book in some counselling for after! 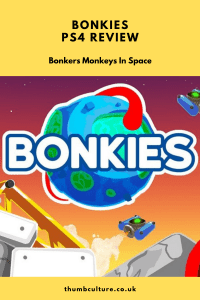