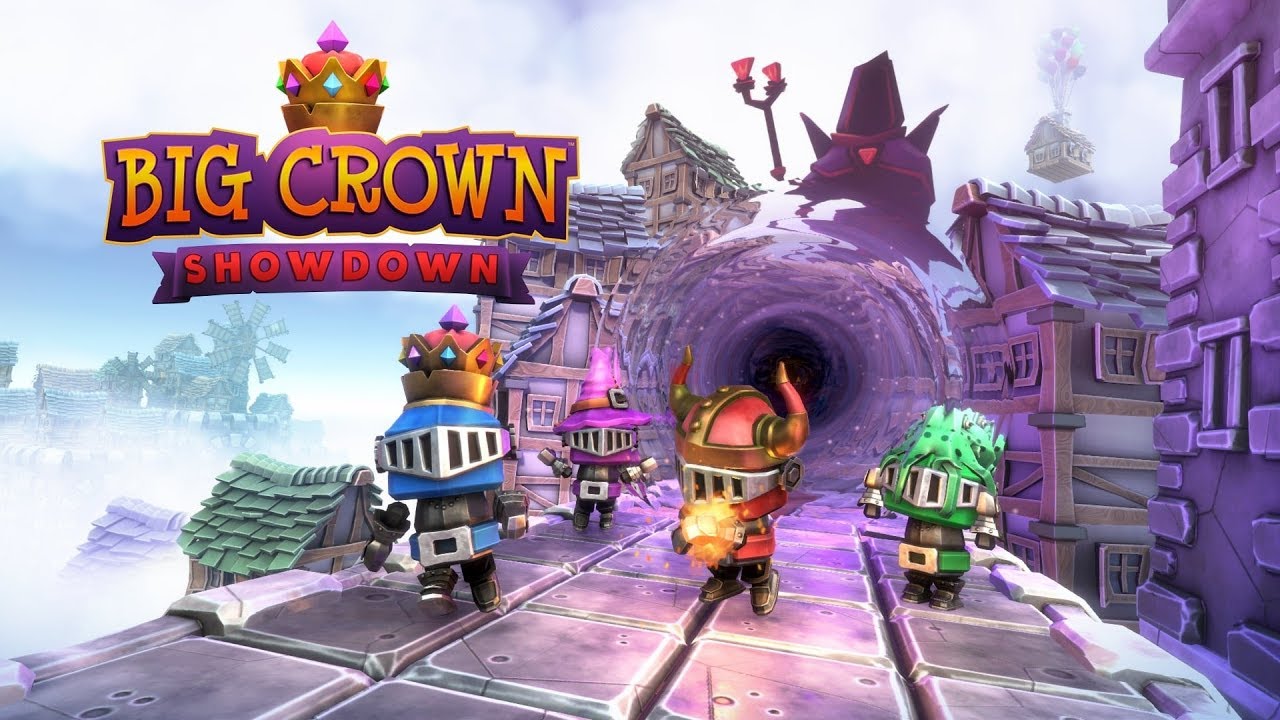 So, leading up to the holiday season I was given Big Crown: Showdown to review. This is the new release from Hyper Luminal Games Ltd.

How does it hold up under the scrutiny of my Festive Spirits (Yes, I meant Plural… as I always mix my spirits), let’s find out…

Big Crown: Showdown is a purely multiplayer party-brawler, designed for up to 4 players (either online or Couch Co-Op). Each person takes on the persona of a Knight (or a member of the Grumblegard as they are known in this world).

The challenge… To collect as many coins as possible while punching your opponents away or off the edge of the levels.

It really is as simple as that, and the controls are equally simple, three buttons (Punch, Block & Jump) and the Analogue stick to move around.

After a conversation with a few of the other members of the team who also played this game, it’s a common opinion that the premise has been taken from the old Micro Machines games. Where the aim was to get as far in front as possible to win a point. Just instead of Cars the player controls a Knight.

There are a total of 15 maps / levels, split into 3 ‘worlds’ of 5 levels each. These are Kasseltoon, Zoggysands and Shivershire.

Kasseltoon is very much how it sounds, each level is set a top of a castle with various hazards such as swinging Axes to block your patch.

Zoggysands is an Egyptian style area, with places like a Dockside Town.  Making your way through an Ancient Egyptian Temple / City finding hazards similar to what you would expect of the Egyptians such as Moving Floors, Sinking Sands etc.

Shivershire is somewhat Nordic in style, think similar to God of War.  All the hazards here are to do with Ice and Wood.

It’s possible to mix & match these levels into any order you choose with Custom Games. Or, you can just jump right in to the quick game as you would normally expect with multiplayer lobby.

The biggest problem I’ve faced while doing this review: Actually being able to play the game. With there being no single player mode, it’s meant most of my review time has been spent trying to find online opposition.  Being completely truthful I’ve spent more time in the game lobby than I have ever spent on any other game and my enthusiasm did start to falter and turn to impatience. 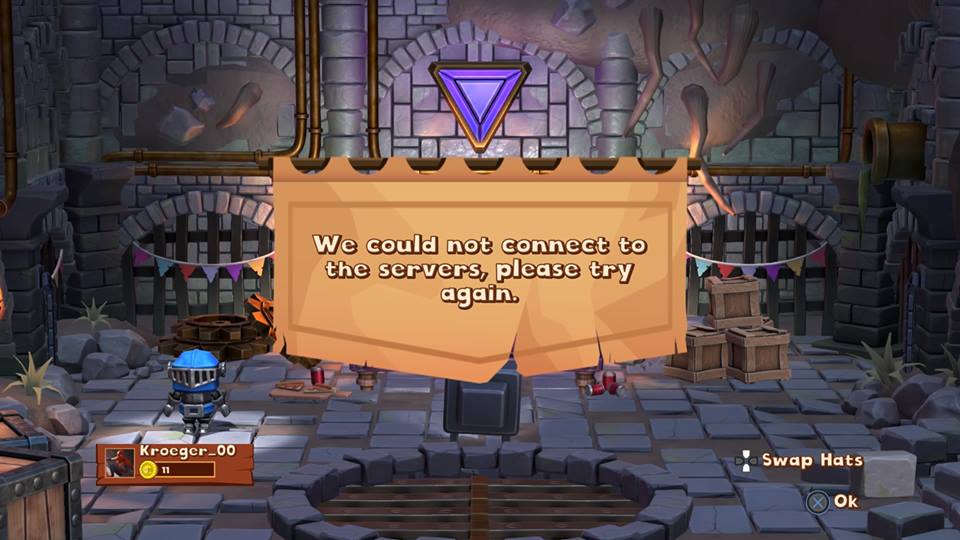 Whenever I managed to get into a game online, I found that the controls were rather laggy and the level layout to be repetitive. I will note that a couple of the other guys on the team have said they didn’t experience this when they played. So it could just have been that I was unlucky with my matches and level selection (Let’s Hope so!)

When I first started Big Crown: Showdown the graphic style reminded me very much of Shoppe Keep (and even the music felt similar).

As I mentioned earlier, Micro Machines has been a huge influence here. Even in the choice of the distance ‘top-down’ style view as you race across the level.

I haven’t noticed any issues with frame skips or bugs as of yet. I have spent more time in the lobby waiting for games than actually playing though, so it could be that I’ve just not seen them.

The game has a humorous side as well. Some of the loading screens have comedic comments. For example, I came across one informing me that the Knights were being set on fire while i waited.

Not really a huge amount to discuss for the Audio. The main music has a medieval flavour to it, similar to Shoppe Keep (as I mentioned earlier). After a while it does get a little tedious and I have mutied it quite a few times.

They’ve made use of the Dualshock 4 Speaker for the Character voice.  However, this becomes rather annoying after a while as it’s the same sound every time you jump.

A little more variety would have been nice, but it’s hardly game breaking.  I would imagine during Couch Co-Op there will be too much arguing and raised voices to worry about the game audio too much anyway.

This one will depend very much on each players group of friends.. It’s definitely a game that will be great to pull out over the holidays or after a few drinks, but I don’t see it being a game that’s played for hours and hours on end.

There’s a bunch of different styled helmets to collect for your Knight. All can be purchased with in-game coins, so I don’t see it taking too long to complete the set.

In terms of Trophies, not a massive amount to get through. I think a couple of nights with a few friends & maybe the odd game online etc. you should be able to blast through them no problem.

At the time of reviewing I do think the lack of online players is a problem. Hopefully this will change over the Holidays, it’s still very early days in its release after all.

This would be an ideal game for the family to have some fun with over the Holidays. At a budget price of £9.99 (at the time of writing) I think it’s a great alternative to Monopoly.

Disclaimer: A code was received in order to review the game.