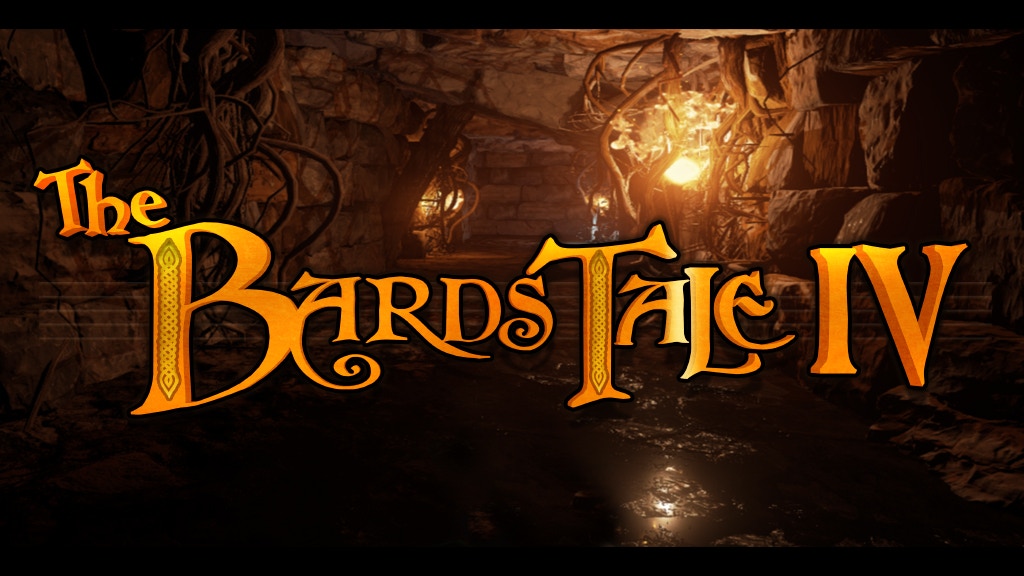 InXile bring us the long awaited sequel to the Bard’s Tale trilogy, the cleverly named Bard’s Tale IV. It’s definitely time to dust off my old lute and get the tuner out. What surprises lay in store as the Bard tries to save the day yet again.

After a brief introduction (skippable) to your history you head off to Skara Brae. There are Scottish accents a plenty as well and even a smattering of tartan for authenticity. I’m pretty sure it’s not the same Skara Brae though, nor the one used in the ‘Ultima’ series of games. This Skara Brae is brimming with trouble, and it’s trouble that you can help sort out. You get a choice to be the pre made bard of the tale, or you can customise your own character. There are the usual choices of Bard, Rogue, Warrior or Robed Guy to choose from. Select a race, add some skills with your skill points, name then and choose a voice. So far Bard’s Tale IV hasn’t given us anything new, it’s just stuck with tradition. Fortunately I like tradition, so that means I am in my comfort zone for a change.

Talk to people, buy stuff, get quests, open crates and loot them. Again, there are no new frontiers being explored. I love opening crates, no subtle jamming them open with a crowbar instrument, you simple bash the living daylights out of it. Best thing is, even if someone is stood next to it, no one bats an eyelid. Not the sort of behaviour you’d get away with these days.

The story in Bard’s Tale IV pootles along at a leisurely pace. You can stick to it, or you can indulge in the side quests as well, which I would recommend. Talk to everyone, see what they have to offer, grab a bargain or two.

Combat in Bard’s Tale IV is turn based on a 4 x 4 grid. Choose your moves wisely and you can defeat opponents that are better on paper. There is a real tactical element and I found myself really getting into it. One defeat wouldn’t make me try and up my level and come back stronger, I would rethink my tactics and try again. Learn the enemies attacks and counter them. Almost all foes can be defeated with good tactics, well except the red ones, just don’t do it unless you are feeling lucky.

Crafting is so simple I didn’t need instructions, and therefore I like it. You’re not going to craft a sword of ultimate doom out of a couple of planks of wood and some chicken wire, but you can make a nice tasty sandwich. You get a list of ingredients required, just find them and start making stuff. So simple even a goblin could do it.

Picking which skills to have can cause a headache. Attack or defence, which is more important, choosing is almost impossible. The fact that you cannot advance into the second tier of skills until you complete enough first tier ones works well.

Do not expect to walk through Bard’s Tale IV without exercising your brain. The puzzles start fairly simple, but in the end they do get quite complex. Getting stuck for a while trying to solve them is quite commonplace.

What’s not so good?

Movement in Bard’s Tale IV is really buggy. There seems a lack of common sense for it. If you are not overly accurate when doing certain actions you can get blocked and have to try again. Crossing bridges was something that got frustrating for me.

Sometimes the crosshair disappears when trying to solve puzzles. It’s a minor thing, but someone has thought to make this happen. It can get irritating.

Due to the fact that Bard’s Tale IV isn’t fully open world, trying to get to a place on the map can sometimes be tricky. Looking around trying to find the alley you might have missed, looking for keys etc… This makes for a very dull experience as so far I have not noticed any respawning creatures to get your level up. I’m not referring to puzzles etc… just trying to get to a specific location.

I have also seen a few bugs. My map stopped working and the game has crashed twice when loading levels, but these are few and far between.

Bard’s Tale IV is not setting the world on fire with it’s amazing graphics. The effort has gone into the gameplay and the story as we so often see. That said, they are not bad, everything looks like it should and there were no issues with anything. The darkness does provide a good atmosphere underground and adds to the experience. Anything that you can interact with have a blue outline when you look at them. This is very useful when looking for items. The map is ok, it does the job, but I wouldn’t have put the key over so much of it when so much of the screen space is not being used. All in all, I can’t complain, but I’m not going to write home about them.

Well the clue is in the name. Bard’s Tale IV has delivered in this department. The wistful lilt in the air transports you back to a time when Robert Burns was composing Auld Lang Syne. One nice touch is when you are loading a game you get a little story about the quest you are currently doing. Play as a bard and sing your way to victory. Music does feature heavily in Bard’s Tale IV and the quality doesn’t disappoint. The sound effects and voice acting are unfortunately not quite up to the same standard, but I have heard a lot worse.

Being a fan of the original trilogy my expectations and anticipation were high. Bard’s Tale IV has fallen short of what I had hoped for, though that’s not to say that it a bad game. There were a lot of things that I felt could have been improved upon that I am sure will be sorted out for Bard’s Tale V. I loved the consistency and homage to the original trilogy that was in there, keeping the line going. It was good to catch up with Mangar again, though next time maybe a quiet drink in the local tavern will be a safer option. Playing the different character types will give you a varied experience, but the plot may ultimately become a little dull. I would have liked to have seen more variety in things to do. The getting stuck was a real bugbear to me as well, I’m not the most patient of people. You can tell that time went into the creation of Bard’s Tale IV, but I think it may be being delivered slightly undercooked. Maybe with a few patches it’ll improve, but for me it was underwhelming.

Disclaimer: A Trow came direct from inXile and gave us a code written on ancient parchment for us to carry out this review.