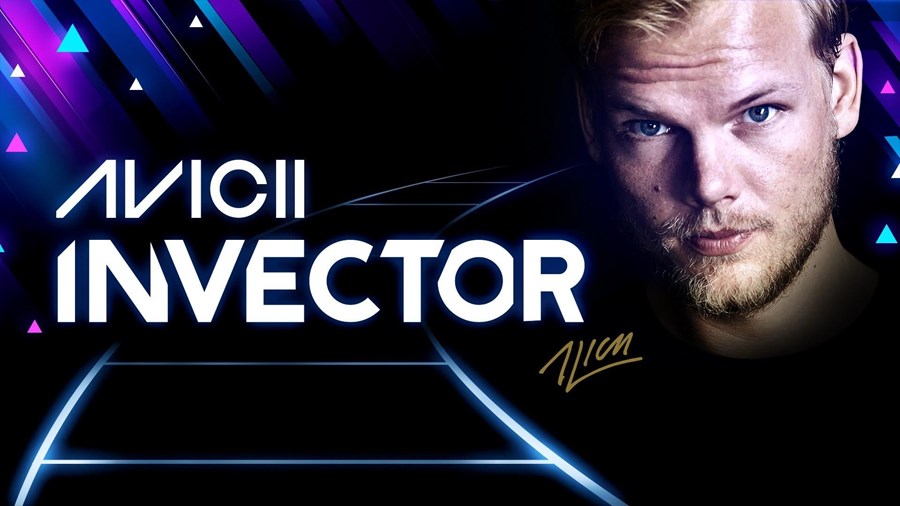 AVICII Invector is a rhythmic action music-based game created by Swedish devs Hello There Games and published by Wired Productions.  It is released for Playstation, Xbox and PC on 10th December 2019 and on Nintendo Switch in early 2020.

The late artist AVICII (Tim Bergling), was a legend to me when it came to electronic dance music as he brought a very distinct uplifting melody and beat to each song that he created or remixed.  His sudden death back in 2018 was gutting not only to his friends and family, but also to his fans around the world.  For developer Hello There Games, they were in the middle of creating Avicii Invector with him, with development starting back in 2015.  What began as a collaboration has in fact now become a legacy to AVICII.  So what was this game they were creating I hear you ask? Scroll on down!!

As AVICII Invector begins there is a touching tribute to the artist which I thought was a wonderful touch. It put my hairs on end.

The easiest way for me to put AVICII Invector into context is to say that this would be the end product if Guitar Hero and Entwined had a baby.  There is an amazing blend of controlling a space ship that is flying through a serene futuristic landscape while also pressing defined buttons at the correct time to the beat of one of Avicii’s 25 monster anthems.

Within the game campaign, there are 6 worlds to unlock, each comprising of a number of songs that you can take on in any order you wish.  The track levels can be played initially on an easy or medium difficulty before the hard mode is unlocked.  The level difficulty ultimately affects the number of buttons and movements you will need to press to the beat within each run through.

AVICII Invector can be played both in single-player as well as 4 player split-screen and also features global leaderboards to see how you stack up with the rest of the community which is great for those bragging rights.  At the time of writing I was proud to be 3rd in the world on one track, however the game isn’t really out yet, hahaha.

Points are scored similar to Guitar Hero by tapping the relevant buttons on your controller as you fly over them in the game.  Each track level is set in a virtual triangular tunnel that contains 3 lanes on each wall, which means that you will need, on occasion, to move the craft either left or right to rotate the tunnel and hit the buttons that are now appearing on those lanes.

The more buttons you hit at the correct time, the bigger your streak becomes which in turn speeds your space ship up.  Your concentration and fine motor skills will truly be tested when this happens!  Should you suffer a brain fart and miss a few buttons then the space ship will slow down and allow you to recover your beat pattern once more.

To split each track level up, and give your brain a slight rest, there are short areas whereby you get to fly your craft through space. The challenge is to now successfully fly through glowing hoops that appear in the distance.  Now although this is relatively simple, you may find that you are being prompted to hit the boost button. By doing so your space ship immediately gathers pace and your calm voyage rapidly turns into a nightmare as you enter the next laned section and are hit with multiple buttons to press in time all at breakneck speed!

At the end of each level you are scored as to your performance with your overall percentage giving you a grade. If you have achieved high enough, you will pass the level.  There is also a breakdown to show you how many buttons you have hit perfectly as well as those that you have missed.

There is a pure-hearted story that plays alongside each of the levels which evolves the further you get into AVICII Invector.  For me the challenge was to unlock my favorite tracks such as the infamous Wake Me Up and Hey Brother which appear on initially locked worlds.

Below is the full tracklisting featured in AVICII Invector:

It is definitely worth mentioning that for every game sold, 25% of the royalties will go to the Tim Bergling Foundation,  which was set up by Tim’s parents to support mental health awareness.

I really enjoyed the animations and backgrounds on AVICII Invector, they are bright and vibrant and seem to celebrate each of his songs.  Every track you play seems to work seamlessly with the music as you fly through an abundance of futuristic landscapes.

The directions you need to send the space ship, as well as the buttons you need to hit, are easy to see and prepare for.  The downfall is more the speed and your response at times!

Well, what can I say? Being a music-orientated game it is of course spot on.  When you put the volume right up and begin, the bass and melody of each song are as clear and bright as being at an EDM concert!

With the variations of difficulty, you can very easily get enjoyment from the game even if you have not heard all of AVICII’s songs before.  With 25 tracks to play through it will take you at least a couple of hours to get through. Of course once that is done you have the challenge of upping the level and also working your way up the global leaderboard.  From a multiplayer point of view, AVICII Invector is an awesome party game.

AVICII Invector is a brilliant and challenging rhythm-action experience and is very different from a lot of the games that are currently out there.

I found the game to be refreshing, and considering the heartbreaking tragedy of AVICII during the making of it. This stands as a legacy to the amazing artist which will stand forever.  Hello There Games should be proud of what they have achieved for AVICII’s fans, As well as the support they are giving towards the Tim Bergling Foundation.

I give AVICII Invector a solid Thumb Culture Platinum award.