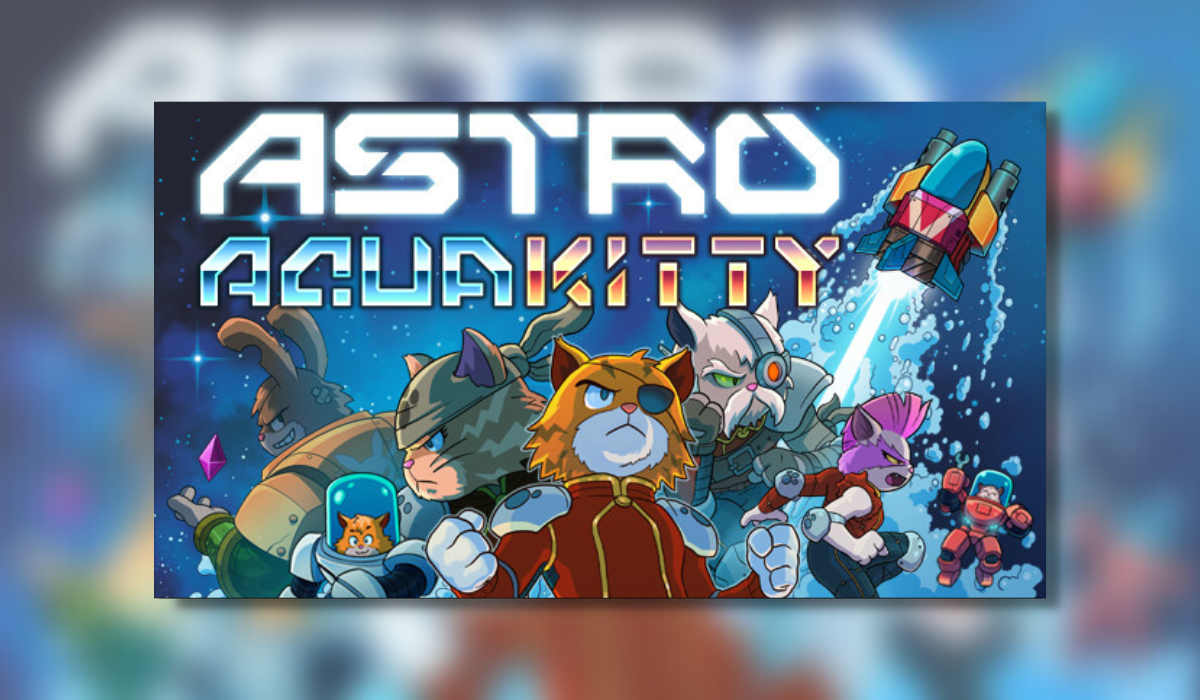 The Shoot ’em Up (SHMUP) genre has gone through many changes, innovations and mashups over the years. Astro Aqua Kitty, from UK based indie studio Tikipod, attempts to bring some new RPG elements into the fold.

Originally launched in 2021 for PS4, PSVita, Xbox One, Xbox Series X|S, Nintendo Switch and PC, this new release for PS5 brings enhancements to visuals and sound.

The Story Mode sees the Aqua Kitty crew take to space to explore mysterious water-filled asteroids. Players have the option of choosing between 4 different pilots, all with their own strengths and weaknesses. Each pilot sports their own unique ship design (a new update to this PS5 version). Paired with your pilot is your pick of one of four engineers who bring their own skills to the fray.

The story is pretty simple. Complete tasks for characters you meet and they’ll reward you with opening paths to explore new areas or offer you some nice upgrades to your ship. While exploring you can mine gems which are the in-game currency used to purchase upgrades to your ship and its loadout.

Weapons and ship upgrades are level gated so there’s never a sense of feeling overpowered. You can switch loadouts on the fly by tapping the touchpad and even during boss battles to try grab some semblance of an advantage.

Don’t let the cute look of the characters fool you or you will be left licking your wounds. This game can be challenging and will whoop your ass at times. Experimentation with ship enhancement and weapon loadout combinations will be crucial to your success.

There’s a really nice variety of enemy types with varying styles of attack. The Boss Battles are where things really kick into gear with some bullet hell attacks and the soundtrack picks up a notch to heighten the intensity. 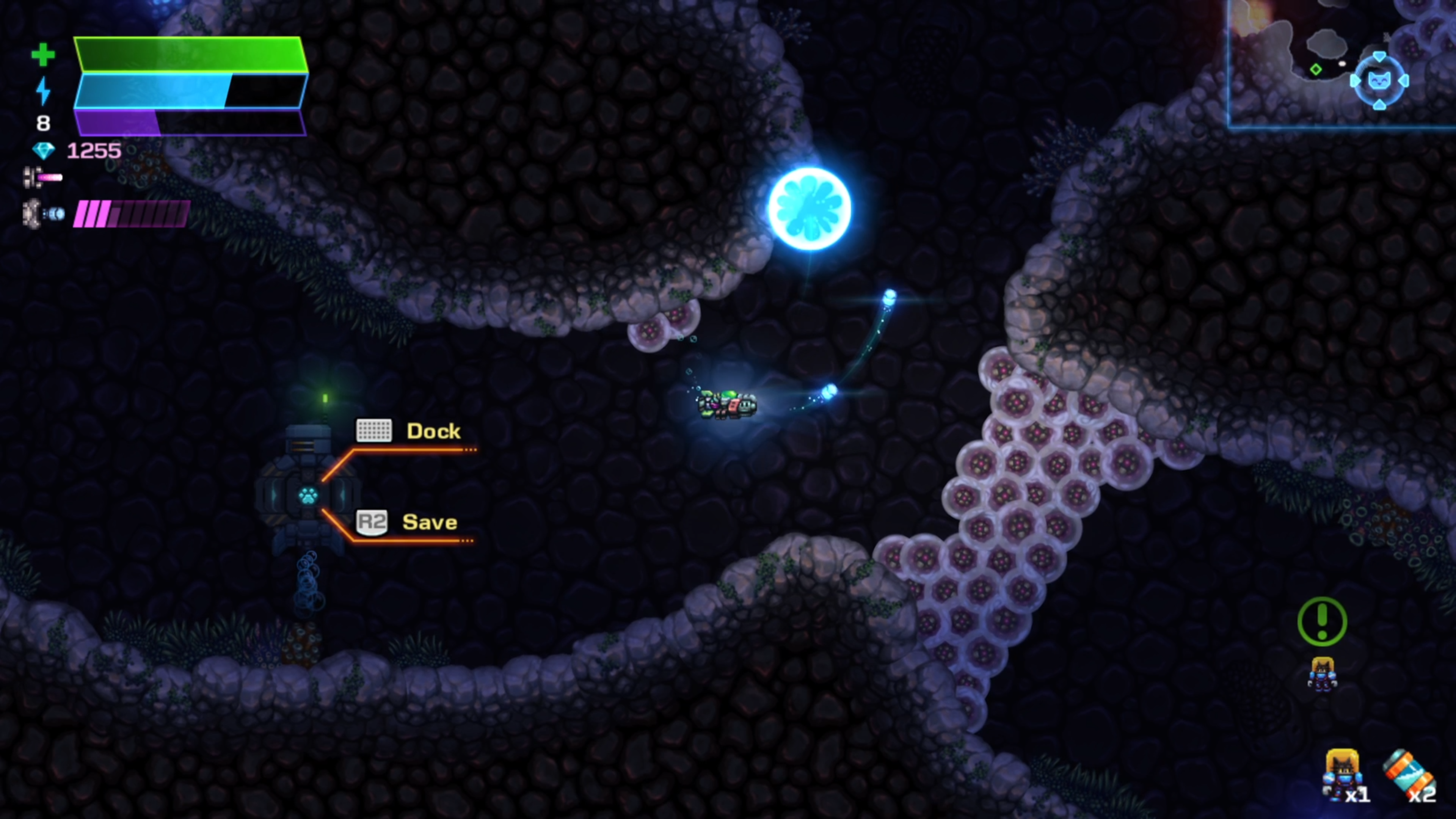 Save at every possible opportunity!

There’s no auto-saving here so part of the experience is to ensure you save your progress. This can be done by visiting one of the docking beacons dotted around the map. This becomes part of the gameplay challenge as it will not always be so easy to get to these docking beacons.

I would really love to see the Dualsense features utilised but understand that implementing these across the full array of weapons might be a big undertaking. They would however add an extra level of immersion and nuance to the gameplay.

Environmental lighting and the sense of atmosphere are really so well done here. Everything runs at a deliciously smooth 60fps.

The little details are such a nice touch and display a meticulous passion for the craft. Things such as little bubbles emanating from the ship’s rear as you accelerate around the stage or the subtle animations around the environments, really make this world feel alive.

These details paired with the rich sound design are really excellent. It’s clear a lot of passion and effort has been put into getting these aspects right. And those boss battle tunes are just chef kiss. Perfect!

While the soundtrack is excellent, the length of tasks in the story mode means the track for the level does begin to wear thin. Some variety within stages would be a nice change.

The game offers up five difficulty options ranging from relaxed to expert. Permadeath is also an option for those brave enough to believe they have 9 lives.

Add to this the option to replay with different combinations of crew members. A nice touch is that the save slots display your chosen crew characters making it easy to identify between different save games.

There’s also an Arcade Mode which offers a completely fresh experience from the Story Mode. It does away with the inventory/loadout management in favour of pickups during gameplay that alter your ship. It’s a more classic style SHMUP.

An added bonus is that Astro Aqua Kitty is a cross-buy title so for €12.99/£9.99 you get yourself the PS5, PS4 and the PSVita version of the game. The Vita is dead… LONG LIVE THE VITA!

Oh and yes there’s a Platinum trophy up for grabs for the keen trophy hunters.

Astro Aqua Kitty delivers fun in spades and gets its claws into you with a challenging but rewarding adventure. The care and passion that was poured into this title is very clear.

I look forward to seeing what Tikipod deliver next.