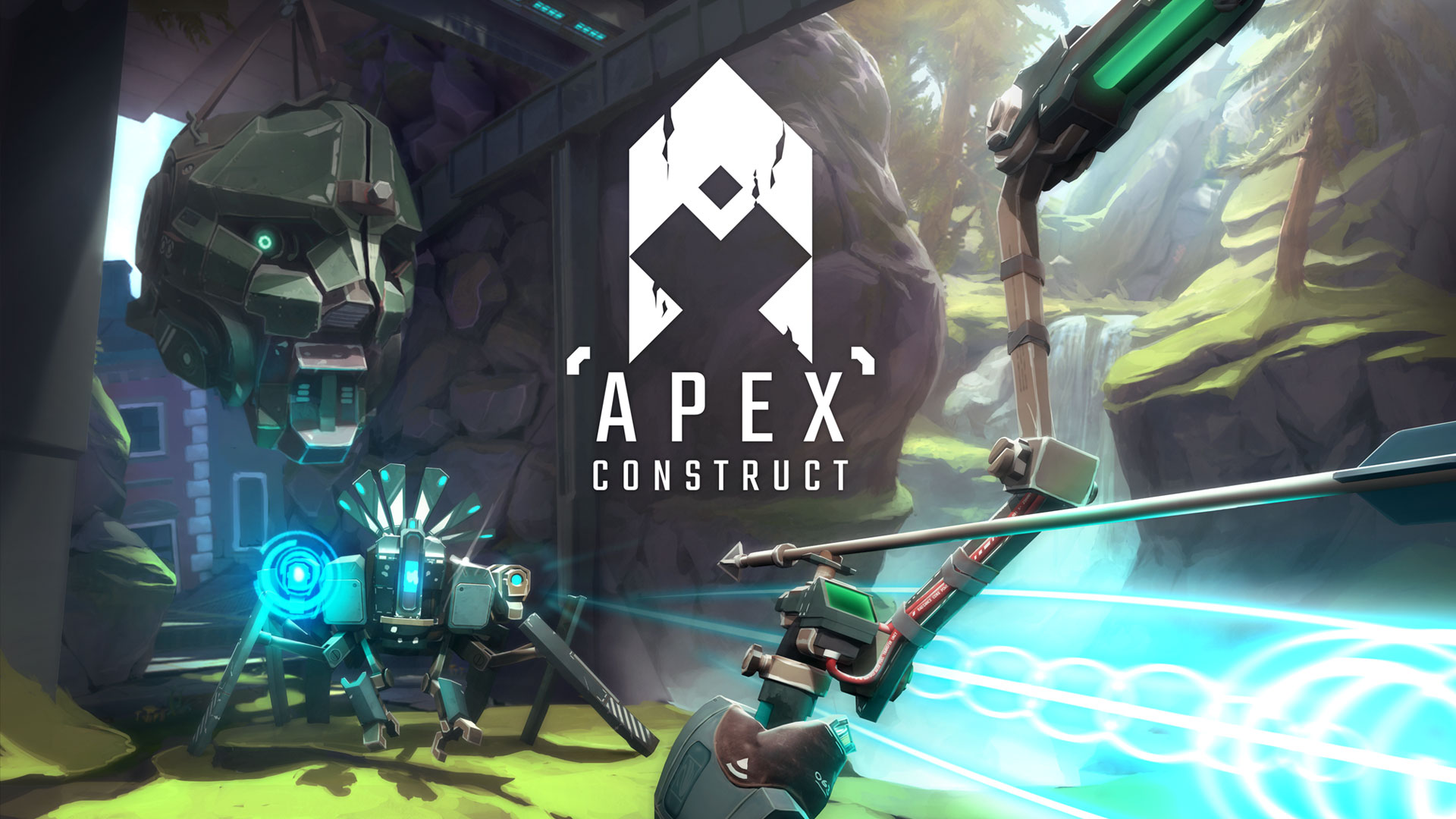 Have you ever woken up to find yourself in a world where you’re ‘father’ has cut off your arm and replaced it with a Robotic one? No… well that’s how life has unfolded for our protagonist in Apex Construct, the latest release from Fast Travel Games. Set in a ravaged dystopian future where mankind has completely shattered the world as we know it, Apex Construct gives players a first person action/adventure game where you must use both your wits and combat skills to survive… The fate of mankind rests squarely on your shoulders… Will you survive?

MY question is… will Apex Construct survive this review? Let’s find out…

In Apex Construct you first awaken with little to no memory of how you ended up in this world or who you are… because of this I’m going to avoid talking about the story side of the game as everything you do and experience is part of a learning curve. Instead I’ll jump straight into the gameplay…

One of the first things that peaked my interest with Apex Construct was that it’s an in-depth story-driven game that is completely designed and built around VR and hasn’t just been adapted to fit the visual requirements.

Within the first few moments of donning the headset I could feel the difference compared to some of the other titles that have been adapted to VR. All of the controls seemed to be more intuitive and natural rather than remembering a bunch of button presses to do simple things.

It becomes apparent really quickly that things are not what they seem in this world and within the first few minutes you realise you are the soldier on the ground in a war between two AI beings names ‘Fathr’ and ‘Mothr’ (Hopefully now my comment earlier about my father cutting my arm off doesn’t seem quite so disturbing…).

Speaking of cutting off arms, this results in what I felt was one of most enjoyable parts of Apex Construct, within the tutorial you acquire a bow that works perfectly in sync with your cyborg arm (who would have thought?). This then results in the most realistic archery experience I have had in VR yet where you actually have to nock the arrows and draw the bow properly to fire them or it simply doesn’t work. Gone is the cursor telling you when you shoot, it’s completely based on your sight, aim and a steady hand. 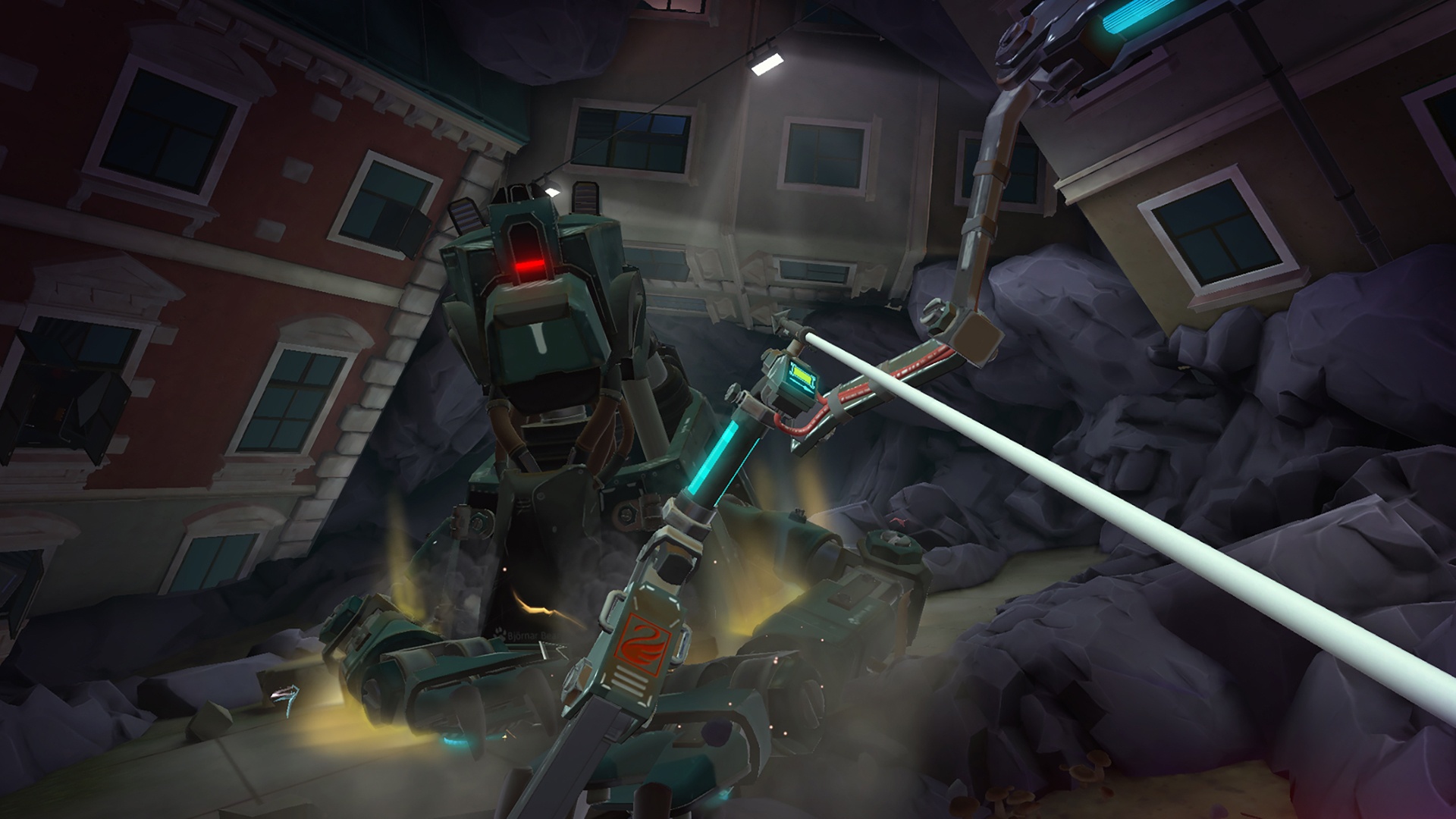 There is a very distinct puzzle/combat area mechanic within Apex Construct which after a short while becomes easy to spot and you will know as soon as you walk into a building or room what is required. However, the puzzle side reveals just enough of the story at any one time to keep you interested throughout, and while the combat does become a little frustrating at times (mainly because of my poor archery skills) I always found myself coming back for more as I knew that victory was achievable.

There is a very strong RPG feel to this game as you will be expected to upgrade your character and weapons at the home base and the ease of progression will be determined on how you level up these items. The good news here is that as you work through the levels you will find places that you can’t enter at that time giving you reasons to go back and replay them when you are at a high enough level which aids in the ‘grinding’ aspect of level progression. 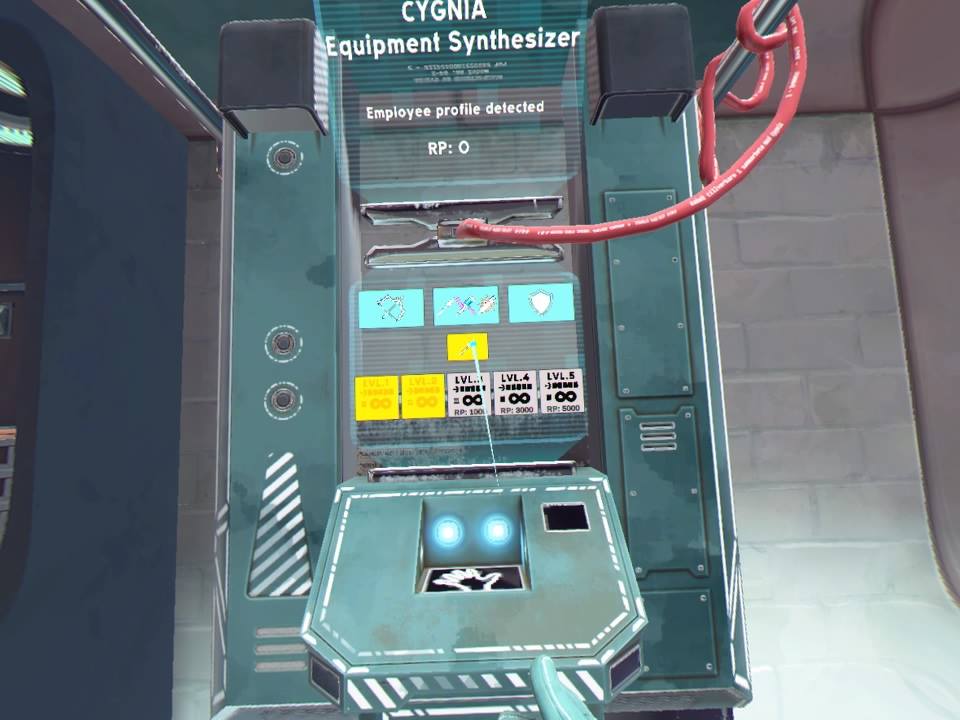 If there was anything with the gameplay that I found annoying it was the way the motion controllers work when picking up items, it is extremely easy to drop items and if you do it’s a nightmare to try to pick them up off the floor as they drift out of sight of the camera, this is more of a VR issue than a specific game problem, but it is still very annoying at times when you’re trying to complete puzzles.

Apex Construct is a beautiful world to explore, it gives life to the post-apocalyptic world without being overly realistic with its visuals. Its attention to detail in areas that you are supposed to go is very pleasing, however there are some glaring issues when you explore in areas you shouldn’t go to using the teleport function, you can literally see the edge of the world cleanly cut away. 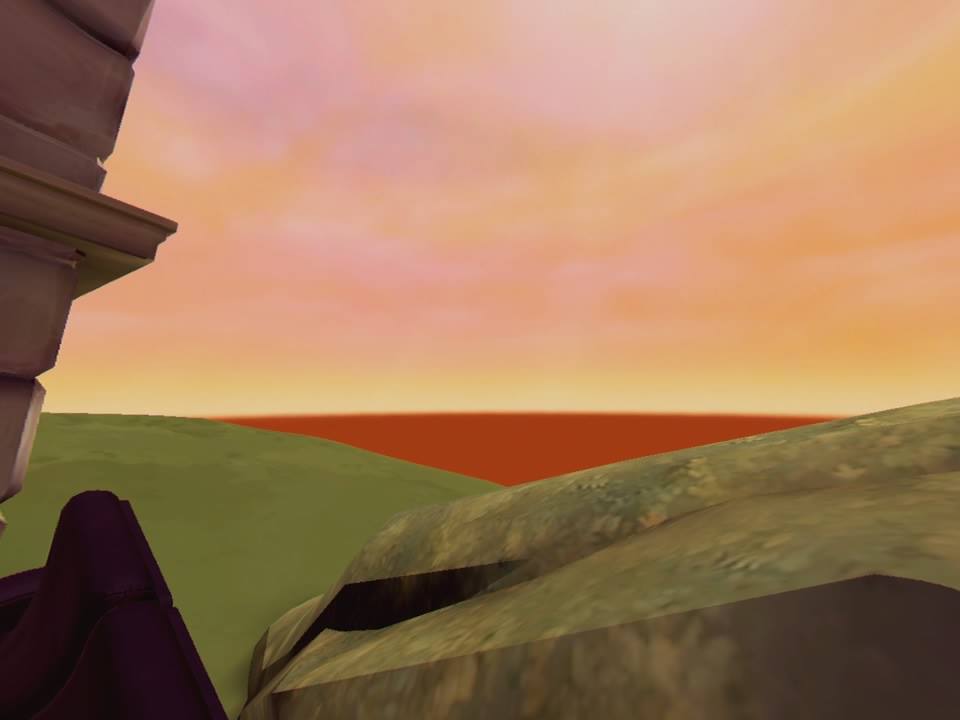 Unfortunately this isn’t the only issue as I found a number of problems with items being in different locations than where the graphics showed them to be (things such as buttons on the walls and the keys on the keyboards) and this made it annoying at times.

That being said I can say that in my opinion because the game was purely developed for VR I didn’t pick up on any frame rate drops with fast movement that I’ve seen in a number of other titles or any particularly immersion breaking issues as long as you didn’t stray too far from the allocated paths (obviously not meant to be ‘open world’).

Do you find it annoying to have a constant voice in your ear telling you what to do at every turn? Well that’s kind of how the audio works in Apex Construct. For the majority of the time you have the voice of Fathr in your ear (probably from the cyborg enhancements) and while he isn’t screaming at you it’s a little off-putting while you’re trying to concentrate on something.

There isn’t a great deal of significant audio to discuss. What is there fits nicely into the background and most of the noises can go unnoticed. I personally prefer this as it leaves you to focus on what you need to do, especially when you’re sat with headphones on. That being said, there is an important mechanic with the background noise as if you pay attention you can pick up on the locations of enemies by the noise they make and the direction of it. I wasn’t expecting this and it came as a pleasant surprise

As someone who has finally managed to get adjusted to VR so I no longer need to take breaks every 30 mins or so to overcome motion sickness, I can say that it’s possible to lose yourself in Apex Construct for hours on end if you’re looking to collect all of the bits and in-game trophies (not the PS Trophies – although you can spend a considerable amount of time on those too). However, this isn’t a title that I could see myself going back to once I completed the story as the puzzles are fairly straight forward to work through once you know what to do so I think a second play would become a little boring.

Apex Construct is another game on PSVR that has no Platinum trophy… I am disappointed by this as it feels like there should be one given that there are actual in game trophies to collect, just feels like they dropped the ball a little here.

I believe that Fast Travel Games have created a very enjoyable game with Apex Construct, and I would recommend this to anyone who is looking for a story driven VR game. It isn’t without its faults but in truth I don’t think there is a VR game out yet that can say it is so I can’t be overly harsh. Trophy hunters may be a little disappointed as there isn’t a massive amount to collect, but that doesn’t mean you won’t sink hours into the game to achieve what is there. Overall I believe that Apex Construct is worthy of a solid Thumb Culture Gold Award.