We here at Thumb Culture were lucky enough to chat to Chris Jeffery, the programmer and game designer at Made By Titans, to discuss his latest game, Squishy Sports.

So, tell us a little bit about your game and where did the idea come from?

Oof. Straight in there! Squishy Sports is a couch competitive, physics-based 2D party/sports game where the characters are shapes and everything is squishy! Since it’s physics-based, all our characters hit the ball in unique ways, thus create interesting and quite manic gameplay!

So Squishy Sports came around quite sporadically really. There wasn’t any “AH HA!” moments with it. My background for a lot of my game development career has been in web games and I’ve always toyed around with the idea of creating a couch multiplayer game but never really could with the constraints of Flash Player. Once I started using Unity more, I figured it made a lot of sense to revisit some old designs and ideas that I couldn’t really develop.

Last summer I decided to develop a little prototype of a circle and triangle playing Volleyball. I probably spent a week or so just obsessing over how these little shapes move and how it feels when you hit the ball, then sent it over to Matt and the rest is history really! We’ve been working on the project since around September last year by throwing a day or so into the game every week. 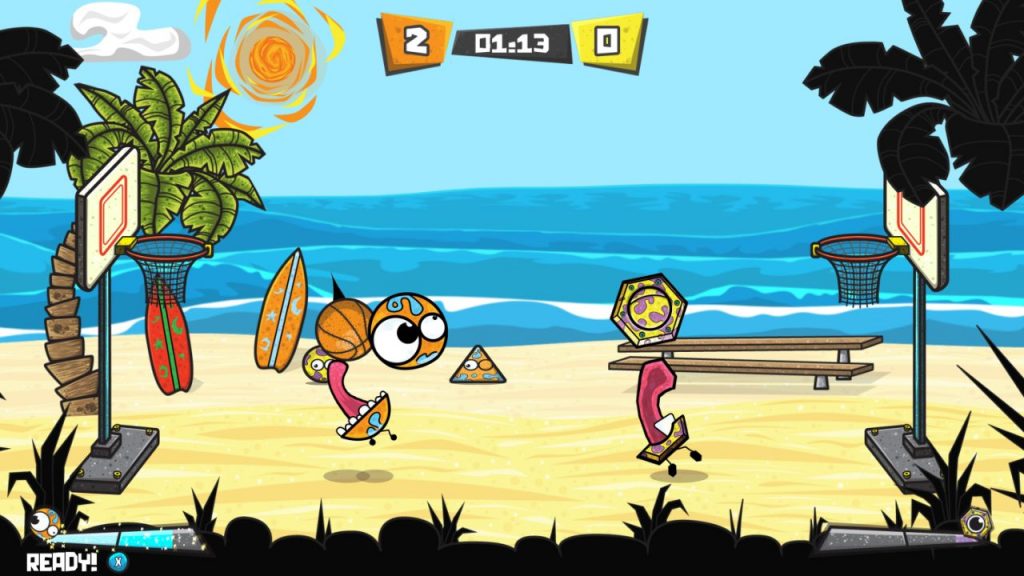 It really does sound like a passion project. Are you able to share some information about the characters and game modes that will be available?

Yes! Yes, I can actually! Our main roster is going to be a line up of 8 completely different shapes. We’ve announced Circle, Triangle, Square, Hexagon and JUST announced Trapezium. BUT we’ve finished development on four others. Each of our characters really provides a unique playstyle since they hit the ball completely different. Some characters can jump higher, move faster, all to really balance the gameplay and they’ve got their own little personalities too!

Also, we are announcing a character on our Twitter soon! My favourite is the triangle, the triangle is so angry!

I think Trapezium is my favourite, he’s like the Fonz, if he was a quadrilateral shape with one pair of parallel sides. Anyway, in your opinion, what are the main characteristics of a good indie game?

I’m a huge fan of polish. Those tiny little details that developers can really buff up and obsess over can honestly make a game great for me! It can be seen in Squishy sports, from the get-go, I wanted to make everything in the game feel very tactile and give the player a positive experience for pretty much any action they do. It becomes satisfying and I just love that in a game. You can call it “Game feel” or “Juice” too to a degree, but it’s just layers of satisfaction a developer can add into an experience, it’s something that can be overlooked a lot nowadays, but something just as simple as the character “feeling right” and being extra responsive and satisfying to move can make or break a game for me.

Think of the slowmo in fighting games like Street Fighter when you land a big hit.

The vibration and screen shake when you slam in to cover in a Gears of War game.

You’re right, it is such an important part of a game. I was wondering, which indie games are your top inspirations?

I take inspiration from so many different places – it’s so hard to just pinpoint a couple of them!

There are literally so more too, but those are the standouts for me that have inspired me as a game designer! When I get time, I can’t wait to sink my teeth into more of Baba is You, Celeste and Hollow Knight as they’ve been staring at me for too long now…. some longer than others! 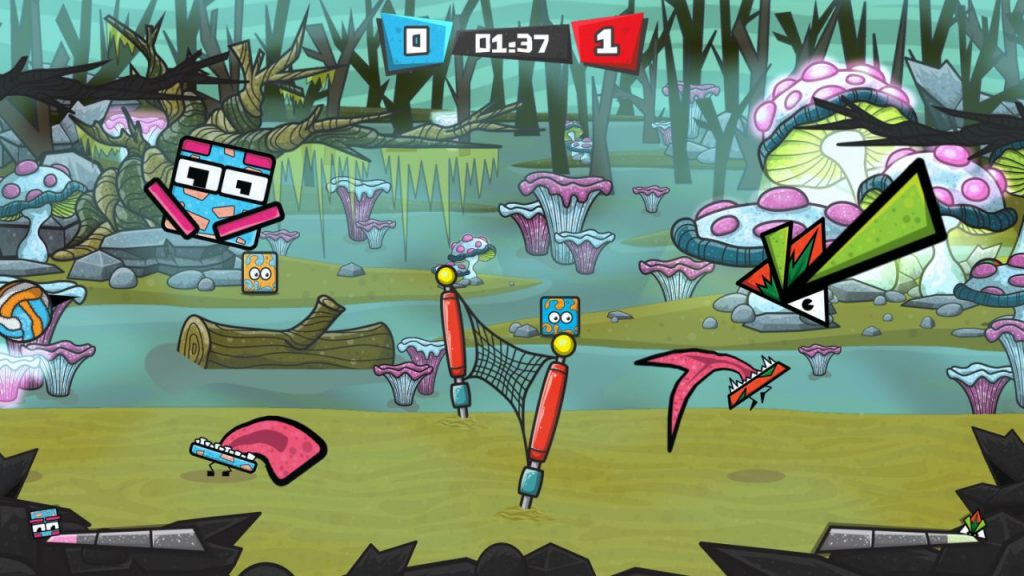 You just listed some of my favourite indie games! As an indie developer, it must be difficult working in the industry. What has been the biggest challenge whilst making the game, and how did you overcome it?

Juggling a healthy work-life balance is definitely up there. Matt teaches full-time and I teach part-time at the moment, so we’ve been really burning the candle at both ends to get achieve what we’ve got so far. I’d say that is our biggest challenge and it still is a big challenge. Making sure development ticks over at a solid pace, but also ensuring neither of us is working too much and burn out. Aside from that, in terms of technical challenges, we’ve luckily not had any that are major. We’ve both got strong backgrounds in game design and development so everything has worked in our favour (For now….).

Okay, this is the question that I personally have been excited to ask, which platforms will the game be available on and when can we get our hands on it?

The main platform we’re aiming for is the Nintendo Switch. It makes sense for our game and a lot of our design choices were made around JoyCons due to the super accessible and uncomplicated button layouts. Saying that we’re wanting to launch on PC, Xbox One and PS4 too – we’re just a two-person team though, so that’s a lot of hoops to jump through. But that’s the plan!

Currently, we’re in mid-development. We’re estimating another 7 months of development left at our current rate as we’re self-funding the development of the game! But… *Wink wink* if there are any publishers out there, we’d love to speak to you. Give us a nudge! Realistically we’d be looking at sometime next year for launch though. But please check us out at @SquishySports on Twitter and on http://squishysports.com/. We keep those up to date with Squishy goodness!

Thank you so much for your time, Chris. We here are at Thumb Culture look forward to covering more about Squishy Sports in the future.