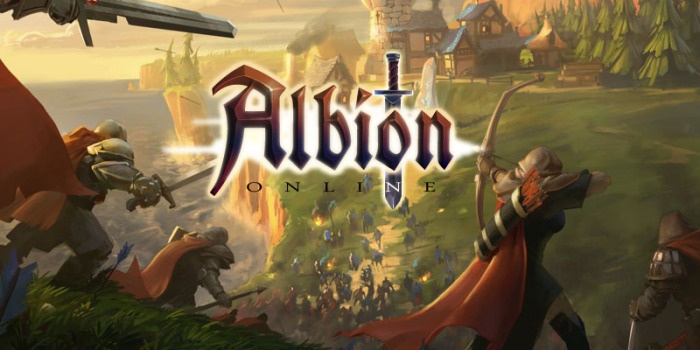 Albion Online is a MMORPG that wants you to create your own story.  There are no quest other than what you set out to do.  Albion starts you off and pushes you in the right direction and its up to you to take the wheel and decide weather you want to be a PVP warrior or a PVE healer or if you just want to craft things and sell them to people who need them, that’s fine too.  You can make it your main job to go out and mine different types of ore and bring it back to the city and sell it on the market place.  You can also take that ore you gathered and refine it to make bars and sell that as well.  You can also take it a step further and use those bars to create Plate armor for a tank that will need it in combat.  The same goes for leather and cloth, there are so many options at your disposal.  You don’t have to respect your talents either! You can simply stop collecting ore, go back to an area with lower level animals to skin or cotton to gather and start levelling that profession, its all up to you.

There are several different types of weapons and armor in this game you can make and/or buy from the market place (made by other people in the game).  You can be a sword and shield wielding tank with all plate armor, or a damage dealer wearing leather and using daggers or bows, or maybe a healer wearing cloth.   Mix and match these things to create your own play style.  You can be a fire mage with a staff and wearing plate for protection if you wish, which is viable in Albion Online.

There are different main towns in Albion Online.  Find one that suits your needs, per say you mine ore, you would want to hang out around a town that has locations filled with ore around it to make your journeys easier on your poor Ox or horse.  Be careful though! Some zones are dangerous to be in, like the yellow zone where Player Versus Player is active and another person can knock you out and you will lose part of your inventory.  There is also a red zone where if another player kills you they can take your gear! So its always wise to be vigilant when you are you farming in these zones.  Due to the high danger in said zone the reward is much higher than it would be in a non-PVP zone, making it all seem worth it.

You can play Albion Online solo or you can join a guild.  Guilds are very helpful and will give you advise and take you along on massive player versus player excursions against other guilds.  It could be upwards of 50 players versus 50 players leading to some crazy stories and fun filled madness to talk about back at the guild hall.  The community in Albion Online is one of the friendliest I have seen in any other MMORPG.  Even though you can spend a lot of time slaying other players, nobody is really toxic and most will help you with whatever you need. I was very impressed by this aspect of Albion Online.

Once you pay for Albion Online the game is free.  There is a premium version of the game which grants;

Increase your skill progression speed with a 50% fame bonus

Master the Destiny Board faster with regenerating Learning Points

Boost your trading profits by having market taxes reduced by 50%.

Don’t worry though you are able to buy premium with in game silver.

Albion Online has beautiful scenery in the different zones from swamps to vast deserts to snowy landscapes.  Think less Skyrim and more RuneScape 2.0 and it works well for this game.  You can tell what things are just by looking at them and each gear piece on your character has a slight difference which makes getting better gear that much better.

The sounds of the bells ringing in the distance and the soft waves rolling on the shore with birds chirping away really helps with immersion.  I can spend hours on this game just fishing for fun.  You can hear enemies yell when you get to close, prompting you to turn and fight! Or maybe run a little faster.   It also feels nice hearing the sounds of you pick axe tinking off the ore while you day dream about all the silver you are going to make.

Albion Online is not for everyone.  It is not a hack-and-slash and its not a shootem up.  But where it shines is the community and the MMORPG type gameplay.  You can spend hours just working on your profession and making silver or hanging out with you guild running dungeons and hunting down other players.

There is not really an end game because the end game is what you make it.  If you want to rush to wear the best gear and do the hardest dungeons that’s great!  You can also be happy just farming tier 2 materials to sell on the market place for other players, and that fine too.

One thought on “Albion Online Review – Grind till you drop!”