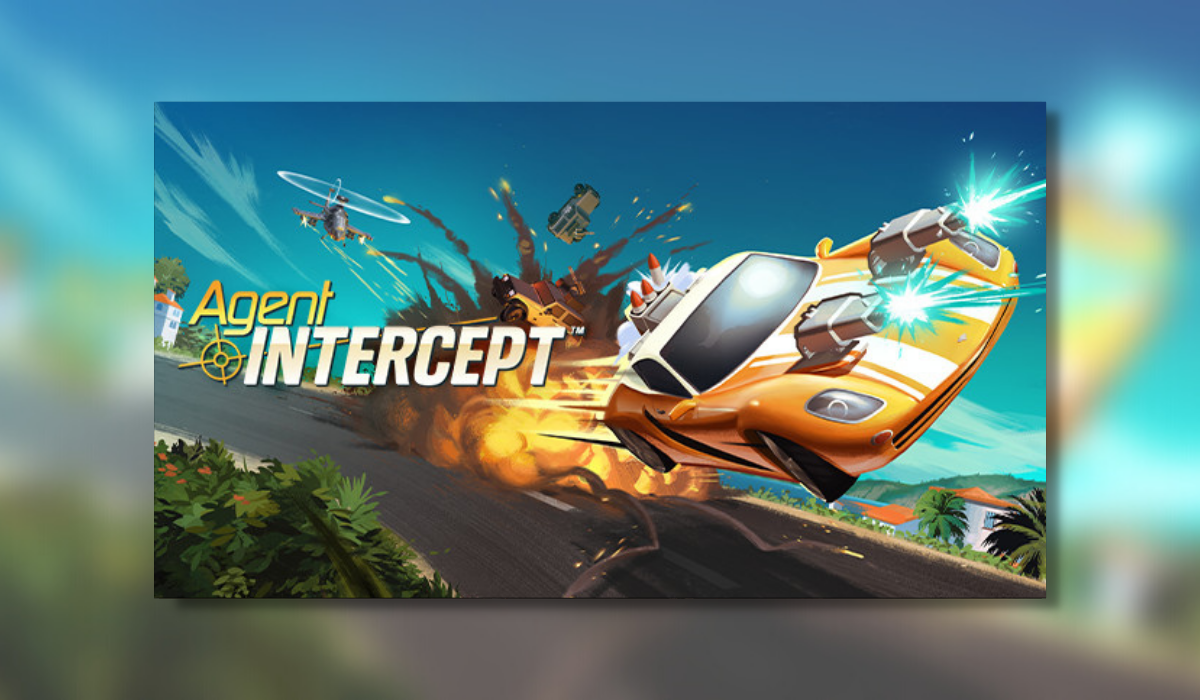 Agent Intercept is the latest title from New Zealand developer PikPok. Arcade-Racing in an over-the-top style that see’s you drive a spy vehicle, perform ridiculous stunts and blow things up. Agent Intercept is available on Playstation, Xbox and Nintendo switch from 30th March

Your Mission Should You Choose To Accept It

Seeing Agent Intercept for the first time, I was dubious if I would enjoy it. The premises of the game was appealing I was unsure of how it would achieve the desired outcome.

It is time for you to step up, Agent! Face off against the criminal organization CLAW as you drive the Agency’s latest high-tech transforming vehicle, the Sceptre. Perform over-the-top stunts while dodging enemy fire, mines, and lasers, and blow up enemies with the Sceptre’s high-tech gadgetry. Immerse yourself with exotic locations and an original high-energy soundtrack while you transform the Sceptre from car to plane and more! It will take all you have to defeat CLAW with new threats around every corner.

I chose to review Agent Intercept on the Playstation 5 although graphics aren’t going to play a huge part. PikPok has chosen to have a minimal amount of controls. Auto acceleration plays a massive part in being able to focus on boosting and lining up those shots against enemies. Transforming between vehicle styles is also done automatically.

You jump straight into a training mission where you will learn the ropes before being summoned to an important briefing. The evil organisation known as CLAW is planning on causing global disaster. Throughout the game you are simply called “Agent”, you play a faceless character who is no-nonsense and just gets down to business.

The campaign consists of 3 chapters and 5 missions within that chapter. At all stages, you will be up against helicopters, armoured vehicles, laser satellites or even fighter jets. There is also side missions and score attack which you will be part of a global leaderboard! I’m quite positive that my #1 in the world title will go within 5 minutes of the game’s full release!

Chain events to keep that score multiplier ticking over and watch as the camera pans out as you perform stunts and the landscape changes from Roads to Ice hills.

Agent Intercept is a fun game with a quirky plot that will make you either cringe or laugh. It is not trying to be something it isn’t. If you are looking for a serious spy-driving-shooter then this isn’t going to be for you. If however, you want to relax and not take life to seriously then this will do the trick.

Having made the port from Mobile has helped as the brightness levels with contrasting colours really does improve the game. No this isn’t Forza 5 or GT7 you aren’t going to have realistic cars with ray tracing, however, that is not a bad thing. It goes back to what I said earlier it isn’t trying to be something it isn’t. This is a cartoon style game that will remind older gamers of Transformers or Inspector Gadget wow I am showing my age now!!

There were a couple of occasions where the camera angle would mean you see through the level, especially when going down steep hills.  Fully voiced in English with a diverse cast of characters each with their own quirks.

It is when you look at the audio that actually it really does well, from mimicking that earpiece level of communication to 30 original songs inspired by beloved soundtracks of the spy genre. Mix this up with the high speed and explosions and you are on to a winner.

The campaign and side missions will last you under 3 hours, which will give you plenty of time to work on that global leaderboard. This feels about what I would expect from this style of game, it doesn’t drag the story out any more than is needed, Mastering the levels to maximise your multiplier will obviously aid you in reaching the top of the boards and give some bragging rights.

An enjoyable title that gives enough to make you want to hit those global leaderboards. It has come out alongside some massive new releases but is a title that you don’t need to spend a massive amount of time on. I think the only thing that I would have liked to see is a few more modes that make use of the jumps as this is an area that isn’t really underused. The controls of the fighter jet are very different, especially with how quickly you switch from vehicle styles.