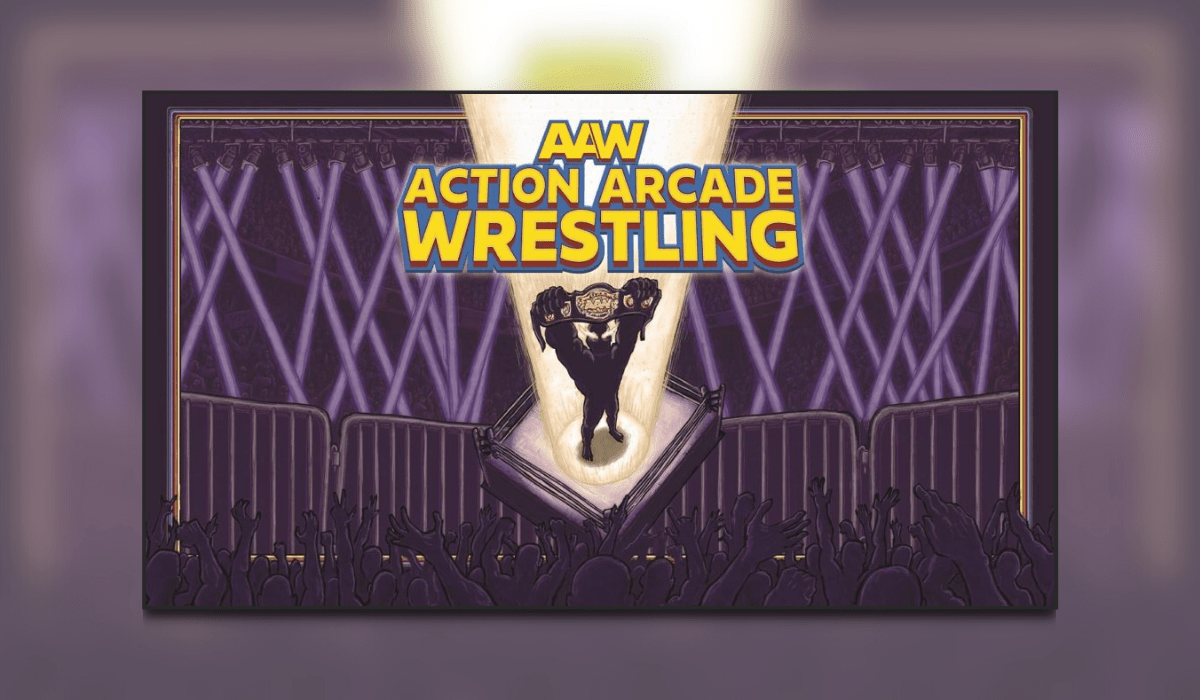 From developers VICO Game Studio, and published by Reverb Triple XP we have Action Arcade Wrestling. Available on Nintendo Switch, Steam, Xbox One, PlayStation 4 for the low price of $14.99/£12.49 respectively. With an aim to recreate the feeling of the 16-bit wrestling games. Does it succeed in this aim? We aim to answer that question.

Being an old wrestling fan of 22 years, I have been playing the games for many years also. Before your WWE 2K games, and even before your WWF Raw and No Mercy games, you had the 16-bit era of games. The ones I have the most memories of are WWF Super Wrestlemania and WWF Royal Rumble. Although similar, there are some differences and in some cases improvements, which I will get to in this review. If you like what you read you can check out my previous review where I checked out Lake here. As always you can catch up with me and the rest of the Thumb Culture crew through the social links at the bottom of this review.

Starting off, the game introduces you to the mechanics through a multi-stage tutorial. Not allowing you to continue until you have performed the move or action requested. This makes sure you understand what you’re doing during your time in Action Arcade Wrestling. You will run through the basics (movement, in and out the ring, etc) before being moved on to how the moves operate. Strikes are handled by the X button and grapples are handled by the A button (On Xbox at least) Holding either of these will perform a strong version of that manoeuvre. Furthermore, holding a direction while performing a grapple or strong grapple will change the move you do. So there’s a lot of moves to use during your match. That’s without climbing the ropes, bouncing off the ropes, picking up weapons…You get the idea.

I did find the modes in Action Arcade Wrestling quite limited sadly. Included is:

While this isn’t terrible, I would have liked to have seen some kind of a progression mode included. Despite being fun, Arcade Action Wrestling got dull quite fast for me. There are only so many times you can play an exhibition match before you get tired of beating the breaks off your opponent. That being said, there are a variety of move types and weapons which you can use throughout your match, including setting tables on fire!

Where this game shines is its creation and download centre. They have a very wide variety of downloads for wrestlers and ring designs from all promotions, as well as some fantasy creations (Who doesn’t want to see Kratos take on a number 2 pencil?) There’s also a creation tool to create whatever you want, I had a brief look at it, but creation isn’t my strong suit sadly, so I was a little over my head with it all. However, this does add a little extra to the game.

The graphics are fine honestly. They’re very reminiscent of the old 16-bit wrestling games as mentioned at the start of this review. They capture the old-school feeling perfectly, while still flooding the player with nostalgia for the older titles. The gameplay is a smooth 60 frames per second, and displays crisp graphics, while at the same time feeling retro. It’s a fantastic depiction.

You will hear sounds while striking your opponent as you would expect. There are also noises while performing grapples and submissions, as well weapon noises and hitting your opponent off items, like a guard rail for example. The sounds add to the game and again, they feel modern, but also retro at the same time.

As stated previously, there isn’t a lot here to keep you entertained outside of the exhibition matches. Downloading new characters and arenas is a very nice feature to have, but it doesn’t change the game enough to add any length to it. There is no online play sadly, which if this was the case it would definitely have more playtime from me. Multiplayer mode is here for a bit of party mode fun, but unless you have someone to play with frequently I feel Action Arcade Wrestling will just be one of those games you pick up every now and again for a half-hour or so.

I liked this game, I really did. I just wish there was more to keep you gripped to it. Hopefully, in the future, they will expand the game and add more features. As it stands I’m going to have to give Action Arcade Wrestling the Thumb Culture Gold Award. I couldn’t give it anything less, as the presentation and raw mechanics work very well indeed. As stated it would be a much more gripping game with a story mode, or even just a ladder mode, potentially where you can fight your way up to a title shot. This would add a lot more to the game, and I’m sure more people would keep coming back to it. I will leave you with the game trailer as always.