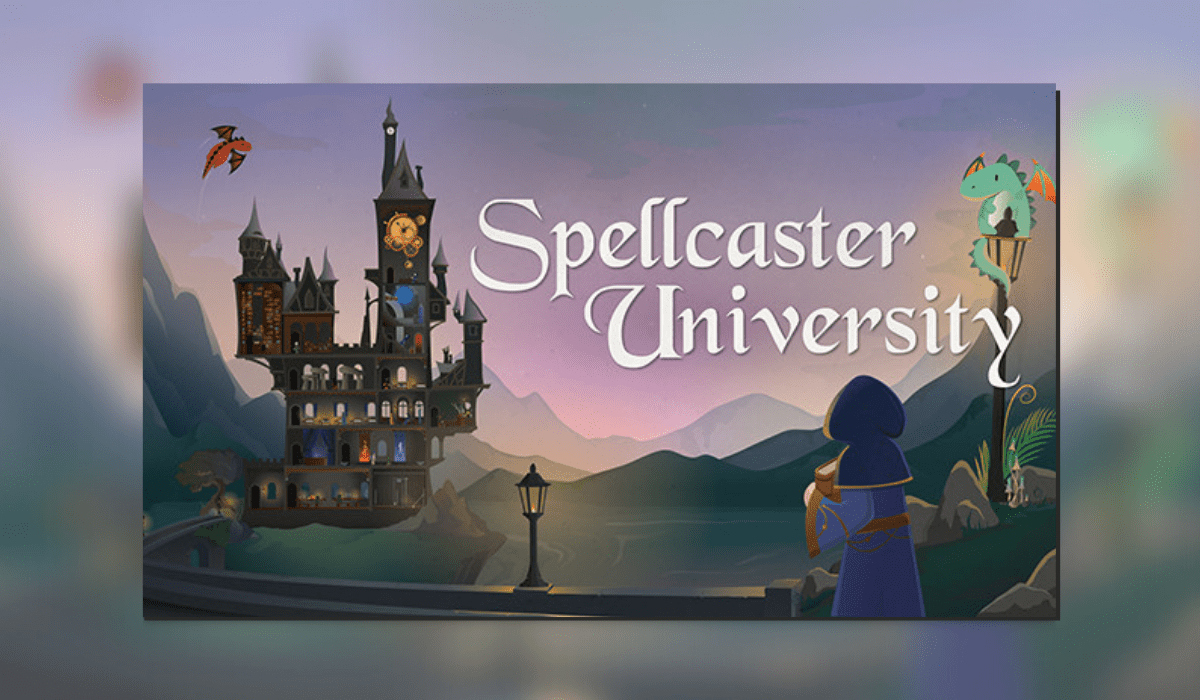 In Spellcaster University you are the CEO of Magical Education, everything from budget to build is under your control. If that wasn’t enough you have to recruit teachers, keep them happy along with ensuring you have the right students. In short, you are Dumbledore. Spellcaster University is a deck based tower builder simulator. Obviously, all based around magic!

On first picking up Spellcaster University and running through the first couple of challenges to get a good feel for the game, I knew it wasn’t going to be easy to master. I blindly just went ahead building my university, putting things where I thought they should go. Selected room types because they sounded cool. I quickly realised there was in fact a lot of thought that had to be put into this. The first thing is, what do you want to specialise in? Do you want a dark arts university or specialise in more Druid and Shamans? Starting with this decision can vastly help and will stop you from placing random rooms across your creation.

As mentioned previously Spellcaster University is deck-based, there are 6 decks in total that are available. Each one unlocking depending on what you have built into your school’s curriculum. Each of the decks also has its own cost/currency, the more you use one the more it costs for the next pull. When you pull (without modifiers) you are shown 3 cards and each time you pick the one most suited to your build. There is a nice little indicator above them as well which shows what you have already used. The cards vary from new rooms to room upgrades. Room upgrades come in the form of potions, decorative items and the odd fantasy creature!

As you progress through the game you are presented with different challenges, these come in the form of different build types. For example, some map locations limit the width of your school. There are also challenges within the game, from ensuring you keep the local villagers happy to keep the dark lord away! Every choice you make could potentially change your path.

Taking all the above into account, the main part of the game is to ensure you fulfil the requirements of your students. By doing this you are helping them for their future and ultimately deciding what they may specialise in. They might become a peasant if you aren’t managing your resources correctly. However, you also have the potential to push them to become archmage. To assist them on this you can create houses, yes just like your favourite film based on wizardry! You can customise these so they each have a focus depending on the abilities of the students. You can get very creative and potentially create your own Hogwarts.

When it comes to the graphics, I wouldn’t say I was let down but they weren’t as polished as I thought they would be. There are some quite blocky textures when you are zoomed in. However, on a full zoom out you don’t notice these as much. I would say graphics are probably one of the few things that let Spellcaster University down. It would have been amazing to see some magical spells taking over the university with the graphics to bolster it. Having said that, it doesn’t detract from the game.

The soundtrack of Spellcaster University easily slips into the background. On loading the title you notice it. However when the concentration kicks in you are more bothered about keeping the Orcs happy! It does however add a bit of depth to the game, obviously, a title with no music would feel flat. In Spellcaster you have a magical loop that reminds of a modern take of an old school fantasy-based platformer.

As it’s a title that needs to be mastered, you can sink hours, days, weeks even months into it. Understanding what each of the cards does takes a while to start off with. Once you get to grips with this the gameplay does speed up. It is most likely you will have to play this through to really get to grips with the mechanics and what works best in relation to upgrading your rooms and placement of them.

On top of this, there are five difficulty levels to master! I highly recommend not jumping into Archmage difficulty straight away. As you will learn the hard way and soon be exiting the game to select a lower difficulty. On top of this, you can also choose the game length. Each one of these all the way to marathon mode tweaks the in-game timings. As an added bit of something extra, you can also select a challenge mode just to mix the above options up. For example, the Darkness Challenge, whereby instead of getting three cards to choose from you are only shown two.

I found Spellcaster University overall a great title. If you are a sim game lover and you enjoy some Harry Potter, then I highly recommend it. It isn’t your standard sim title where you can just place anything where you want and just make random decisions. This is what sets it apart from some of the other titles similar in genre.

It is a game that makes you think, whilst having that ability to have a relaxed solo gaming session. It would have been great to maybe see the darkness actually come to your university and attack. Even if this was just a short bit of footage. Having said that, it doesn’t detract anything from the slightly magical gameplay. I award Spellcaster University a Thumb Culture Silver Award.