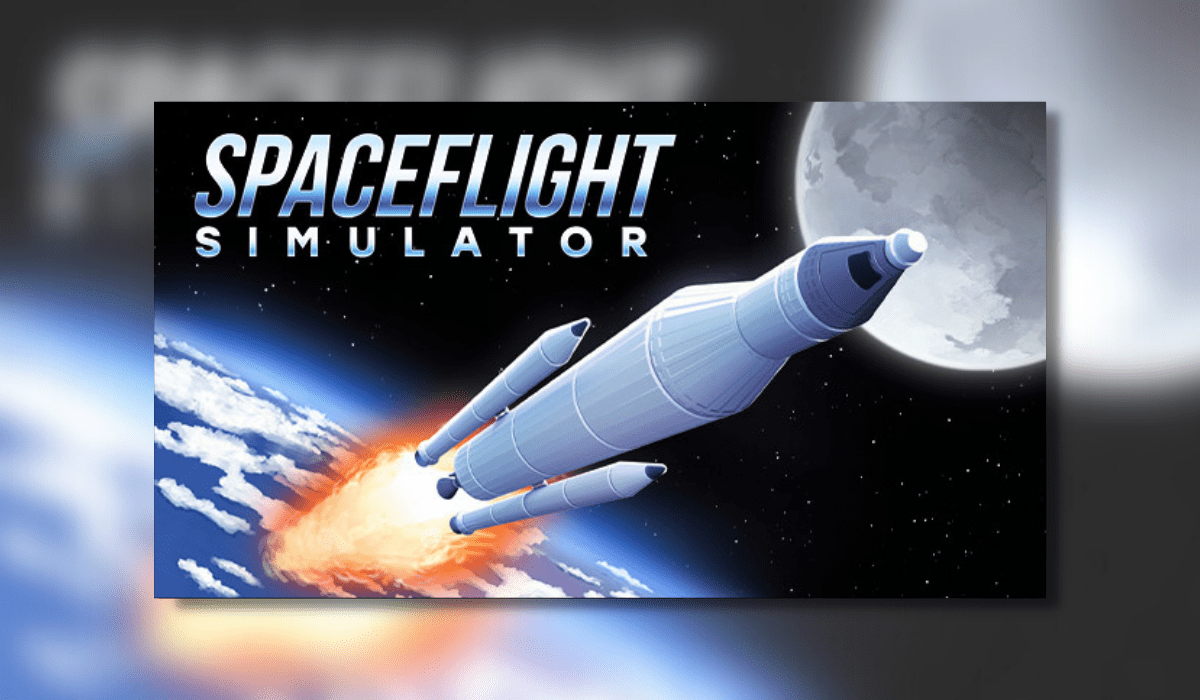 Spaceflight Simulator is a new indie sim video game developed and published by Moroyna Limited. Just entering early access, this title is now available on Steam for a very reasonable £9.99.

One Small Step For Man…

With a growing appetite across the globe for all things space and increasing interest in humanity’s push towards Mars, I feel as though this title is landing at the perfect time. With recent technological advancements including reusable rockets, the James Webb telescope, Starlink and the Tesla that now orbits our planet… I’m curious and hopeful to see if I can play around with any of these things inside the game. So, if like me you’re a little bit of a space nut.. then join me as I launch into the world of Spaceflight Simulator.

Let’s start at the beginning, with the tutorials. Which I have to say, are a little bit unintuitive. Being just flat videos with quick demonstrations, they would benefit greatly from a voice-over, as without them it’s not particularly useful. We have tutorials for ‘Orbit’, ‘Moon’ and ‘Docking’. Some extra tutorials for Launch, Land and Trajectory would be good.

In terms of the end goal, I don’t think Spaceflight Simulator really has one. The idea of the game is for players to come up with their own missions, and see them through from start to finish. Being my first simulator in a really long time, I chose to launch a rocket and land it on (or rather, crash it..) on Mars.

This simulator currently includes our own solar system, so: Earth, Mars, Venus, Mercury, Jupiter & some of the moons. Being early access, we don’t yet have surface conditions on some of the planets (it could be all of them, as I didn’t have time to test every planet!) such as Venus – where the atmosphere is nothing like in reality. Hopefully, these conditions will be added in a later update.

Rocket assembly is crucial to the type of mission you want to run. While the rocket assembly mode is fairly intuitive, it does require a little bit of basic knowledge about rocket science. For example, players need to know that rockets need a frontal heat shield, boosters, cargo hold, etc.

Unfortunately in its current state, all parts are generic. There are no real-world rockets as I had hoped. But it is early access so, perhaps in future my dream of flying a Falcon Heavy or creating a network of low orbit Starlink satellites and providing internet to Martians so we can communicate through various memes and cat videos.. will come true!

As with planetary surface conditions, crew is not yet modelled. This means there are no crew dependencies during flight such as oxygen, food and water management. When landing on a celestial body you don’t need to factor in the human aspect at all.

I have to admit that visually, Spaceflight Simulator wasn’t what I expected. The graphics are simplistic and almost cartoon-like. Space has no stars, galaxies or systems in the background. Again though, it’s worth noting that this is still early access and there’s plenty of time for a graphical overhaul.

Good HUDs are featured throughout the game, which displays information such as trajectory, transfer burns, throttle, velocity, fuel consumption… All the necessities of space flight.

This is a difficult one to talk about in terms of longevity, and let me explain why.

There is plenty to do in this game and at the same time, there is very little. With no ‘campaign’ or ‘missions’ to run, what you do is very much down to your own discretion, imagination and patience. Want to slingshot around Venus, do a quick fly-by of Saturn and land on Mars? Go for it. Want to crash into the moon at 35,000 kmh and see what size crater you can make? Sure, crack on.

What I’m trying to say is Spaceflight Simulator is player-driven. Play as much or as little as you like, it’s really what you make of it.

To say Spaceflight Simulator has been/is being developed by one man, it’s amazing. I was lost and overwhelmed at first, but once you get over that initial feeling, once you’ve played around with the game and figured out a few things, it all seems to fall into place.

It would be great to see some more real worlds added to the game. Being able to launch a Falcon Heavy or put send a Tesla to every planet in the system would be terrific. However, I feel Spaceflight Simulator has a solid foundation to build upon.