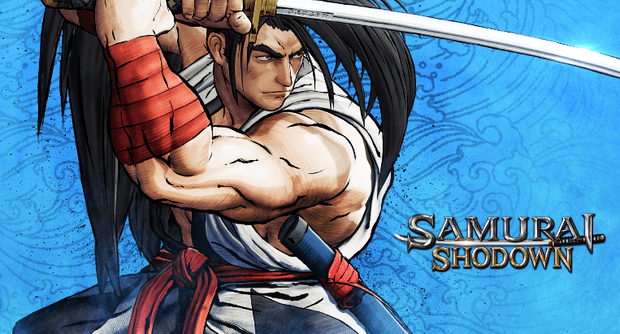 Over the last decade, the fighting genre has had a resurgence and re-established itself with the masses. Thanks to the success of Street Fighter IV, our favourite franchises have been rebooted and restored to much fanfare. From Mortal Kombat to King of the Fighters, aficionados of the genre have been spoilt with the vast selection of games available, however, is Samurai Shodown a cut above the rest?

The franchise is steeped in history, and although the game has never been popular with the mainstream audience, it has always had a hardcore fanbase. Releasing on the Xbox One and Playstation 4 in June 2019, Samurai Shodown has now made its way to the portable phenomenon the Nintendo Switch.

Unlike many of the fighting games currently available, Samurai Shodown is not about learning combos. Instead, it focuses on another important aspect of the genre: precision. Each step, strike and special move needs to be deliberated over making for an intense, sweat-inducing battle.

Even if you haven’t played a game in the franchise, it will instantly feel familiar. The four-button layout is reminiscent of other SNK games and the combinations for special moves are those you’ve been doing for years in Street Fighter. The difference here is the pacing of the fight. You will have to learn when to attack, defend, dodge and commit. This is where the game truly shines and stands out from the crowd. Although conventional, every fighting game needs the cinematic ultra finisher and you will not be disappointed here. Each finisher invokes the spirit of samurai movies of the past with a devastating, styled signature movie. The core gameplay in Samurai Shodown is the best that I have played in a long time and due to this, it’s an essential game for the Switch.

Each of the game’s 16 characters has their own unique and innovative way of fighting. Based on traditional fighting styles, the characters all feel different and this is amplified with the fantastic art style. The characters, stages and general design are beautiful. From the cherry blossoms floating in the foreground to the waves crashing in the background, this game is a visual masterpiece.

The graphics are not as clean as the PS4 and Xbox versions that were released mid last year, but it’s not a huge difference, and that’s partly due to the game’s art style. The stylised fighter includes thick lines, similar to Street Fighter IV making the port feel similar to the original. The feudal Japanese design is consistent throughout. The woodblock paintings, the calligraphy and even the announcer all bring authenticity to the game.

Each slice is sumptuously audible in Samurai Shodown, making every attack feel weighty and impactful. On top of this, the traditional Japanese music is a brilliant backdrop that puts you into the setting of the game and prepared to do some some high quality poking with one’s pointy object.

This is a difficult one, as the longevity of a fighting game is endless. This could be the fighting game you play for the next few years. It has depth in gameplay and a strong player base, and the only issue is the lack of modes. We have been spoiled with the number of modes given in modern fighting games. NeverRealm have set the bar at an unbelievable height with the sheer amount of content available in their games, and unfortunately, this is the only mishit of the game. There is a basic story mode which is what you’d expect in a traditional fighter where each character gets their own ending, an endless mode and online. Not much, I know.

As a core fighting game, this is the best fighter you can get on the Switch at the moment (yes, that includes Super Smash Bros Ultimate). The core gameplay is second to none and if you take the time to learn it, you will be hooked. The lack of modes is an issue but with a thriving online community, competitive matches shouldn’t be an issue. Although the game has a niche appeal, those who are interested will fall in love with it.

Due to this, I give the game a Thumb Culture Gold Award.