It appears that the designers over at Roccat have been doing some innovating with one of their latest gaming mice.  As any left-handed folk will know, if you walk into a shop to check out mice, they are predominantly for right-handed people due to the curved design and placement of buttons however Roccat have broken the mould and come up with one that can be used by both left and right-handed gamers alike.  How have they achieved this I hear you ask?  Well, it is all thanks to the mirroring of the handy buttons down each side of the mouse as well as making the mouse body symmetrical.  Behold the Roccat Kova Aimo. 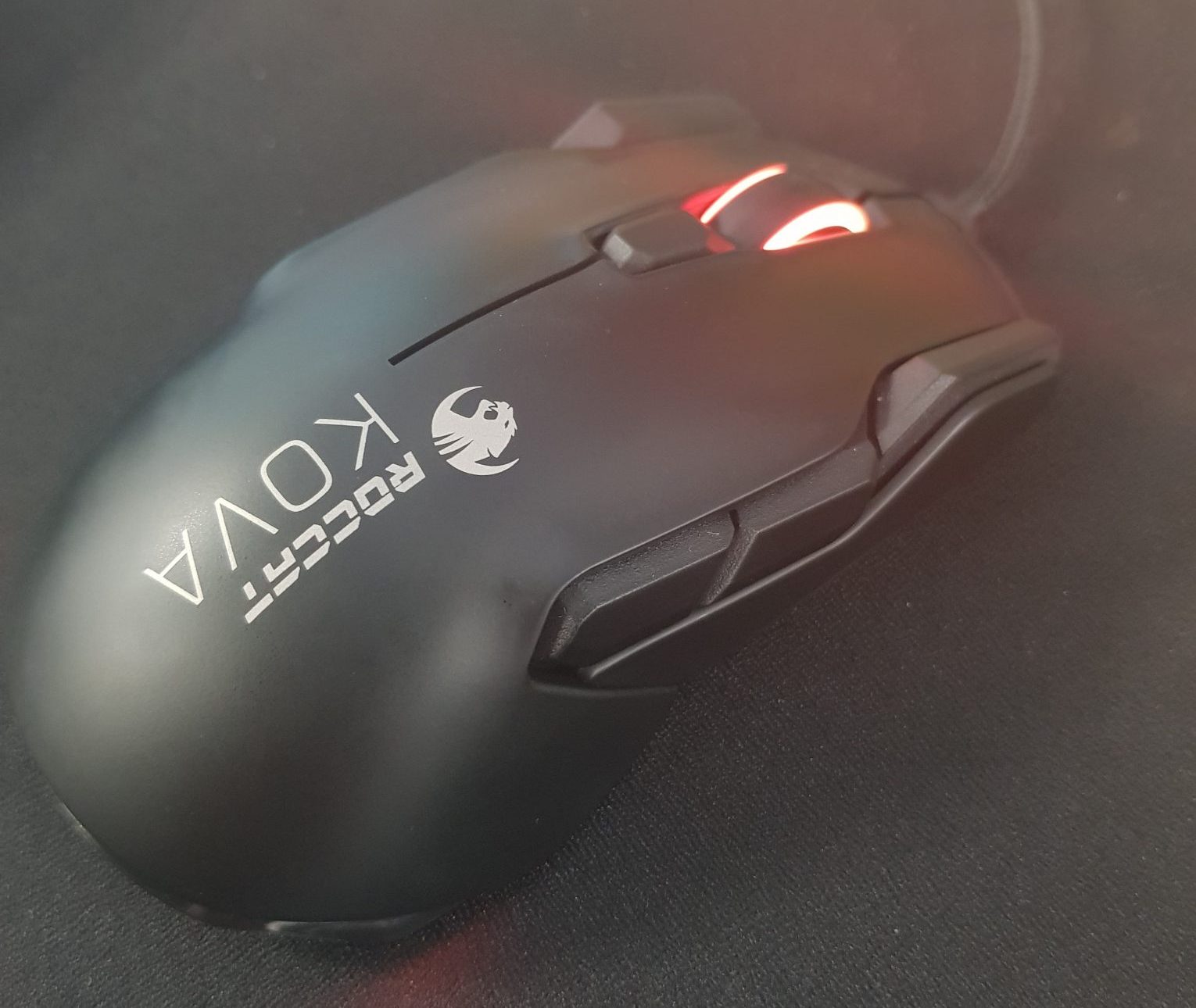 Being a Roccat gaming mouse, you have access to the amazing Swarm software that lets you customise all 12 physical buttons as well as extra functions thanks to the Easyshift button, giving you 20 functions altogether.  Each button assignment and macro you make can be saved to a profile directly onto the mouse’s onboard 512kb memory allowing for immediate recall.  The stored profiles are brilliant when playing a variety of games that require unique button tasks in order for you to play at your maximum efficiency.  Being a wired mouse there is no lag when scouting through that scope and taking that headshot, with a response time of 1ms.  During gaming, the dpi rate can be raised and dropped depending on what you are doing thanks to the Pro-Optic Sensor R6 giving you ultimate control over the mouse sensitivity.

The Roccat Kova Aimo is fairly sleek and slim to look at, at just 13.1cm long, 3.8cm high and weighing 99g.  When compared to other mice it is similar in many ways to the Kone Pure, but looks like a little brother when next to the larger Kone Aimo.  I did see some comments that 99g is “too heavy for a mouse” however when gliding it across a Roccat Taito Control mouse pad, it was effortless. 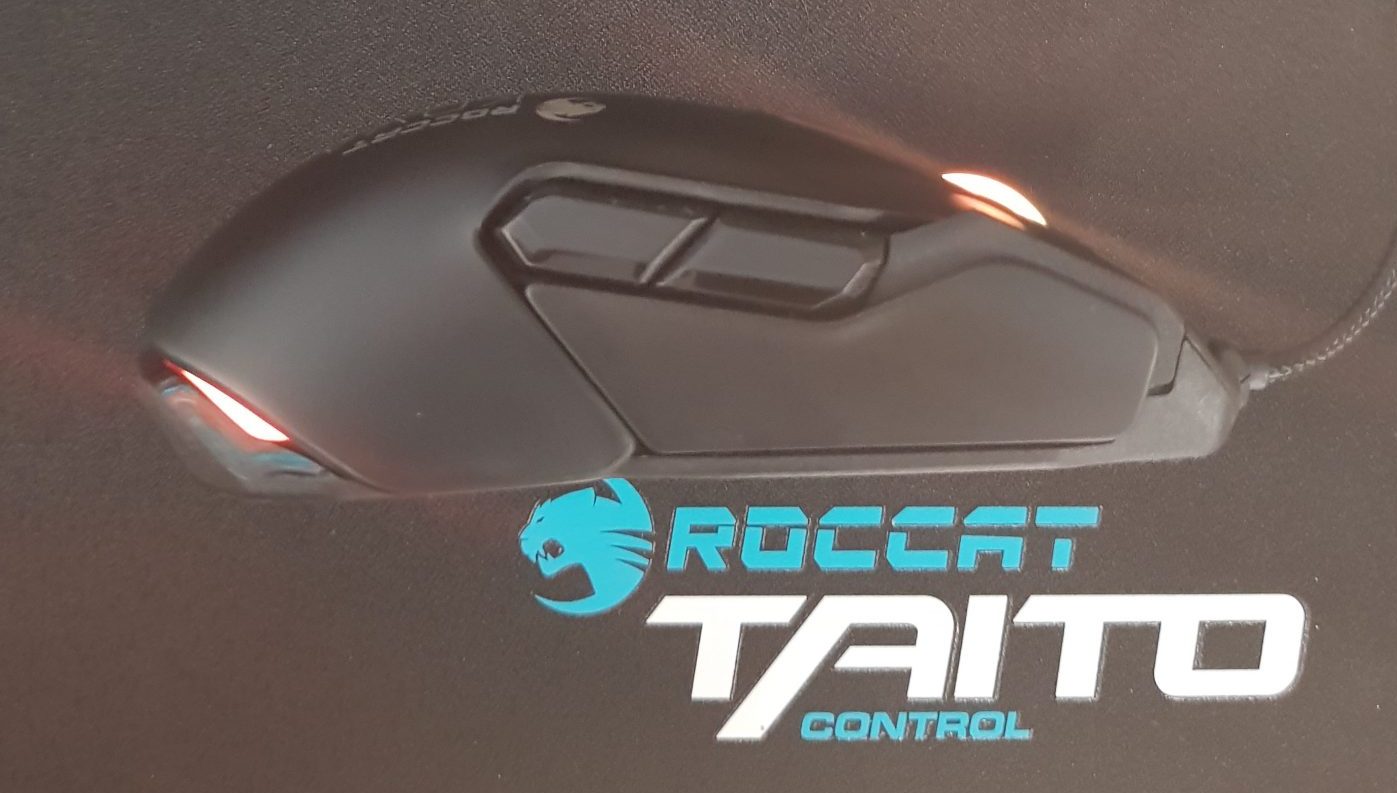 Aesthetically the Kova Aimo looks menacing, sporting a couple of small horns for quick fire buttons either side of the main left and right top buttons while glowing a choice of 16.8million colours of light from both the robust Titan wheel and the rear, again customisable through the Swarm software.  From using the Roccat Kova Aimo for a good few weeks I have got used to the feel of it now.  I am right-handed and as the mouse is not curved to the right slightly at the bottom like other mice are, the mouse initially felt awkward under my palm.  I did not feel connected.  I also struggled at first with the buttons located on the righthand side of the mouse as where my finger rested I kept annoying clicking them, not that it caused any effect as I had the buttons unassigned in the profile.  The longer I have used the Roccat Kova Aimo, the more I have grown to be able to use it, a bit like when you change your car and you have those first few weeks of it all feeling different. 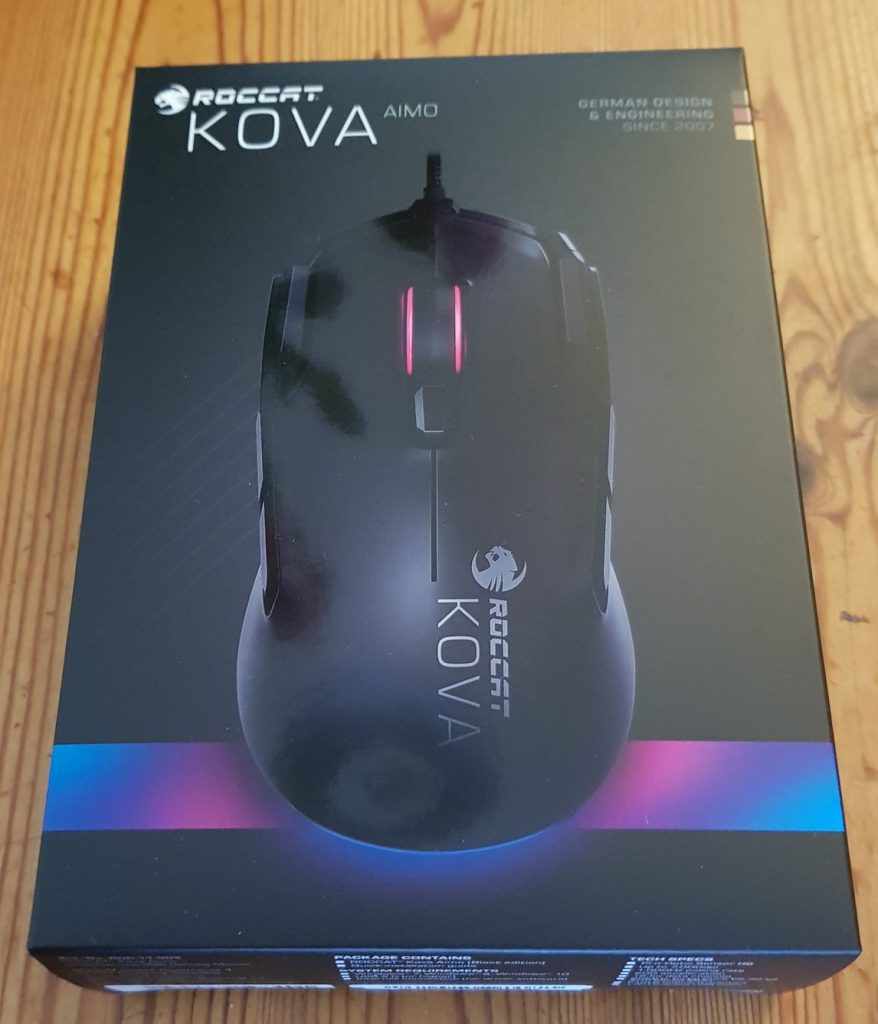 The Roccat Kova Aimo comes in both black and a white variant and is a great idea if you require an ambidextrous gaming mouse for families with a mixture of left and right-handed people or if you indeed like to play using alternate hands.  Ergonomically it works, after getting used to it, and provides the multifunctionality you expect from a gaming mouse of this calibre.  There is definitely no compromising here for having a mouse that works for both left or right handed gamers alike.

The Roccat Kova Aimo scores a solid Silver Thumb Culture award and is available from Roccat for £52.99