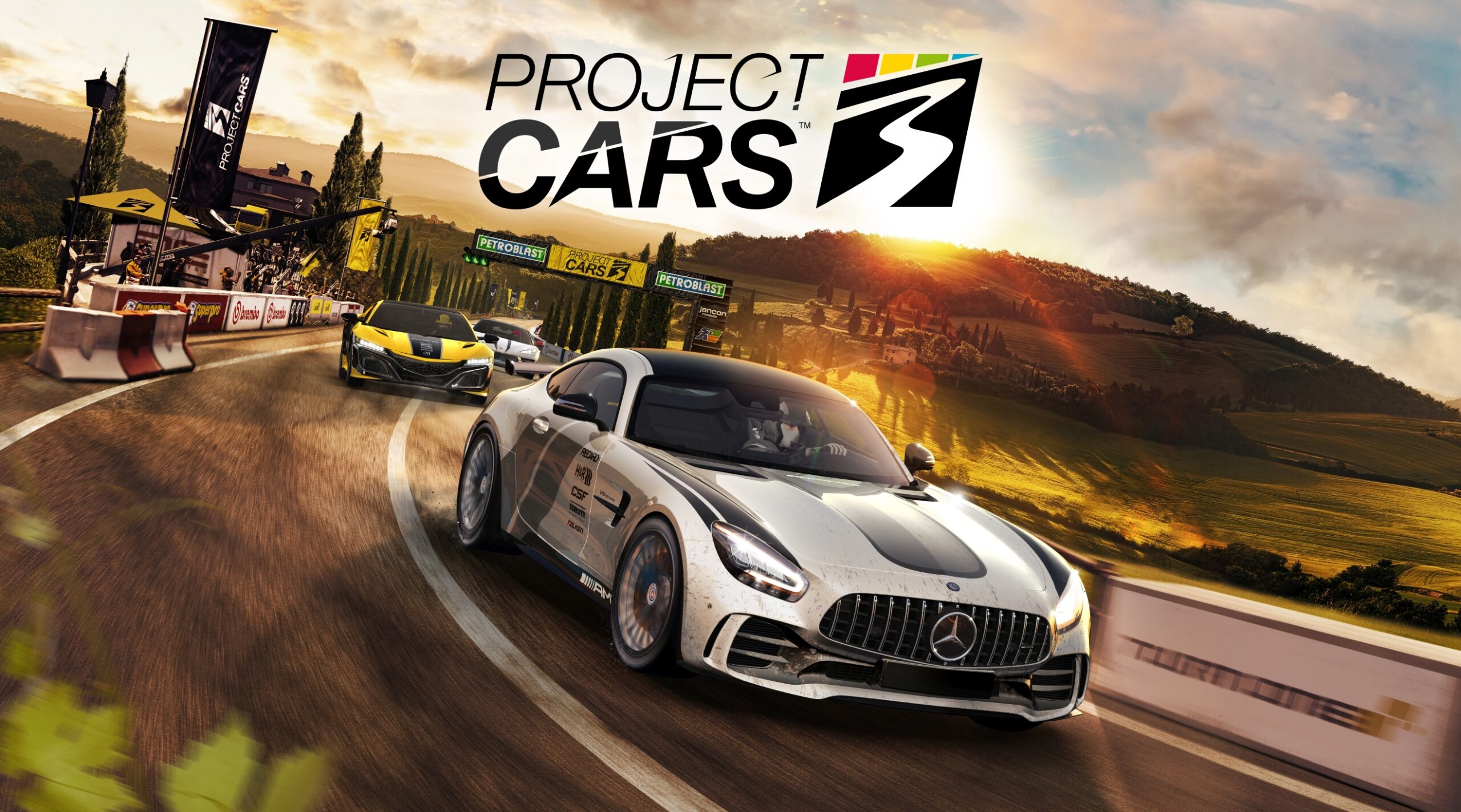 Project Cars, a name synonymous with simulation racers in the past. However, times are a-changing and with Project Cars 3 we have a bit of a SHIFT in the focus that Slightly Mad Studios brought to the track. This is now, in my opinion, a tremendous arcade-style racing game.

Read on to find out more!

Project Cars 3, might be the most fun I have had racing around a track in a long time. There I said it! Whilst most people seem to be disappointed in this change of direction, I am glad for it. Project Cars 2 was a great game, however, it was massively geared towards using a steering wheel, so playing with friends that weren’t as lucky to have a wheel was disappointing. They just didn’t have any fun playing the game.

Moving on a few years, and here we have Project Cars 3, a great arcade racer, and I am glad. With Sony closing up the servers on Driveclub, we were missing an arcade racer on the PS4 and Project Cars 3 hits the spot.

So what do we have when you start Project Cars 3, well you have a great selection of tracks to race around, and an amazing selection of cars to choose from. I could quite easily go through all the different classes and makes of cars that you get to grips with on Project Cars 3, but that would just turn into a massive list, instead dive into the car list and enjoy it for what it is! Oh but there is Formula E! Taking a Formula E racer around tracks like Donnington, Snetterton, Horse Thief Mile or the Nurburgring is amazing. It’s great to control; getting the back of the car out around the corners is just pure fun.

The majority of your time playing through Project Cars 3 will be in the career mode. Which is pretty similar to previous iterations of the game. You go through each class of car, with a selection of events ranging from Hot Lap challenges where you need to go as fast as possible over 1 lap, to events where you have to smash different value boards as you drift around corners. There is plenty of variety for you to get stuck into and you definitely shouldn’t get bored. You unlock different tiers of car class by hitting a certain number of objectives over the races with each race having 3 objectives you can get. These can be from beating a lap time, or mastering a certain number of corners. They generally aren’t overly challenging, but there are some that require a few tries now and again.

If you don’t fancy hitting those objectives you can actually pay to unlock the next tiers, but we warned, you do still need to be able to afford a car in that certain class before you are able to take part in events. Don’t just buy any old car though, there are some events where you might need a car from a certain manufacturer, or even from a certain time period. It’s just lucky that there is a massive selection for you to choose from.

Once you have had enough of the career, you do have a few other options. Rivals, where you have 3 events running, daily, weekly and monthly. These give you a certain number of retries, however, once you have set your time you then you get into the league of others that have tried. At the end of the period you are given a certain number of points depending what level you achieved. Its a great little system and you can set those times pretty quickly when you load up the game so you won’t spend too much time in Rivals.

Then you have the standard multiplayer mode, take the racing online against random people using quick event or take on the scheduled events, these are the more competitive races where you have a qualifying period and then entered into races against those with similar lap times to ensure the racing is competitive. Then you can find or create a custom lobby where you get to chose the track and car type as well as the weather during the race.

I have spent a lot of time in all of these modes and have to say that I keep coming back for more and heading online to prove my metal. Unfortunately, there is the odd bad egg out there that decides to use your bumper as a brake. This should, in theory, give them a negative driver rating and eventually should stop you having to race against them. So figuratively after a couple of weeks, you should find that you will race against people with the same racecraft as yourself, in theory.

Now this was one of the hardest parts of the review to write. I love the game, I think its great fun to play, but the graphics are just….are just….bad.

Project Cars 3 is a huge step back from Project Cars 2, which is surprising as surely they could have made use of a number of assets from the previous game. I will pop an example below to show how the graphics were for me. Now I don’t know if this is the same for other versions of the game, I do intend on picking up the PC version at some point for the VR side of things. So I’m just hoping that its not just evident on the PS4 version of the game.

Once again, this isn’t the greatest audio in a racing game, but its got all the vrooms and brum brums that you would expect in a racing game. It’s all absolutely playable, however, I did have the sound cut out at one point and not come back on until I restarted the game. It only happened once though so I have just given that the benefit of the doubt and put it down to launch niggles.

With the career taking an absolute age, and the online modes, Project Cars 3 could last a long time. Only time will tell on how SMS support this with DLC and updates to the game. It would be interesting to see if they are going to “Driveclub” it and just release new car packs rather than another game in a couple of years time. Again, only time will tell.

So Project Cars 3, the racing is great fun. Its just a shame that it has the preconceptions that a game with the Project Cars name will always carry. If you can look past the name and see the game for itself, as an arcade racer then you are in for a treat. Whilst it is no means perfect, its a great change in direction and one that I am happy they have gone in that direction.