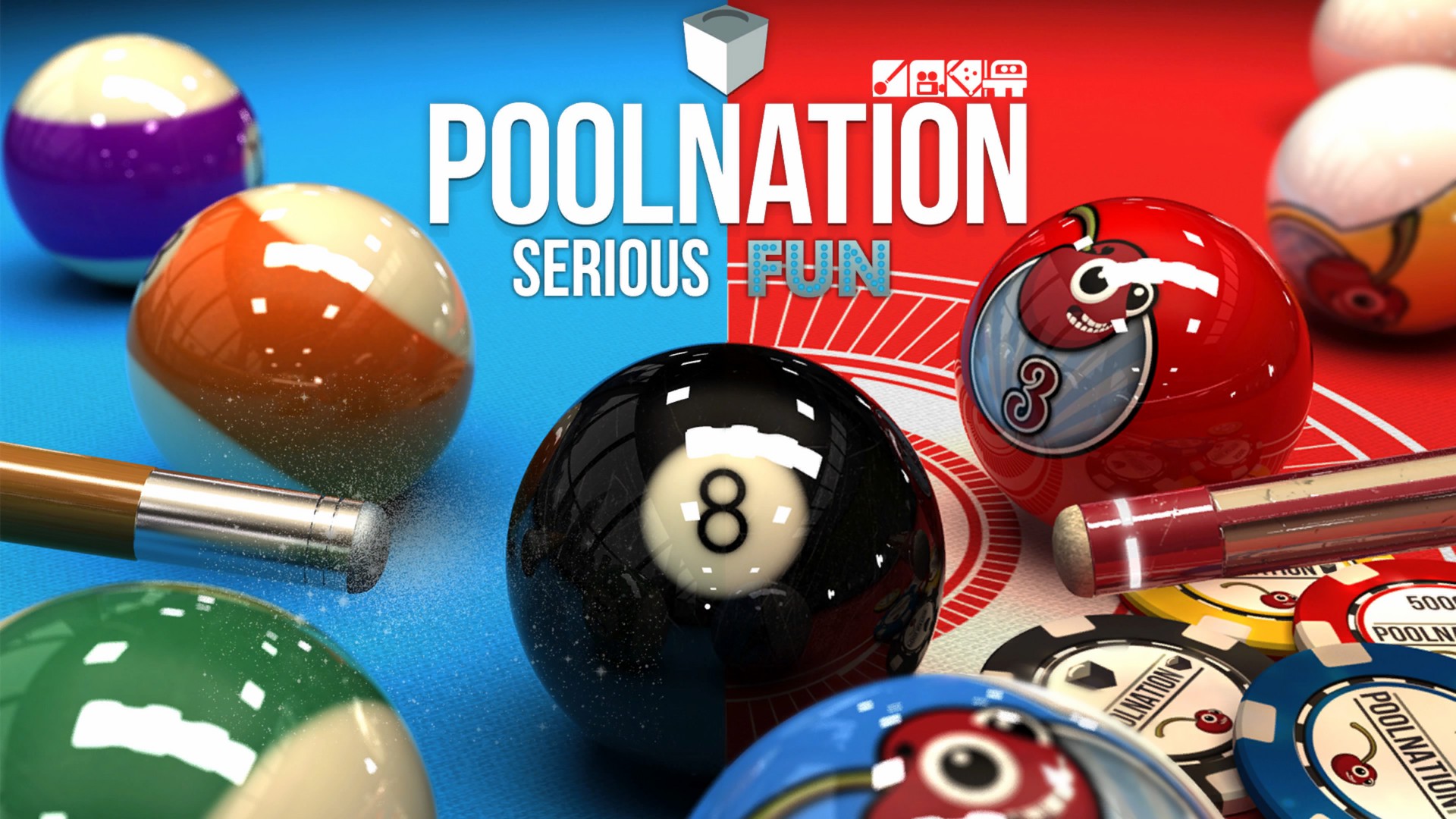 Pool Nation by Manchester-based devs Cherry Pop Games and published by Wired Productions is a photo-realistic billiards simulator where you have the chance to start a single-player career, beat your friends in a one on one while sitting on the couch as well as play against online buddies around the world.  In what is, in essence, an overhauled version of the PS3 classic from years gone by with added features, will Pool Nation have you reaching for the chalk or leaving the pub early?

Pool Nation brings to the table a vast variety of game modes to test your cue wielding ways.  I do enjoy a good billiard game albeit 8ball or 9ball as it is one of the few games in real-life that I play better after a beer (drink responsibly!).  So what do you have on offer in Pool Nation?

There are leagues that allow you to play competitively online, trying to earn promotion and avoid relegation!  Not in the mood for a league? well there is an online competitive mode where you can instead play for in-game cash to spend on unlocking new cues, ball sets, decals, celebrations and locations.  If you are restricted for time you can instead invite an online friend to a quick versus challenge!

If online is not your bag then there is a whole host of offline modes to take part in.  You have the traditional versus mode either against a friend sitting next to you or against AI or maybe you want to take on a pool career, taking part in qualifiers and earning your way into your first cup!  Think you can go all night?  there is an Endurance mode where you must keep sinking the balls into the pockets as they respawn faster and faster onto the table, can you beat my time of just under 20 minutes survival?  Maybe you fancy yourself as a bit of a John Virgo and want to take part in some Trick Shots? well you are in luck as there is a new and updated trick shot editor that lets you not only play through a list of tricks but also setup your very own!  Oh and don’t forget your Daily Bonus to win some in-game cash!

As you enter the various pool venues you will be amazed at the gorgeous graphics and backgrounds that lie before you.  Even playing in the Pool Hall venue made me think of my time down the local Riley’s spent on my lunch breaks from work.

The controls for Pool Nation are relatively simple with the left stick rotating the cue around the ball and the right stick controlling the power.  Adding spin to the cue ball is carried out using the D-pad buttons.  Shots can be taken in either the 3D view or for a more basic approach the overhead version can be used which turns the game into a very easy to play affair similar to that of the miniclip 8 ball pool that you may have played on your phone.  When lining up shots you can see where the ball is going to go if you have the aiming level set to either “long” or “extended”, fine-tuning of the shot is carried out by tapping L1 on the remote which slows down the sensitivity of the cue angle rotation.  A little tip for you, be careful not to accidentally flick the right stick forward otherwise it will automatically hit the cue ball with a standard set power, slightly infuriating when passing the remote to a friend, or possibly done on purpose to cock them up, one of the two lol.

The animations when taking your shots are fluid as is the pleasant click/clack of the balls colliding. There certainly has been a lot of thought gone into both the physics of the balls as well as the photo-realistic renderings.

When setting up games to play you can customise the game type, rules, celebrations, ball set, decals, location including whether it is day or night and the type of table as well as how many frames you want to play.  There sure is a whole heap of variations to play about with here!

Pool Nation is really fun to play however it is not without its niggles.  The slow-motion camera that happens each time you take a shot can begin to get laborious after a while however this can be thankfully turned off in the game settings.  The other gripe I have, and I will email the devs about as it is possibly a bug, is that when you setup a versus mode against a human opponent and goto begin the game, if you want to play it on one controller you goto the tick box alongside the primary character and press X to start.  If you want to play on two controllers you click, using the primary controller, on the tick box alongside the versus character.  It doesn’t say this anywhere when setting the game up and once your game has finished, should you press the Replay button to go again, the game reverts back to being on just one controller without any warning!

Pool Nation looks stunning on the PS4 Pro with the Unreal Engine 4 used to cast amazing lighting effects across the balls, tables and background environments giving a strong feeling of realism.  As mentioned earlier, everything is very fluid with no frame rate drops when breaking or even when there are 24 balls on the screen in Endurance Mode!

Pool Nation has a varied soundtrack of chilled guitar melodies to more upbeat club-style tracks.  The music is ok but can be turned down or even off if you would rather play your pub jukebox playlist from Spotify instead.  The sound effects of the breaks and collisions of the balls are decent and reflects on the power of your shot nicely.

Pool Nation has a lot of game modes to play and a lot of customisation that goes with them.  If you want to unlock every location, time of the day and table type along with all of the other purchasable items then you will need to play a lot of games.  Although it is relatively easy to unlock the basic locations you will see that the VIP Lounge requires $50000 to buy!

If you enjoy billiard games, and the odd game of snooker, then Pool Nation is a must.  It looks and plays amazingly well, I just hope that they add a party-play option later on, to allow you to setup more than 2 players to take part in local tournaments in your living room and possibly for the fun game modes such as killer.