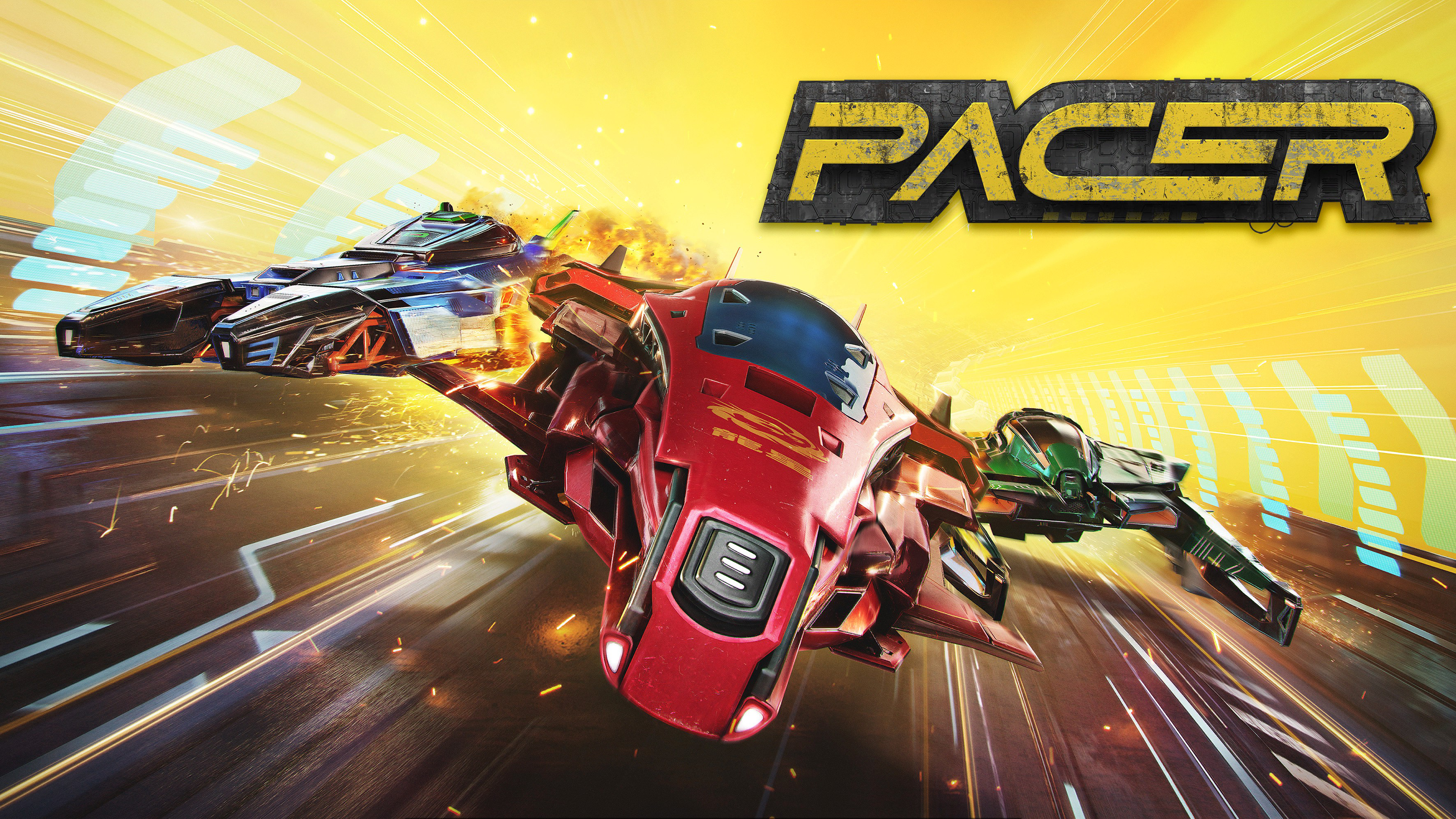 As if 2020 wasn’t already chock-full of nostalgia, with the likes of Half-Life: Alyx and Final Fantasy VII launching, we now have a new Wipeout. Well that’s not strictly true, Pacer is actually a spiritual successor to Wipeout and also the re-imaging of Formula Fusion. Formula Fusion was the debut game from R8 Games launching back in 2015 as an early access game on Steam. It would seem that things didn’t quite go to plan for R8 Games with them needing to explore Kickstarter as a funding option back in 2019. With a successful Kickstarter campaign behind them, and a rebranding of the game to Pacer it would seem the team at R8 Games has cracked the formula and is ready to unleash the game on the world.

Coming from a team who worked at Psygnosis Leeds and actively contributed to Wipeout 3 it’s immediately clear that the developers understand how this game should look and feel.

As you enter Pacer you’ll notice a lot of options; quick race, demolition, endurance and more. There is a robust suite of game modes depending on the style of race you like to enjoy. Some of these modes definitely deliver satisfaction better than the others though.

It’s interesting that not only is the game a nostalgic hit in terms of the style, but also the controls. More contemporary games will use the triggers for acceleration and braking, and face buttons for the handbrake – Pacer however adopts the classic A button to accelerate with triggers used as air brakes. This suits the style of the game; it’s not a game where you’ll slightly release the trigger to decelerate into a bend. You’ll instead hammer the throttle and hope to use the side air brakes to pull a handbrake turn around a sharp bend.

Whilst the range of races are fairly standard for Pacer, they all play very well. You’ll know exactly what to expect from a quick race or a time trial, so I want to touch on a few of the other modes. Flowmentum is a fun mode where your vehicle gets faster and faster as you progress; the aim is to survive for as long as you can before ultimately exploding. This was an absolute blast to play and helps you get familiar with the tracks whilst allowing you plenty of time to lap them a few times without opponents. Unfortunately not all the modes deliver just yet, and destruction just doesn’t work for me. Having a race where your goal is to destroy all the opponents sounds great on paper but you’ll find yourself having to really restrain yourself to avoid flying into the lead. There is potential here, but I think I’d have preferred to see what the developers could do putting the Wipeout template into an arena for this mode – this could have been a truly unique mode for Pacer.

Of course there are other types of race too and an online suite to boot. It’s hard to know what a campaign in this game will look like or how populated the online scene will be.

One of the other key parts to the game is the garage. You don’t have the plethora of minute details that you’ll find under the hood in Forza Horizon or Need for Speed, but what you will find is options. Being able to change different components of your vehicles to tailor them to your play style is definitely going to capture the attention of a lot of gamers. Pacer also allows you to build loadouts based on this allowing you to custom build a racer especially for that twisting, chicane-filled track. Also, one unique element here is the fact your weapons are also loadout based. Unlike other combat based racers you don’t find a random weapon as you race, but you charge up the armaments you have equipped. This allows you to once again tailor the ship to your style; completely offensive, defensive or track control being prime examples. I do wish these upgrades and modifications would lend themselves to an aesthetic change though so you can really show off your vehicle.

It’s immediately clear that R8 Games know what they’re doing to capture the perfect feel of Pacer. Also lets not forget they have also secured The Designers Republic, the same graphic designers who helped with the original Wipeout trilogy, to lend their own flair. The game oozes in style with sci-fi sponsorship, the out-of-this-world track design and of course the sense of speed that only comes from hurtling along at 700 km/h.

Each track appears to have a night option, reverse option and mirror option and none of these seem to impede the visuals. The fact you can also put each track into a night mode makes for some interesting visuals also. It’s this night mode that adds a visual flair to proceedings though as the glow of the vehicles and signs really pop and add to the sense of velocity.

I have been running Pacer on “Epic” settings on a 2070 Super and it looks absolutely crisp and runs silky smooth. Of course the game has a unique style with ultra sharp stylised ships and unrealistic speeds which will turn off some hardcore racing fans. My brain tells me the game is realistic; metal looks like metal, buildings look like buildings but of course you’re also being propelled up to speeds that are clearly bonkers, whilst quick firing missiles into your nearest opponent.

The soundtrack in Pacer is made up of the music you’d expect. Every track would either be classed as trance or electronic. That’s not my personal style when it comes to music but it certainly lends itself to the feel of the game.

Second of course to the music are the actual sound effects. Nothing here stands out; I don’t think you’ll be clamouring to have the sound of a shield-charging pick up as your next text tone. That being said the electronic rumble that sounds like hovering, mixed with the metallic thud as missiles find their mark does have a satisfying punch to it.

It is of course hard to tell exactly what the future will hold for the final release of Pacer. I hope there’s an enthralling campaign present when the game hits the market – I can see a corporate war happening between these futuristic sponsors. With that being said I can see the focus being on the online side. There is a currency system in the game and this will allow you to unlock every upgrade, for every vehicle and build the exact loadouts you need. With the online component too there’s clearly a lot of content here to keep you going and I hope R8 Games don’t decide to monetize the in-game currency.

Pacer may have a rocky past with an early access stint, a name change and a successful Kickstarter behind it… but the future is looking promising. With a robust suit of game modes already present in the preview and the promise of a campaign I can see this game really appealing to fans of the long-lost Wipeout series. It’s worth noting of course that we have experienced a callback game like this in the past, with the recent Grip; a spiritual successor to Rollcage. That game failed to deliver for people unless they were specifically looking for that classic feel, and I do believe the same could happen here.