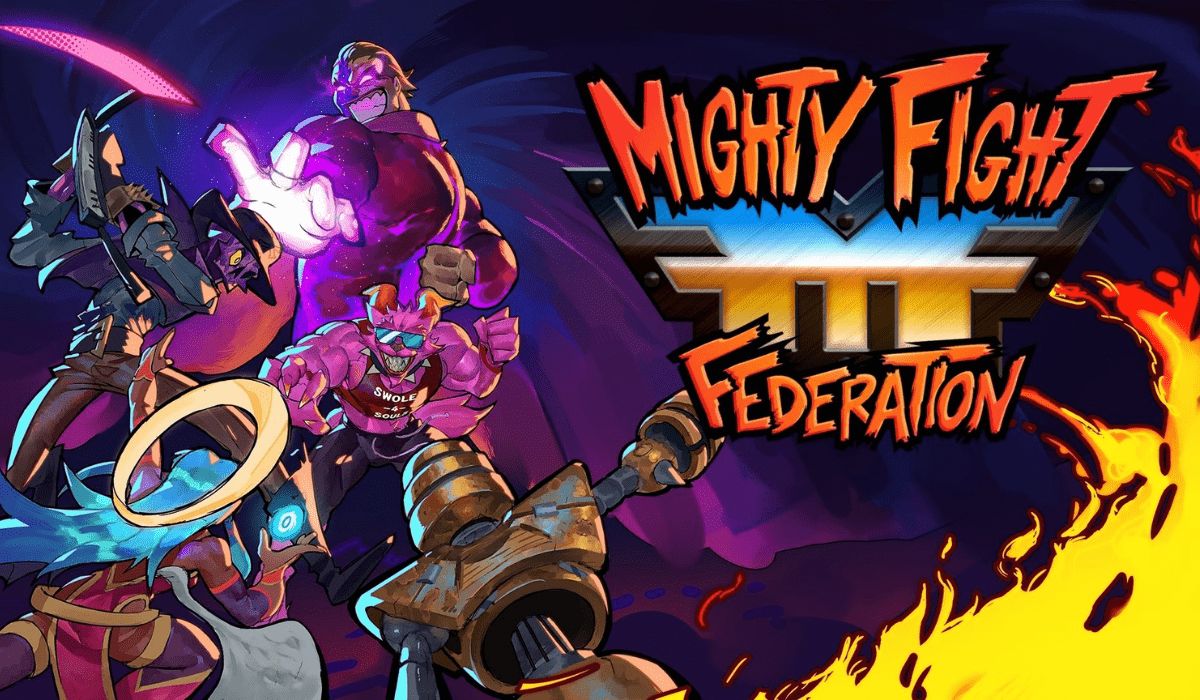 Is Mighty Fight Federation a Hit or Miss?

Everyone loves a good old beat-em-up game to play from time to time. Mighty Fight Federation could be that next big beat-em-up game you have been looking for. Have a read and let us know in the comments your thoughts on Komi Games’ newest development.

Fight until you can’t fight anymore, Mighty Fight Federation is everything you would expect from a beat-em-up game. Choose from 13 different characters including Toe-jam and Earl, and Yooka and Laylee. With each character having their own abilities make sure to play with all the characters to get the feel for your favourite. Slam your opponent into walls, throw them up in the air and follow up with a fast and explosive combo to stop them from getting you. I recommend playing the tutorial to learn the moves and then moving onto the missions tab and playing each character. Playing the missions will teach you the different combos each character has. I mainly played with Toe Jam and Earl, having the ability to switch out your character for their counterpart and having a whole new set of moves helped a lot.

With a variety of different modes to play such as Arcade mode, Versus mode, Online mode and the missions mode you’ll have a lot to play and learn as you progress. When starting an arcade adventure it’s kind of like the old battle tower modes in other beat-em-up titles. You progress all the way through and make it to that final boss, Hyperion. Bounce off the walls and throw your opponents away from you and follow up with a slick combo to defeat them all. I will say it’s not easy even on easy, I still found it difficult to master the art of the combos.

At the start of the fights each character has their own entrance and quote, some are fun and some can be a bit cheesy but that’s what makes the game great.

I could not fault the graphics of Mighty Fight Federation, I had no glitches while playing. Each character looks how you would expect them too in the cartoon style gameplay. Furthermore, each arena looked awesome as your fighting, each with different destructible parts for you to smash your opponents into and win the game. Vibrant colours gave it the brilliant feel of an old-school beat-em-up.

The music is brilliant, I felt like I was playing in the old-style arcades and I feel like that’s what Komi Games wanted you to feel. The music certainly adds to the battle and makes it feel more intense as you get the combo off. Furthermore, having the old school feel to the arena and the added old style fighting music certainly helped to enjoy the game a lot more.

I loved Mighty Fight Federation and could spend hours and hours playing, but I will say it hasn’t a mode that takes up a lot of time. Having the online option certainly gives Mighty Fight Federation an extra couple of marks. Being able to prolong the gameplay after spending time learning each combo and defeating people online is certainly worth it.

Having the online mode to play and fight against real opponents certainly helped Mighty Fight Federation feel a lot more playable. I can’t say any game mode wasn’t enjoyable and put me off. Although I will say learning the combos was definitely the hardest part of the game, but that’s what you would expect from a fighting game.

Mighty Fight Federation was great fun to play and for all the beat-em-up fans, this game offers you a lot in terms of enjoyment. I could sink hours into this game and I definitely enjoyed playing online. I had no problems with any part of Mighty Fight Federation, it felt flawless. You’ll get great enjoyment seeing your combos fly out and watching your enemy fly through the wall next to you. The Graphics of each arena was brilliant and the 3D aspect made it a lot more interesting than other beat-em-up style games. Overall I was very impressed with how Mighty Fight Federation gave me the nostalgia feeling while playing. 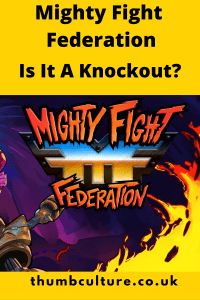