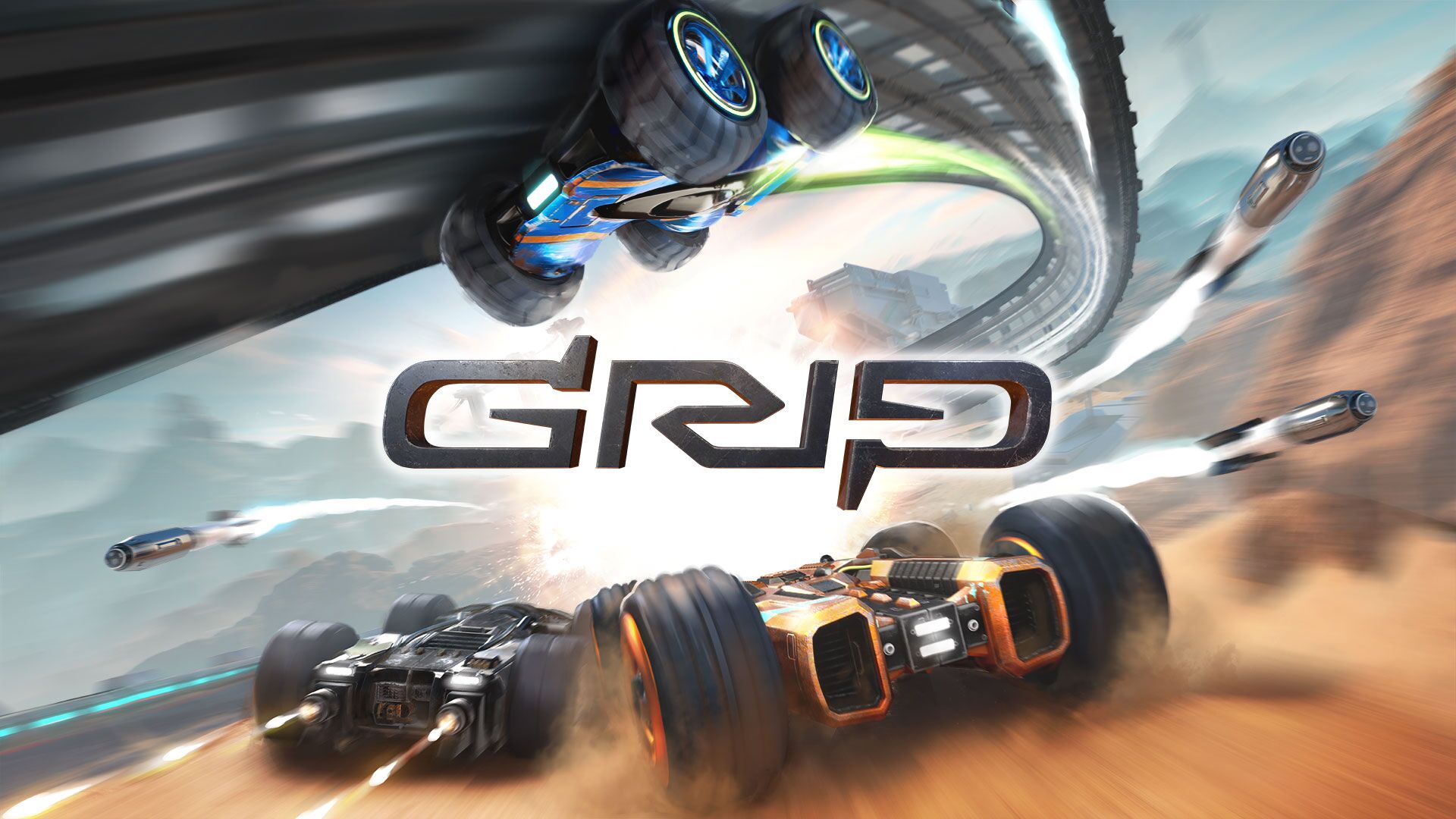 Before I start going into the review for GRIP: Combat Racing, I just want to leave a gif showing how it makes you feel.

Now onto the review.

In simplistic terms, GRIP: Combat Racing is a track racer, with a splattering of arena combat thrown in for good measure. Loading up the game you are greeted with the main menu, where you can get access to the campaign, single player, online and split screen elements of the game as well as the garage where you can customise your cars with decals and new colourings.

Diving into the campaign, you essentially go through tiers of events designed to ease you into the game as well as challenge your skills as a racer. The further up the tier tree you get the faster and more difficult the game becomes, starting with a nice gentle pace, eventually turning into ludicrous speed.

There is a tutorial that will take you through the basics of the game, however the real teaching is done on the track.

Once you get onto the track the game is fast, yet it never feels like you are out of control. The weapon pickups are few and far between and they vary from the nice simplistic shield powerup, through a machine gun and then a number of rockets, either free firing or locked. Then you have the other more outrageous options, one of which slows down everyone else except for you as you catch up with your opposition. A lot of these power ups could be compared to those that are contained in a certain Italian plumber racing game.

You can super power these weapons as well, essentially when you pick up two weapons, you can sacrifice one of them to create a super powered version of the weapon. Just hold down the button of the weapon you want to keep. Simple.

Littered around the track are environmental elements that you can destroy as well as speed boosts to give you a little extra speed. Quite often you will see your speedo go about 900kmph. 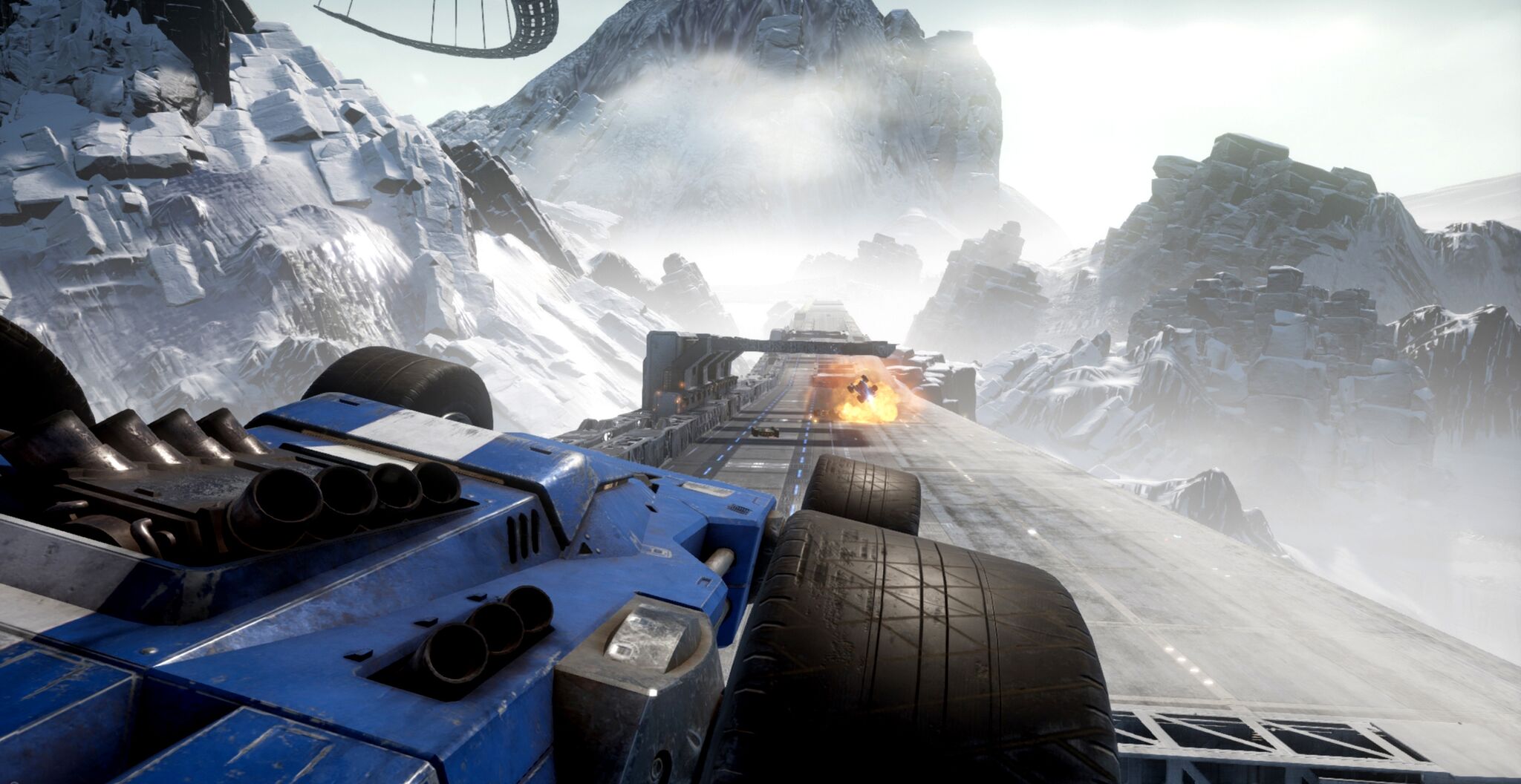 Moving outside of the campaign you have the Arena, this is a no holes barred fight to the death, or at least to the end of the time limit. Get those weapons and start raining full metal hell on your opposition.

GRIP: Combat Racing then brings in Carkour, these events are there to test your vehicle control as you jump between objects and struggle to land straight. I wont lie, I found this aspect of GRIP difficult, not to say that it wasn’t fun, but if it wasn’t there, personally I wouldn’t score the game any different. Some people will love this part of the game and the ability to record gameplay and upload to YouTube (not in game) will allow some content creators to have a lot of fun.

The graphics in GRIP: Combat Racing are brilliant, although I did have to remove the film grain to sharpen the image up, but this is personal preference.

The vehicle models are great, they give a great sense of ruggedness and industrialism into the game. Then the weapons are great. I love the holographic style for the shield as it builds itself on the back of your car.

Environments are detailed and vast, with massive draw distance sometimes causing you to stop looking at where you are going, and for a split second this can be damaging, especially when you end up flying off the track. 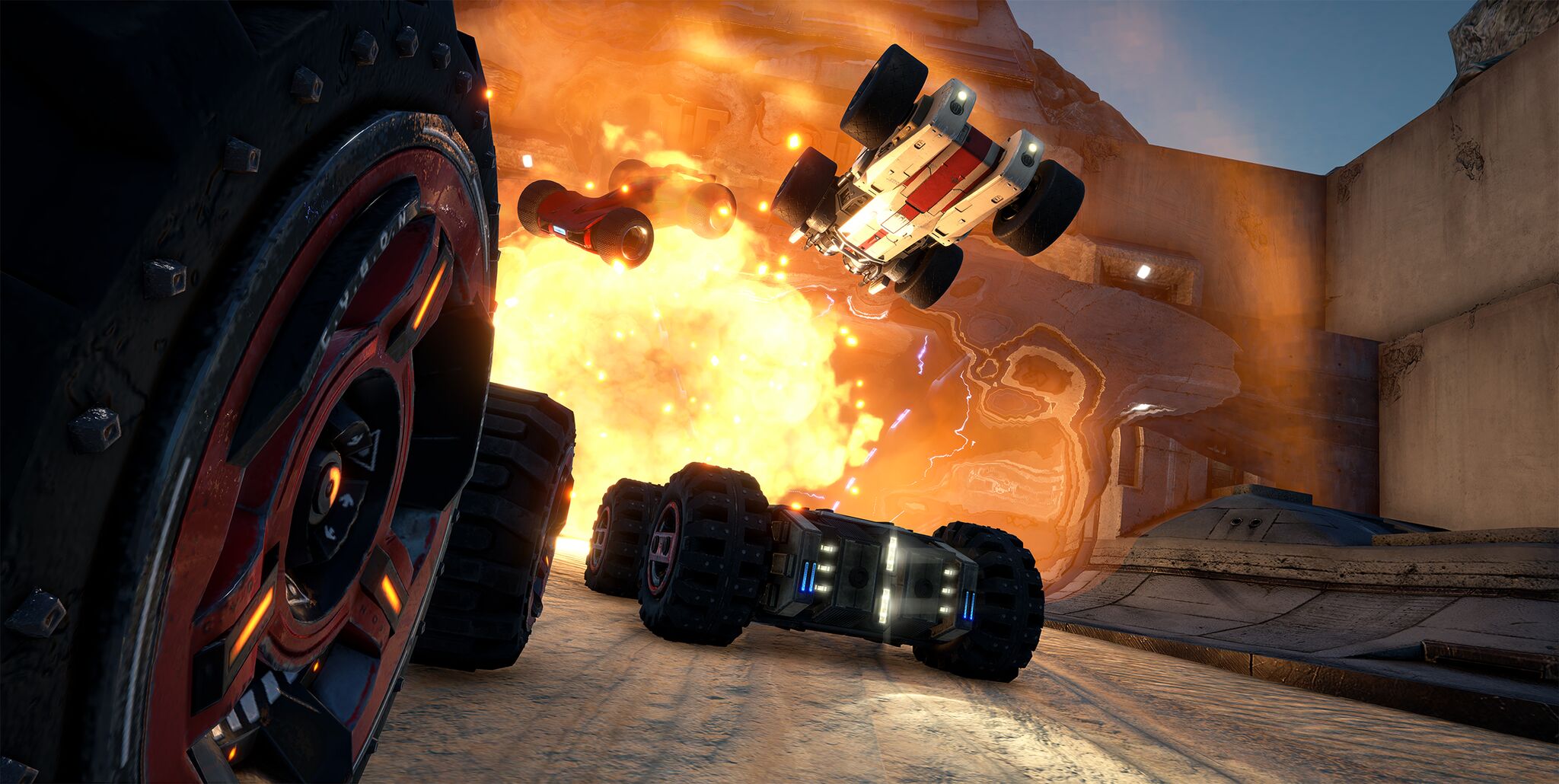 The soundtrack is a mix of heavy metal and some hip hop style. Gives GRIP: Combat Racing its immersive feel. The music almost feels as fast as the gameplay…almost.

The sound effects of the cars, their boost and weaponry sounds are all spot on, as per usual the sound can make or break and a game, and with GRIP its makes it 100%.

There is a lot to do in GRIP: Combat Racing, with the racing of the campaign and the carkour aspect, you can spend hours and hours playing the game. However add to that the arena and playing with friends, you can expect a massive amount of time spent racing around the different tracks on offer.

Overall GRIP: Combat Racing is a full on, fun fest, its one of those games that is easy to get to grips with, but incredibly difficult to master. If you are able to complete the carkour section then you aren’t human.