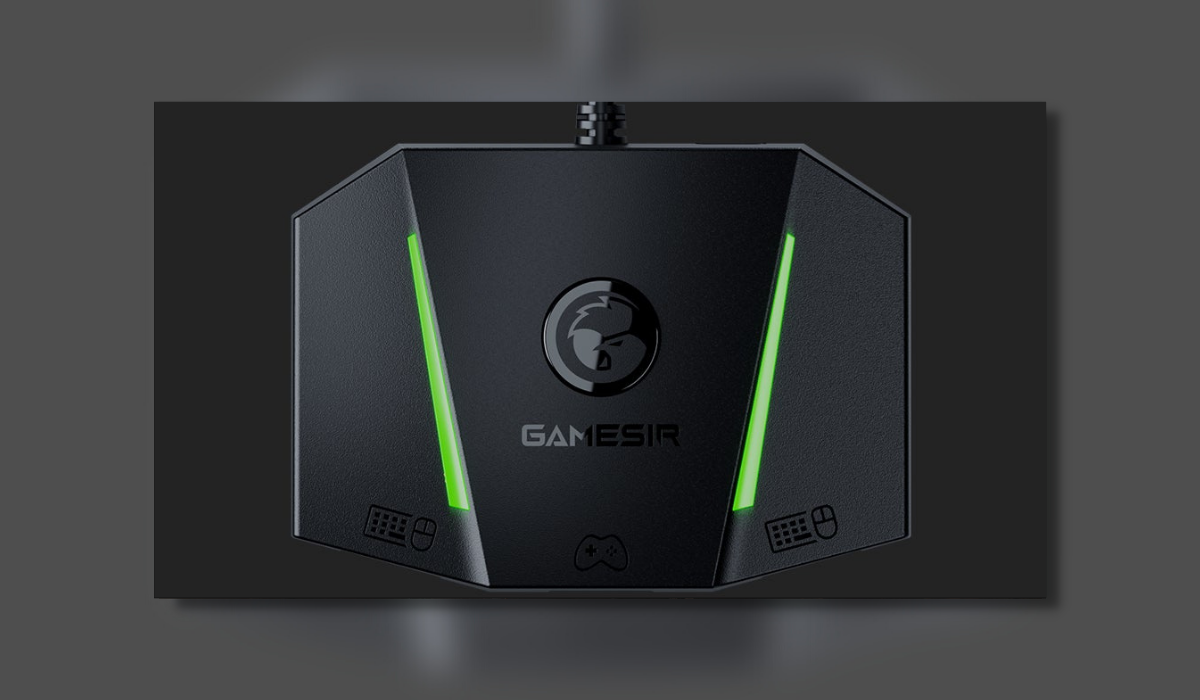 How often have you been playing your console and thought to yourself “This would be so much better if I was using a Keyboard and Mouse”? Well the Gamesir VX Aimbox might just be the bit of hardware you need to level up your console gaming experience.

Lets get the elephant in the room out of the way straight away. This is NOT an Aimbot in any way shape or form!

Right now that the naming confusion is out of the way lets crack on with the review. If you enjoy this review please feel free to check out my other articles right here!

The Aimbox is basically a small USB box, with 3 double sided USB 2.0 ports on the front, a USB-C port on the back for extra power (if required) and a hardwired USB2.0 cable that plugs into your console. To complete the design are 2 LED lights which you can change the colour of by pressing the Gamesir Logo on the top of the unit, should you so wish. 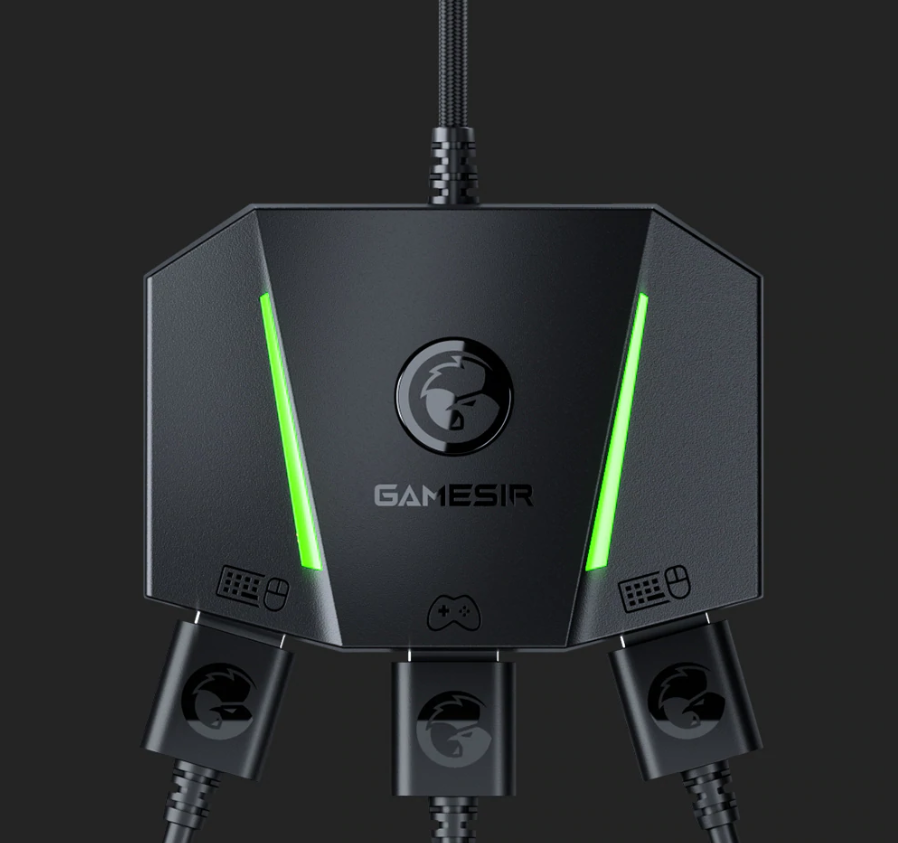 As well as the usb hub there is also a iOS/Android app that you will need to download to your phone in order to customise how the unit performs in individual games. This app is the actually the brains of the whole operation as without it you are going nowhere.

I’m lucky enough to have a Xbox Series X and a pretty decent PC setup, so thought what better than to boot up Call of Duty: Warzone and play via the Gamesir on the console, and directly on the PC using the same Keyboard and Mouse (Logitech G915 and G903), with the Gamesir promising zero latency I should have no problems right!

The moment I booted up the Xbox this is where the issues began. Could it find the device after multiple attempts? No it couldn’t. Eventually after numerous attempts of plugging in the keyboard, mouse and controller, in different orders, I finally had keyboard and mouse working on Xbox!

Next came pairing to the app to the box, via bluetooth should be pretty straight forward right?! A simple press and hold of the Gamesir icon puts it into pairing mode and then select from your phones settings to connect, done. Then the fun begins! Open the app and select the Gamesir device you have and what console you have connected it to, again numerous attempts later we got it working and into the main settings page.

The app comes preloaded with some of more popular titles, so you do have a quick start guide for most, if the game you want isn’t there you can simply add a game via the button at the bottom.

Me being me, thought, right select Warzone and dive straight in! How wrong was I!

Having dropped in, I was turning around with the speed of a snail. What was up I wondered? So dived into the game settings, whacked the sensitivity up to the max and still had the same issue. Right back to the app, what does that Config button do I wonder?

Hallelujah! Here were all the settings I was after. From sensitivity and smoothness, to frame rate adaptation, ADS speeds, you can adjust every little thing to perfect your controls. I booted up a private training game of Warzone and started messing around, about 20mins later I had something that was similar to what I was used to on PC.

Now as a “plug and play” device this wasn’t something that I was expecting to do, and less “techy” people may struggle with some of the terms used, but the ability to save the game profile was very much welcomed as you wouldn’t want to go through this setup each time you boot up a game.

Did it make my Warzone playing as good as it is on PC, definitely not and even though it promised zero latency, there was a definite delay between pressing a button and the action happening on screen. I think this is due to the fact what the device is actually doing is mapping your controller keys to both the keyboard and mouse so by pressing Space, for example, it sends that command to your controller first and then to the console. This delay is only small but is enough to notice when playing an FPS title.

Does the Gamesir do what it says on the box? Within reason, apart from the initial connection errors, yes and there have since been a few firmware updates to the device to assist this connection. I, therefore, award the Gamesir VX Aimbox the Thumb Culture Silver Award!