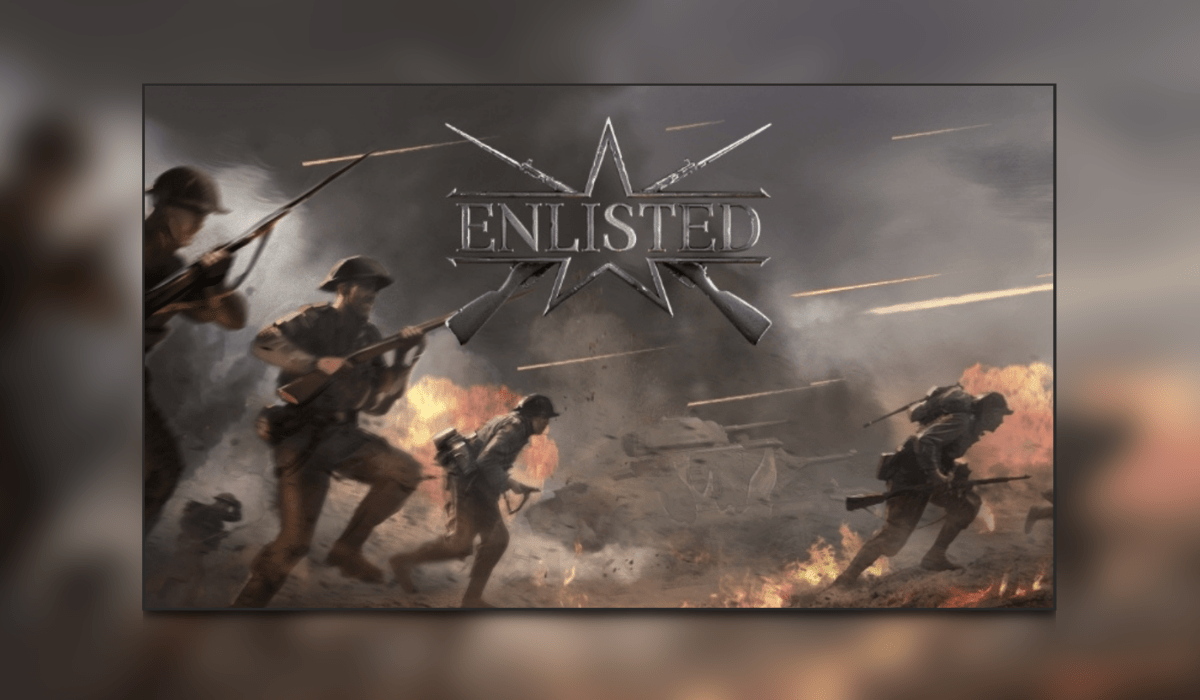 Enlisted is the next generation of First-Person Shooters at its finest, bringing you closer to the action than ever before. Experience the World War II battlefields, how they were meant to be played, giving you control of your own squad in the middle of a war zone. Enlisted is developed by Darkflow Software and Published by Gaijin Distribution Kft.

As a huge fan of the early days of Call of Duty and Battlefield, I was intrigued to try out this FPS/MMO hybrid bringing the power of next-gen software and experiences of the past together to bring a totally new type of shooter.

Are you excited to play Enlisted?  What scenarios would you like to see?  Let us know in the comments below.  Also, feel free to take a look at my previous articles here.

Enlisted gives a short 5-minute tutorial on how to play the game, and then throws you in the deep end with all online modes, currently featuring maps from ‘Invasion of Normandy’ and ‘Battle for Moscow’, allowing you to play both as Allies or Axis. As you play matches you can level up each side with campaign experience unlocking new squads, weapons, and tanks as well as requisitions for both new squad members and weapons to unlock. Unlike conventional level up and unlock, everything costs requisition tokens and can only be used for the side you play as. Although many may find this long and tedious it brings a lot of content and dedication to unlock the best of the best.

There has been no confirmation of pay-to-win content coming with an ‘armed to the teeth’ bundle offering just a teaser to get you started. Each campaign is separated and only maps of that campaign can be played. This is seen as locking in the technology of the time period, clearly allowing for more time-accurate battles. Of course, this is no conventional shooter, allowing you to take a squad onto the battlefield, each with their own loadouts. Although you can only control one of your soldiers at a time, you are able to swap between them at any time. Furthermore, if your squad lives you can immediately get back into the action and get revenge for your comrades’ deaths.

Additional to the modes outlines above, other features include:

Each campaign features two game modes that are in rotation as follows:

Both these modes are based on reinforcements number starting at 1000 and losing if you reach 0. However, in invasion only the attacking team has reinforcements. If the attacking team reaches 0 they lose, but if they capture all artillery points they win. In conquest both teams have 1000 reinforcements with capture points speeding up the enemy’s decay of reinforcements, resulting in game sessions lasting longer than most FPS multiplayer games. At this time you can not select each mode separately and is totally random which mode you do depend on the map.

Furthermore, grenades, barrages, and explosions near your position result in the shell shock effect simulating the well-known realism that soldiers faced on the front. You will be dazed for a few seconds with limited movement and screen dazed effects.

Enlisted has been focused on bringing the best experiences in gameplay, so there’s no doubt that some assets are not up to scratch. Many bush assets have been made 2d resulting in some assets being very underwhelming when approached from different angles. It should be noted that Enlisted is still in preview, meaning it is still not the end product with plenty of time to optimise. With the large battlegrounds, it’s easy to see, there are lots of assets involved and a big project to fulfil.

In addition, they have done an amazing job on realistic battleground ambience. Distant barrages and bullet fire can be heard from all kinds of distances with subtle directional audio being available in headset mode. The audio is done wonderfully and brings to life what I imagine a WW2 war zone would have sounded like.

Enlisted has put a lot of work into the current two scenarios available, allowing for plenty of content to unlock. I’m hoping they plan on keeping it this way for all future DLC scenarios, we are in for a well-packed game with thousands of hours worth of content. Although if not done in the right way, it can result in content becoming repetitive and long. Resulting in many gamers losing interest and content becoming stale.

Overall Enlisted does an amazing job in ticking all the boxes for creating an amazing FPS MMO. However, there will still need to be graphical tweaks where many environmental objects are still 2d. With this in mind, I would definitely love to play this game every day. 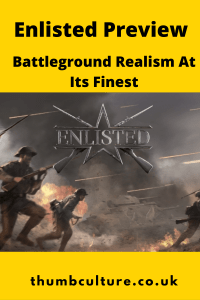