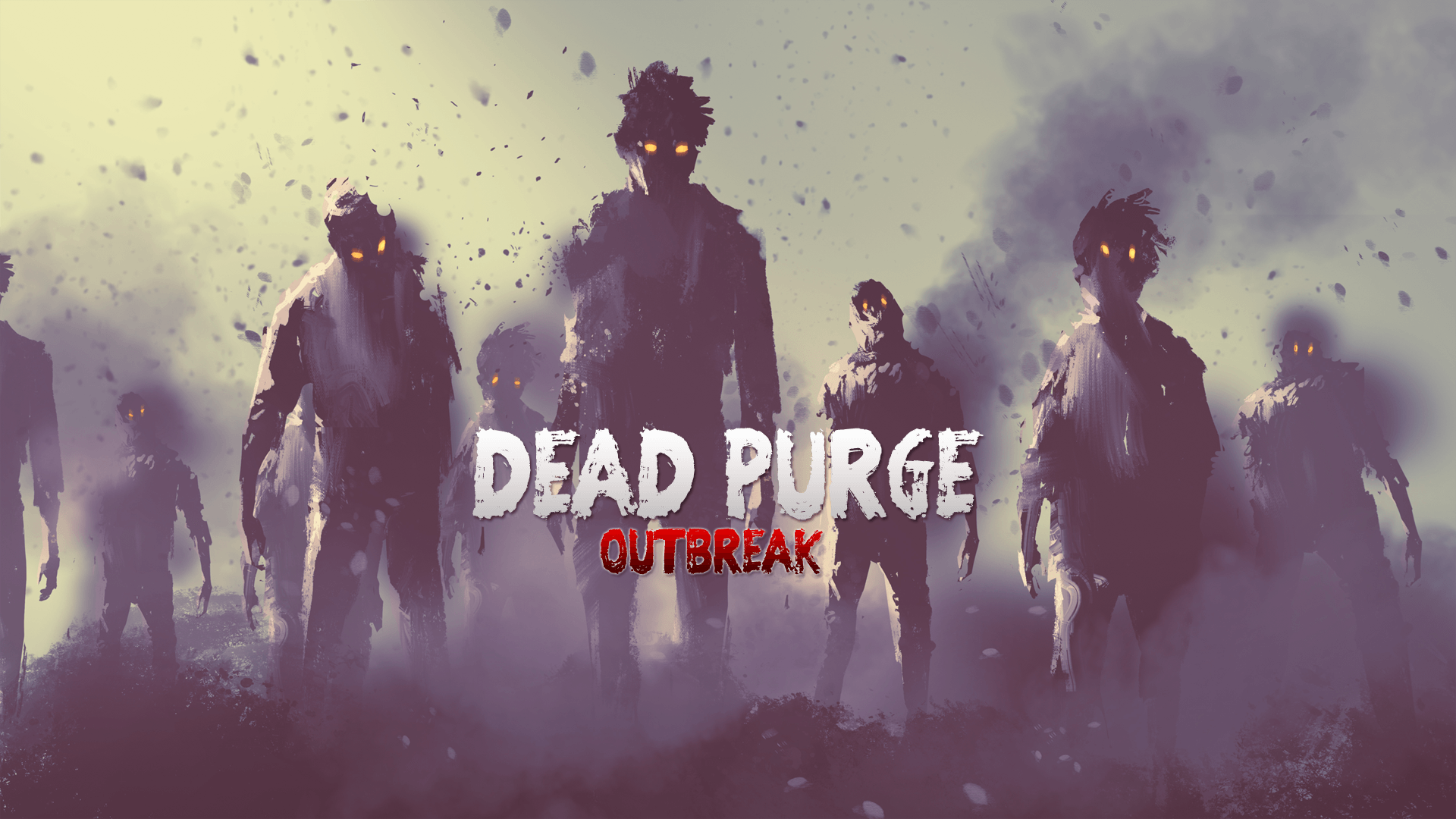 Dead Purge: Outbreak by Microlith Games is a first person zombie shooter set in a post-apocalyptic era that is available for the PC. With the zombie shooter genre constantly being pushed upon me via the daily shared videos on social media of Days Gone and my friend’s showing off their latest gameplay from Call of Duty Zombies my appetite is constantly whetted.

Boasting of “beautiful locations & dozens of weapons” along with a “realistic combat system & multiple game modes” I sat down at my PC and looked forward to what was going to unfold.

Ok, so lights down nice and low, headset on and most importantly; nothing around my feet incase there are a few jump scares!  Hitting “Play” on the opening screen I proceed to choose game mode.  Hang on, there is only “Horde” and “Survive”, I’m pretty sure in the marketing blurb it mentioned it was multiple modes? Ok 2 is more than 1 however to most people 2 is only a couple…The two game modes sound very similar as well.  Horde sees you fighting against increasingly difficult waves of zombies while Survive lets you play for as long as you can live for.

Jumping into Horde mode I select the “Suburb Day” level and am spawned into an American looking residential area.  Armed with a pistol, a small machine gun and a knife I run into the road as the first wave begins.  Zombies literally materialise from the sky above and drop down onto map.  The first 2 zombies decide to crawl across the grass towards me and get dispatched quickly using the automatic weapon, since when does recoil go from side to side?  As I aim for the 3rd, a walking female zombie, the game becomes slow motion, almost Max Payne-like enabling me to very easily shoot for brains taking out not only her but also the chap who has the misfortune of spawning behind her.  With 4 zombies dead I hear a gruffy voice shout “Killing Spree” through the speakers.  As I run across the road slow motion kicks in again as I take out zombies 5 & 6 with the 7th setting off the gruffy guy with another call of “Killing Spree” closely followed by “Frenzy” as I nail the 8th.  So far the action has been busy but not too overwhelming.  It doesn’t take long for the last 5 zombies to hunt me down and I take out my pistol for some well aimed pot shots at their heads.

With the final zombie killed, wave 1 has been completed and I am instructed to find the supply drone.  A helpful marker with a “D” directs me.  Using the credits obtained from shooting the undead I can choose to refill my ammo, buy upgrades and new weapons such as a katana (my chance to be Leonardo the Turtle in a zombie game) along with various other assault rifles and combat gear.

With a brief pause between waves I take a wander through the suburb.  It is actually quiet small with just 2 houses you can enter and a few hedges and cars in between, whoever decorated sure needs some lessons.  Choosing to stay in the house this time the zombies quickly crawl/walk up the stairs to find me.  I must say the slow motion actually got a bit tedious as it seemed to kick in when I was reloading making for a John Woo style animation as the magazine was slowly pulled and re-inserted, all that was missing was some slow-mo white doves to fly past.  After a couple of minutes all 20 of the zombies were killed, and its off to find the supply drone once more!

Wave 3, and the bassy electronic soundtrack gets a little more urgent as I am faced with 30 zombies this time.  Using my patented method of hiding at the top of the stairs to channel the buggers through one route I am forced to retreat slightly as I cannot keep up with the action.  I have some grenades to welcome them back to the ground so I throw one down the stairs.  Wow!  I need sunglasses as the explosion illuminates my screen like napalm!   Drone time once more and I restock my ammo.  Wave 4 begins with 35 zombies and I am quickly overwhelmed this time.  You do not have a lot of health and there isn’t any sight of a Daryl or Michonne to bail you out when you get trapped in a corner.  The gruffy voice says something different this time as “Game Over” bellows through the headset, the level having failed.

Do I retry? no I leave it.  I think I’ve seen enough thanks!

To be honest, I found the scenery and level assets really basic, even the zombies themselves along with their animations were mediocre.  In 2009 there was a game called Killing Floor which is very similar to Dead Purge: Outbreak, I dare say that the graphics, animation and gameplay looked better back then than they do here.

During gameplay it was very easy to get your player snagged onto the scenery or even invisible objects which caused frustrations.  I lost count of the amount of times I tried to run through a doorway to not make it through fluidly!  The slow motions were a nice touch but didn’t always happen when you wanted them and the tiny maps got boring quickly.  Sorry devs but 3 maps with night/day variants isn’t gonna hold the audience for long.

Nothing amazing stands out really, an electronic dance track that alters slightly as the waves increase, zombie moans and groans.  The guns were distinct however the sound didn’t really alter much whether you were using them inside or outside.  The best bit for me was probably the over the top gruffy man’s voice who seems to be there to make you feel good as you got numerous killing sprees and frenzies.

If you are sitting around a PC with your mates and fancy seeing who can survive the longest or reach the furthest wave then this could allow for some short term replayability.  That said, on your own it gets dull really quickly without any co-op or multiplayer options available and might make you wish that you had spent your money on a nice Tikka Massala from the local curry house instead. I give Dead Purge: Outbreak a Bronze Award.