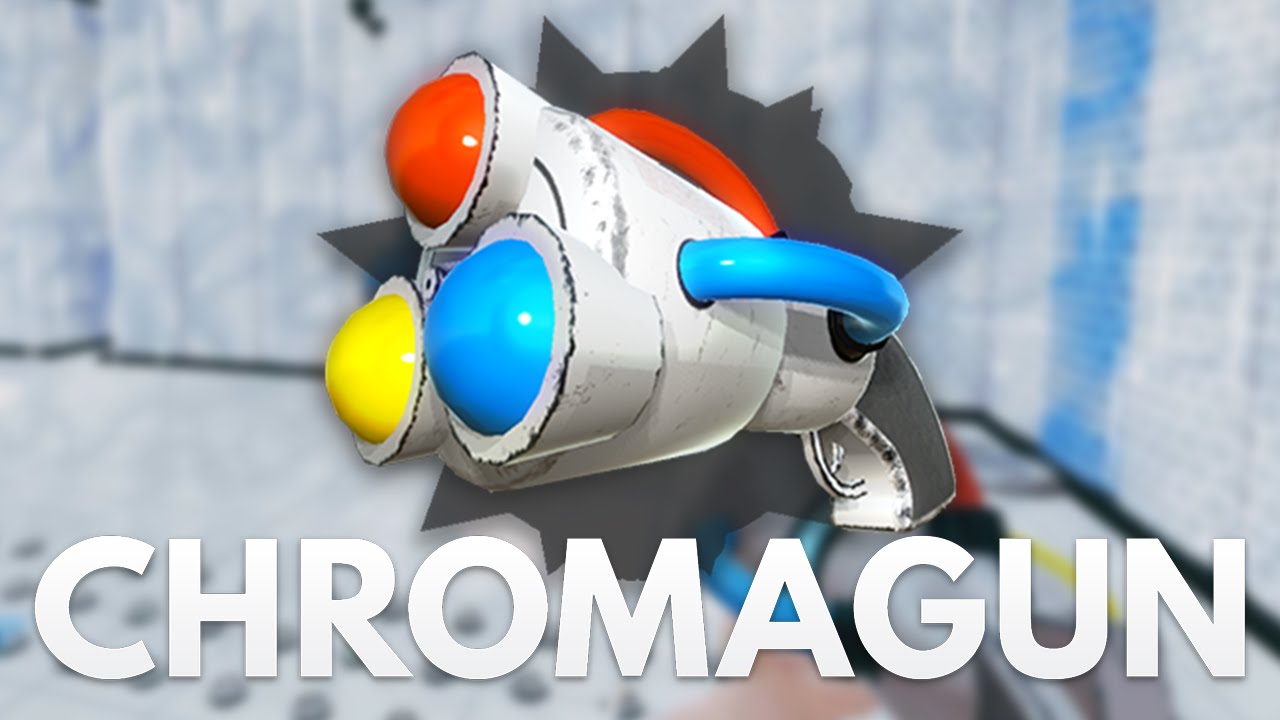 ChromagunVR is published and developed by Pixel Maniacs. This game is available on Steam, PS4, Switch and Xbox One. Today I will be reviewing the PSVR version and using a PS4 Pro model with a PS Aim Controller.

ChromagunVR in it’s most basic form is a simple puzzle and colour making game. You start in a room and have to make your way out guiding worker drones to relevant points in the room or corridor.

The worker drones are manipulated by colours. ChromagunVR gives you three primary colours to work with. Red, Yellow and Blue, so as an example red and blue mixed make purple. Yellow and blue make green. I’m sure you get the idea.

Some worker drones are harmless to you, others, however, have spiked bodies and can and will kill you so you need to be careful at all times. There is something special with ChromagunVR. It’s simple but yet strangely addictive. In the later stages it can get frustrating too, but never rage quit frustrating. The earlier stages will lure you in. Make you think you are a puzzle master, don’t let it fool you. This game will blindside you if you relax too much.

ChromagunVR audio follows the same premise as the gameplay. Nothing too distracting and over the top to take your mind off the game at hand. But like the gameplay of ChromagunVR it is strangely addictive and pleasant on the ears.

I’m sure you can guess what I will say about the graphics of ChromagunVR and yes they are basic like everything else in the game. Nothing distracting you from the task in hand. At the same time the graphics suit the game perfectly and I personally really appreciated them.

ChromagunVR for me was a little short. Maybe I’m being big-headed? But just as I was really enjoying myself. It was over. There is not much I can say except I was left wanting more, and I really wanted some new content or something extra.

ChromagunVR is a game worthy of your time and money. It’s a game that won’t break your piggy bank. It’s a fun game to play.

The downside is there is no new content in ChromagunVR from the original. This is the original game but in VR. It does the job well and I didn’t experience any bugs, glitches or tracking issues. If you are a VR fan or a puzzle fan then this is a great game for you and a must buy. So yes it is aimed at a niche market of gamers.

I award ChromagunVR a Thumb Culture Silver Award. The only thing stopping me giving this game a gold was the lack of anything new.

Disclaimer: We received a code to review this game.