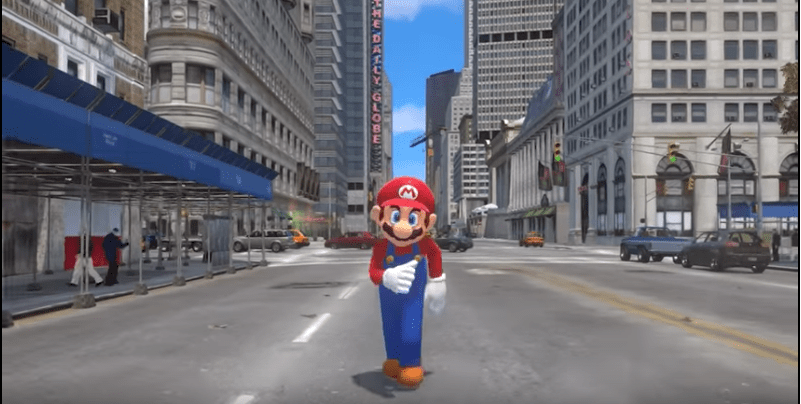 So we’ve had the big Nintendo Switch reveal along with the trailer for the new Mario game. Super Mario Odyssey. Now the weird part is having Mario, a cartoon character running around what looked like a pretty realistic looking city. It looked at odds. It reminded of the horrible moment when a real human kissed Sonic  the Hedgehog. A real low point in the game (perhaps not for Sonic though, the dawg)

Anyway to adjust things so the brain can kind of get around the weird combination of cartoon and real world  CrowbCat had kindly combined some of the best parkour seen in GTA IV with Mario (thanks to a mod of course) and the music from the Super Mario  Odyssey trailer and has come up with comedy gold.

But what has become apparent is that Mario looks just as freaky with human proportions as the cartoon version running around a realistic city is. I think the lesson learned here is to keep you cartoon characters in a cartoon world.