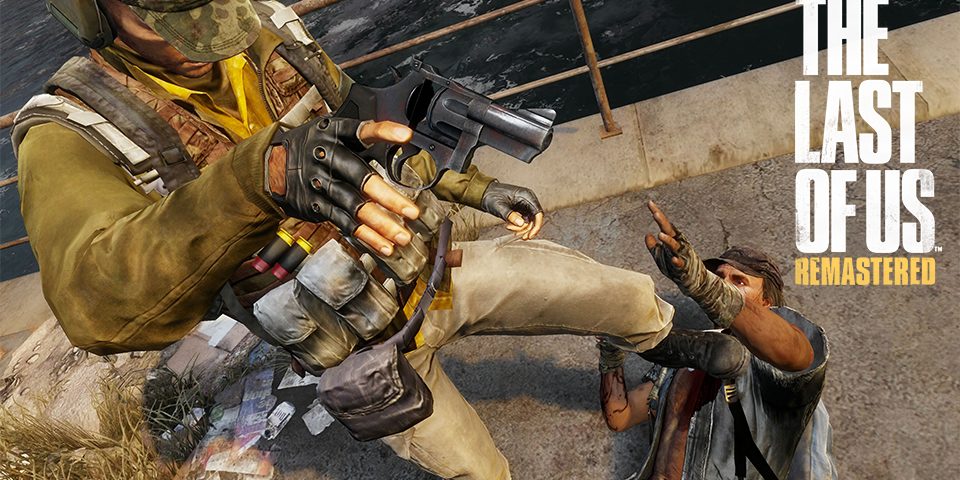 The Last of Us was released for PS3 in 2013 and then for the PS4 a year later. We know that the game’s story is a complete masterpiece and many fans, myself included, are eagerly waiting for The Last Of Us Part 2, but the title also features a multiplayer option, which many believe is underrated in a gaming world where so many MP features are all the same…you run and you gun. This gets boring after a while but, thank god for Factions. Not sure what Factions is? Let me tell you about, in my opinion, the best Multiplayer of all time and why you need to be playing this still in 2017….

Let me set the scene for you. As you first enter the main menu, Gustavo Santaolalla serenades you with this classic finger picking melody that sums up what you will actually experience in The Last Of Us in one song – beauty, escapism, love, loss, tragedy and destruction. His minor strings work in perfect concert with the crumbling, untamed ghost towns. In those graveyards of fungal plague, there’s a sense of place and progression that few other games have achieved

Factions (The Last Of Us Multiplayer)

The premise is that The Last Of Us multiplayer involves the player choosing to join one of two teams, two groups of humans, taken from the single player portion of the game and these teams are called Fireflies or Hunters. I always pick Fireflies, maybe because I like to be the good guy or maybe because I just love that firefly symbol but, whoever you choose, the main point is to survive. When you select a clan, you’ll get a handful of survivors too. The aim is to play matches over a series of days and weeks (each match represents a day) and get enough supplies out on the battlefield to slowly grow your survivor count. Pretty much everything you do in a battle is translated into supplies, including crafting and healing. 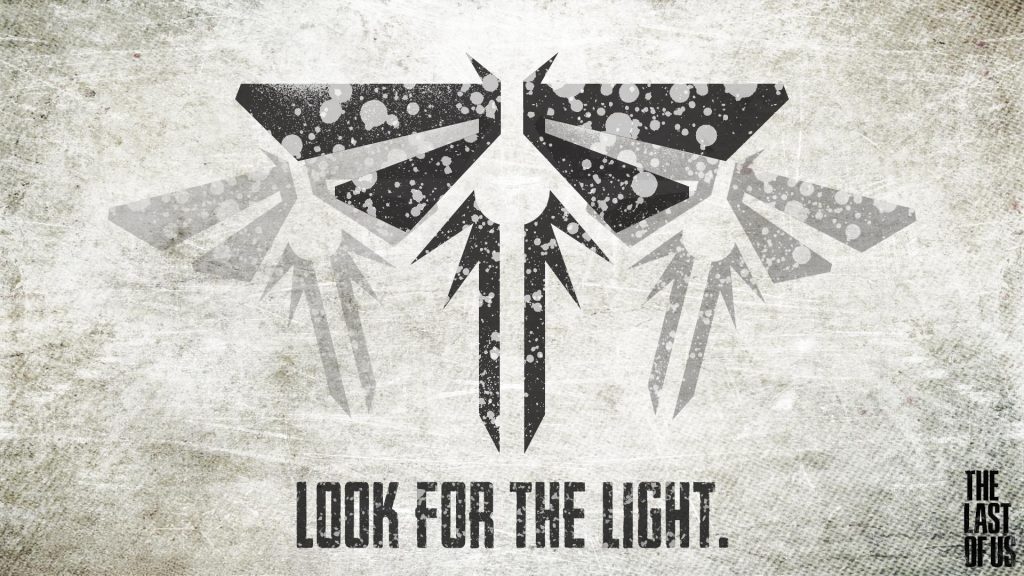 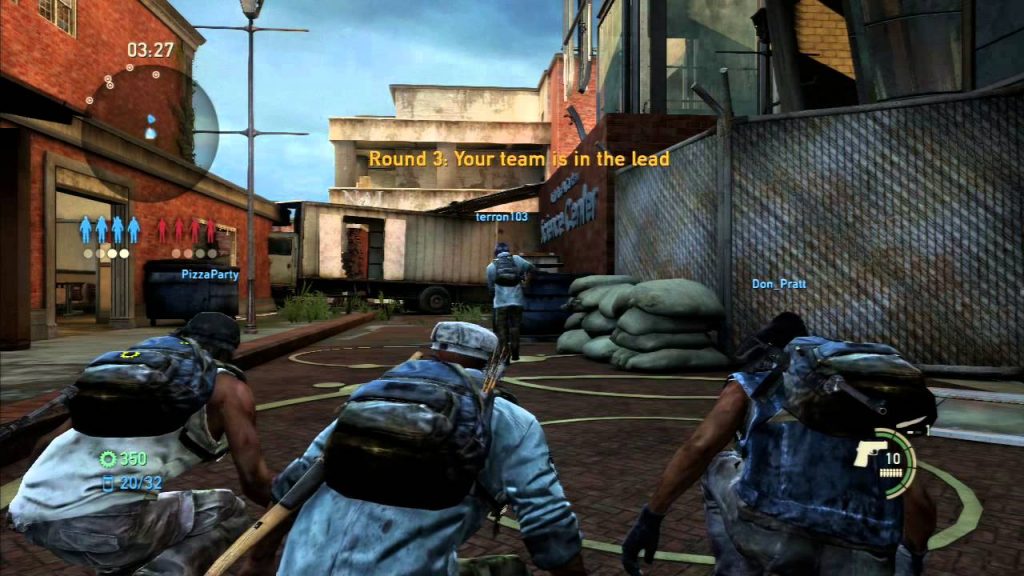 Whichever you choose, you can then begin to customise your character in terms of appearance (with various options for hats, masks, helmets and gestures most of which will need unlocking rather than being available from the start) and you can also design an emblem, although you’re really pulling from pre-made shapes rather than creating your own but this is fine, as there’s no real need to fiddle about with this too much. 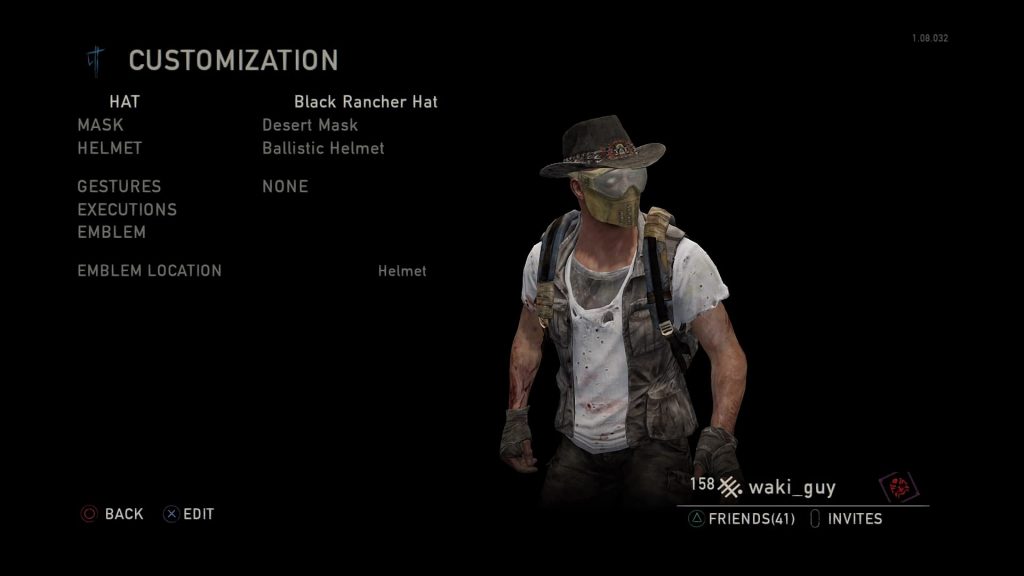 More interesting are the load-outs, there are four default ones (assault, sniper, support and stealth) and four custom slots. Each has a small and large weapon (for example, the stealth class has a silenced 9mm pistol and a bow) and there are also additional bolt-on skills, like Covert Training 2, which lets you crouch-walk without showing up on an opponent’s Listen Mode tracking. This personally is a must have and is always in my loadout. 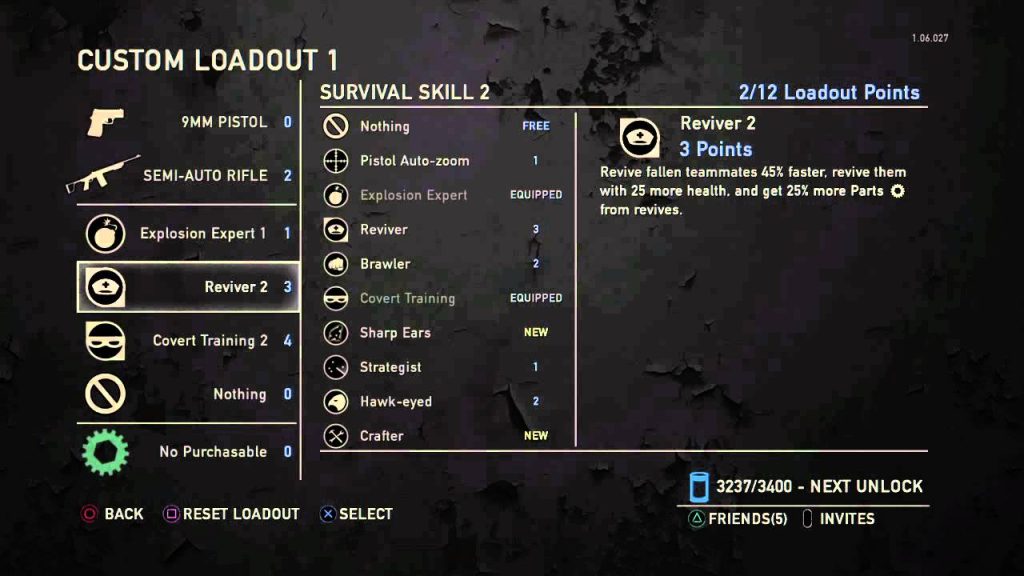 One of the most critical aspects of playing Factions is team work! Communication is key so having your mic on is a great way to warn/advise your team mates of the many obstacles. Saying that, there are many ways you can help your team other than verbal communication. You can ‘mark’ enemies as soon as you spot them (unless they are using convert level 3 so they can’t be marked, frustrating! ) hence, the enemy will be visible for a few seconds no matter where they are hiding for all your team to see. If teams stick together they gain a huge advantage. From reviving downed team-mates, medics healing others and having four guns aimed at one opponent leads to victory on most occasions.

There is one event that leads to tense, sweaty palms and a pumping heart rate. When down to your final life and all your team-mates are down, it’s usually you versus the other four players. If you make it to the supply boxes, these are filled with ready made bombs, melee weapons and smoke bombs. This leads to a last stand, finding places to lay traps, trying to hide and destroy as many as possible before the inevitable end. 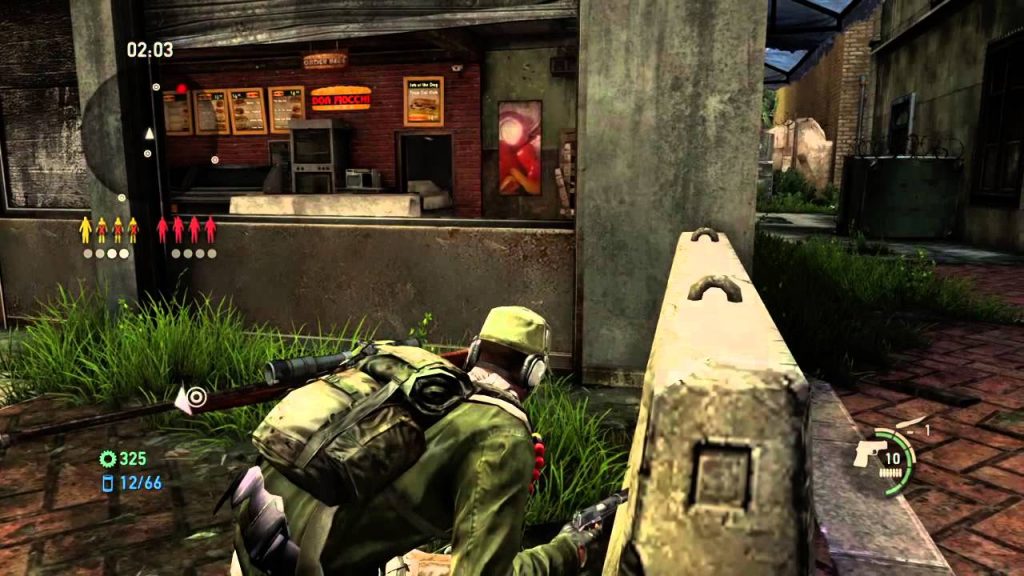 All three game modes (Supply raid, Survivors and Interrogation)  centre on death — there’s no domination or capture the flag, where lives are a means to an end. Supply Raid is like standard team deathmatch, giving each team 20 all-purpose lives, while Survivors structures the match as a best-of-four where rounds are lost when all four members of a team are killed. Interrogation twists the action in a manner like “Call of Duty’s” Kill Confirmed mode by requiring you to hold up downed enemies until you unlock their supply safe, which can only be cracked after several vulnerable minutes of dial-turning.

Many single player properties fail to effectively make the multiplayer transition because they forget what defines them in the first place.

The likes of Tomb Raider and BioShock 2 both shoe horned competitive play on top of their campaigns, and while there was some fun to be derived from both bonus options, they lost the essence of what makes their respective gameplay entertaining. The Last of Us doesn’t do that, and actually manages to re-purpose many of the mechanics from the story in interesting ways. For example, you’ll still need to scavenge for materials and craft, while your ammunition will be incredibly limited. This means that you need to play intelligently, carefully building materials on the fly, and exchanging parts that you earn for an extra couple of shots.

Most importantly, though, it gives the whole affair a distinctly different feel, which makes a pleasant change from the string of Call of Duty copycats that occupy every other corner of the industry these days.

Considering the scale of The Last of Us’ single player campaign, you could be forgiven for thinking that its multiplayer mode may be a little half-baked, but that’s not the case at all – even if you ignore all of the cosmetic extras on the PlayStation Store.

The lobby is still very much active and you don’t have to wait for any more than a few minutes at most to get stuck into an intense, all action MP game. I have personally played so many MP’s because firstly I absolutely love them and secondly, I want that added feature of jumping online after I’ve played the story…who doesn’t want more for their money? Let’s face it, games are expensive enough so you can feel a bit hard done by when there isn’t a MP added on.

The Last Of Us Factions is by far the best MP I have ever played and continue to play to this day. Don’t get me wrong, I loved some COD awhile back and I also play some battlefield 1, but there’s something about this intelligent MP that keeps bringing me back to it. Maybe it’s having to really use your brain and plan out the best tactics in how to kill your enemy, maybe it’s the ability to choose whether you can down enemies with a gun or just go through the entire game like a ninja and stealth kill or maybe it’s the fact that Naughty Dog are just so freaking awesome at everything they do!

Whatever it is, I tell everyone I meet who games “If you haven’t tried The last of us online, go do it now and give it a chance!” With 17 maps you get to choose from, what other MP game offers you so much? Roll on The Last Of Us Part 2, I cant wait to see what they have in store, not only for the story, but for the Multiplayer.

Wow what a busy weekend I had the other day! I had the great ...