Snake Pass – Switch Review – Who’d Have Thought Being A Snake Was So Hard.

Sumo Digital releasing their first solo debut game, in the form of Snake Pass, slithering its way onto PS4, Xbox, Switch and PC. With its questionable camera and near on extreme difficulty. I ask, was my time as a snake fun?

Snake pass is a game where they really want you to feel like a snake, I mean that literally. The game itself looks amazing, the use of the Unreal Engine shines through elegantly. With its beautiful vibrant colours, near on perfect shine on the snake-skin glistening it the sun. it’s certainly a very lush game to look at.

You play as noodle the snake, teamed up with your trusty sidekick, doodle the humming-bird on the quest to restore tranquillity. 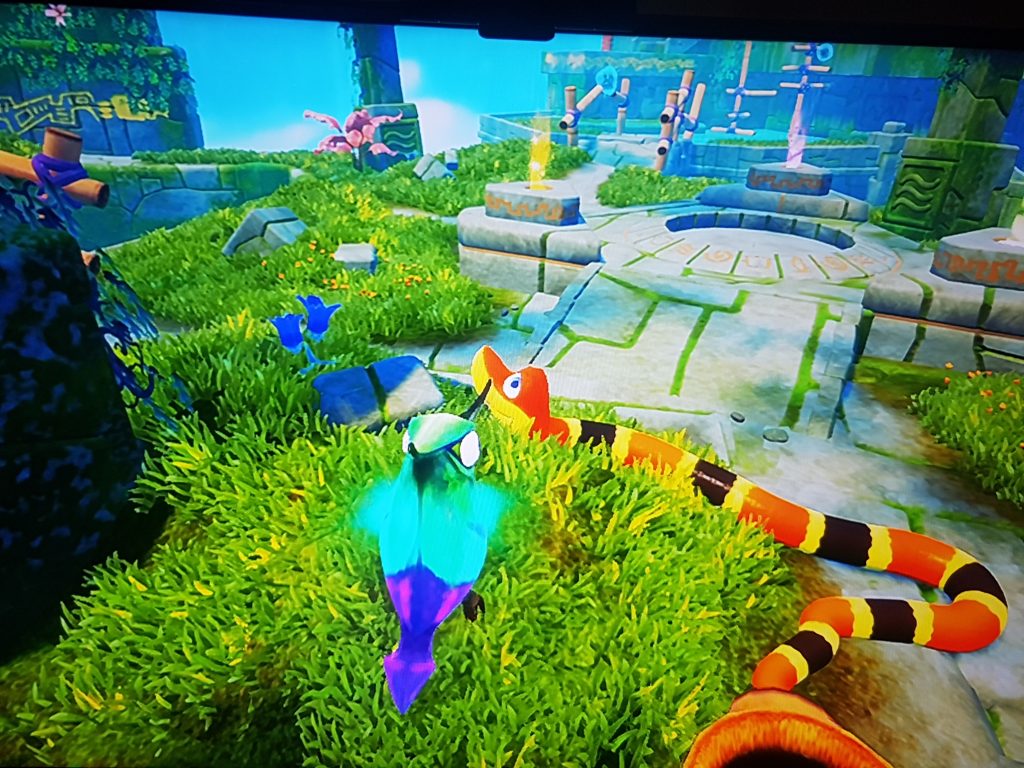 The game is simple at heart, you use ZR to move forwards and the left analogue to move in the desired direction. Pushing down the A button raises your head to get over obstacles, also to help wrap around bamboo poles. Holding down ZL tightens your grip, mainly used for a getting a better hold when wrapped around the bamboo. Tapping the Y button whistles doodle to carry the weight of your tail, I didn’t find this particularly useful but it was a nice touch. The aim of the game is to collect three artefacts, other collectables include blue orbs and 5 gold coins. Once you’ve collected the three artefacts you can place them at the shrine, this opens a portal to the next level.

JUST BECAUSE THE GAME IS SIMPLE, BY NO MEANS DOES IT MAKE IT EASY. THE CONTROLS CAN BE INFURIATING AT TIMES TO SAY THE LEAST.

I was very excited about this game, after watching a few trailers I definitely had to get it. What they forgot to show you in any trailer is the amount of times you WILL die. What makes the game so hard is the physics, I’d say there near on perfect and you are a snake after all. After playing this game I’m glad I’m not a snake, this is the closest you’re going to get to being a snake. Working your way through the levels, slithering along side to side as it gains more momentum than going in a straight line, holding on tight when you use the bamboo poles for hard to reach places. The tricky part about this game is the weight distribution, relying heavily on wrapping as tight as you can to objects, you need to have as much contact as possible to hold your weight. Occasionally holding on to ZL with help gain grip, holding too much can result in noodle hugging the hell out of the poles. 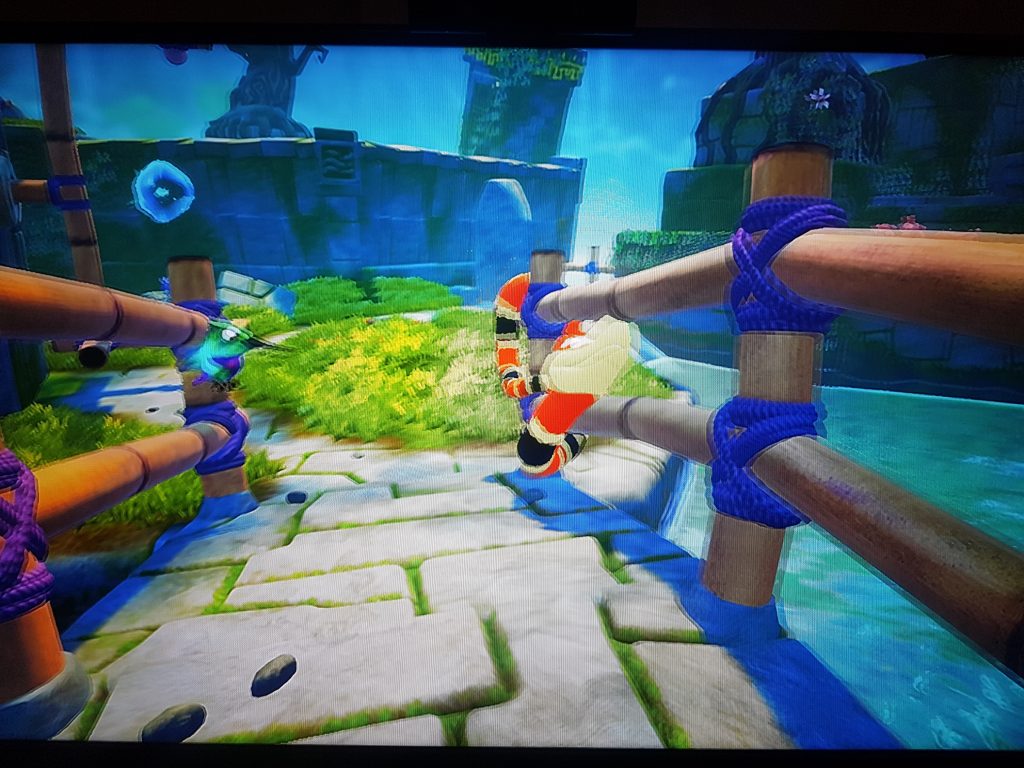 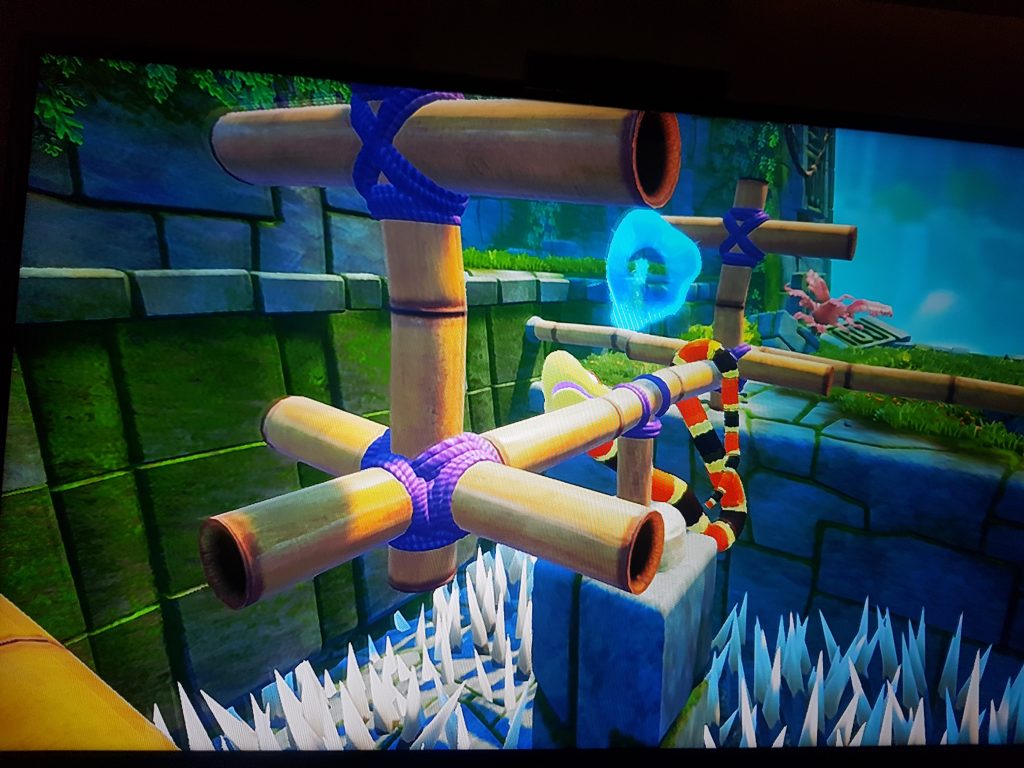 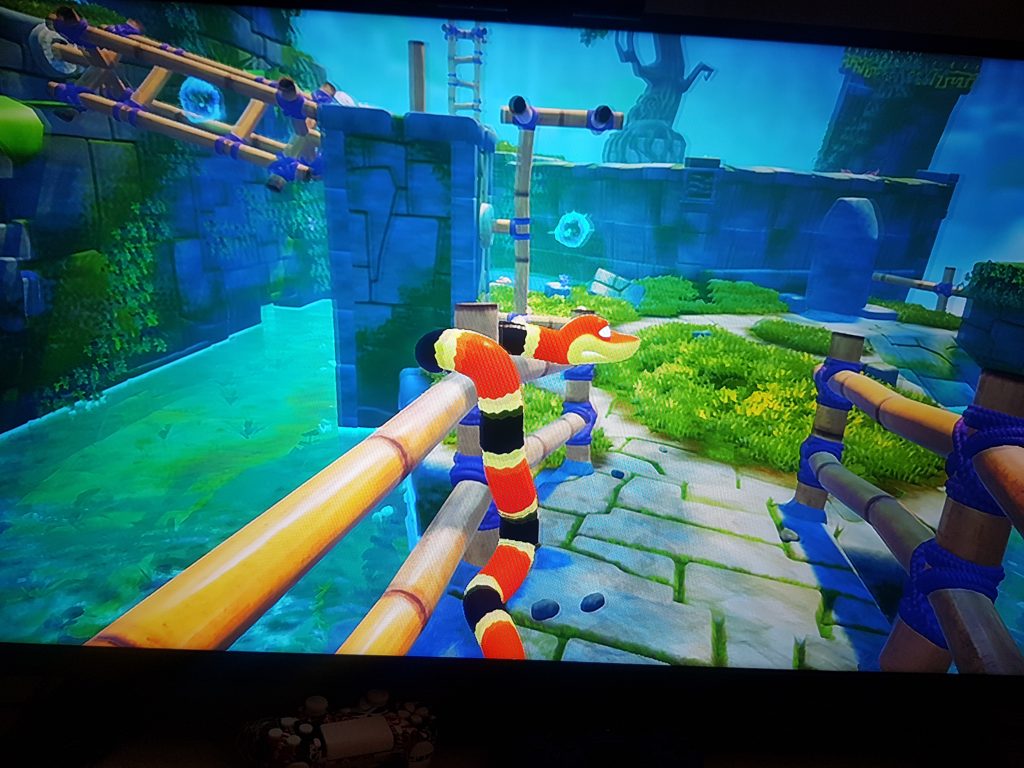 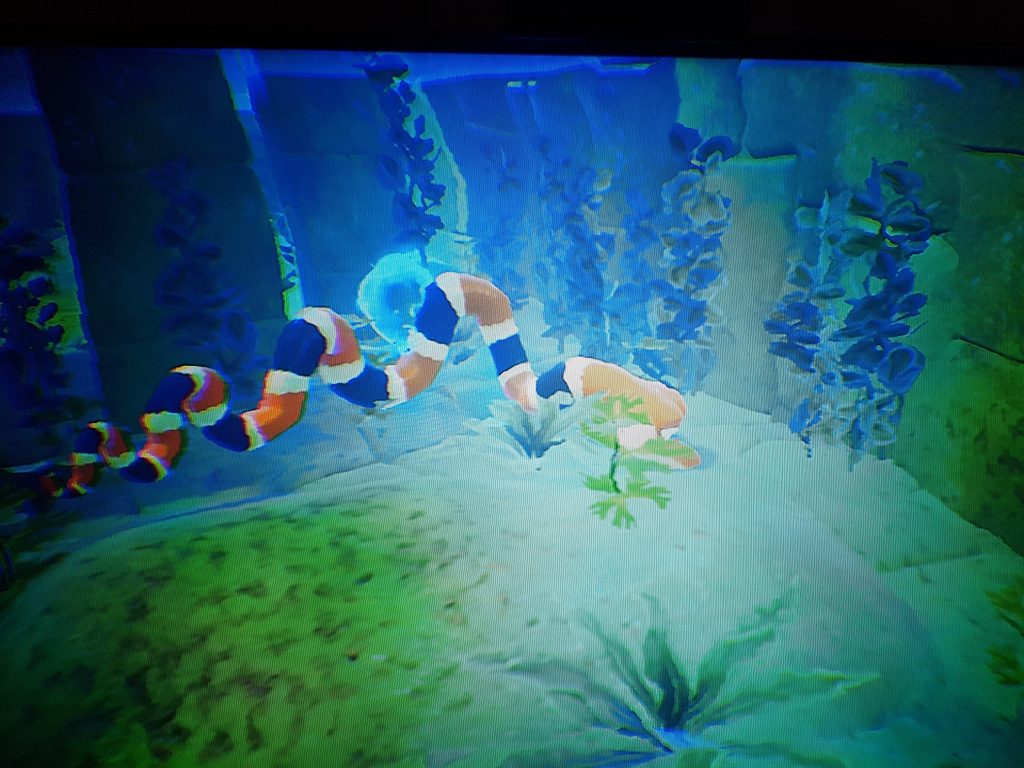 THE GRIP AT TIMES WAS VERY CLUMSY, SOMETIMES IT’S AS IF IT DIDN’T WORK TAKING AWAY SOME OF THE FUN FACTOR OF THE GAME.

At first I felt ambitious, my aim was to take my time and collect every orb and gold in the level. My dreams were soon crushed about five levels in, it became a chore it took a lot of effort and patience to get the collectables. Time and time again I tried wrapping myself around some of the poles, hoping to get a gold coin and failing miserably. I decided to try rushing over some obstacles without wrapping around them, for some points this worked but it was never guaranteed. At times, I felt I was mastering the controls, for the best part I just sucked though.

IN THE END, I GAVE UP TRYING TO GET THE COLLECTABLES. ALL HOPE HAD BEEN DIMINISHED.

In the end, I decided to just get through the levels and concentrate on the artefacts, even that became a challenge. admittedly, there was a great sense of achievement for tackling the more difficult parts. I do feel there’s some problems with the game, like the camera for instance. At times, it locks the camera at a certain angle, making it difficult to navigate. I feel it would have been a safer option letting you move it freely all the time. Another annoying thing was the checkpoint locations, they’re so far spread and you could collect loads. just fall to your doom and lose everything (over and over). Playing this game with other players really helped, taking it in turns just for fresh  eyes on the challenge. 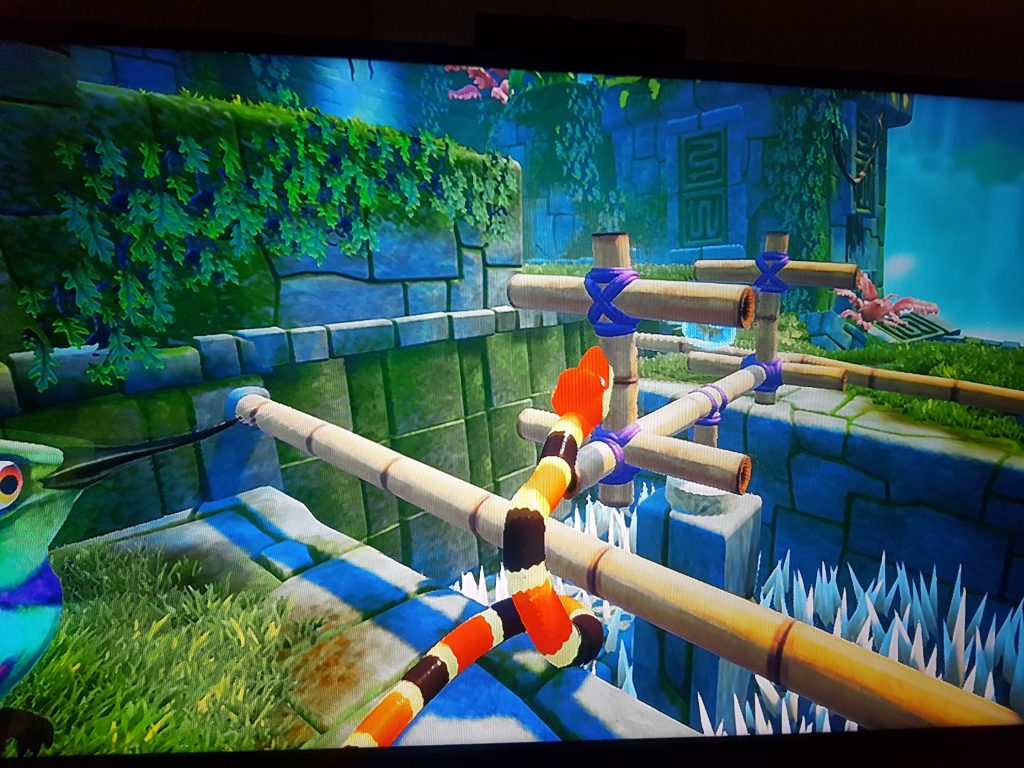 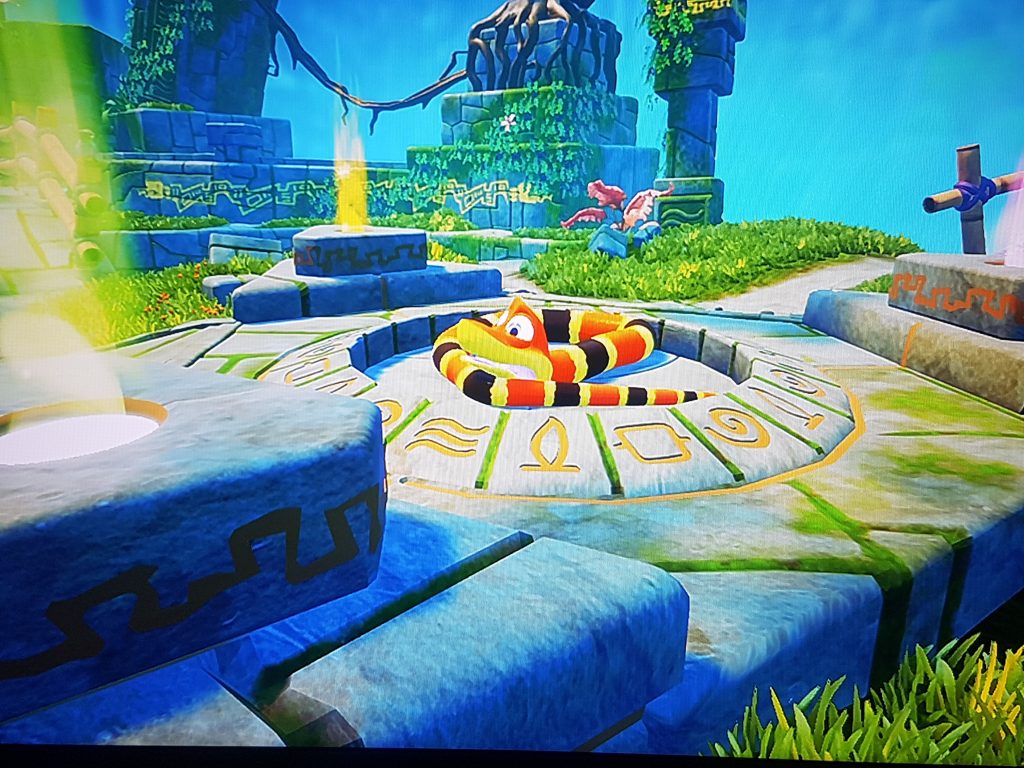 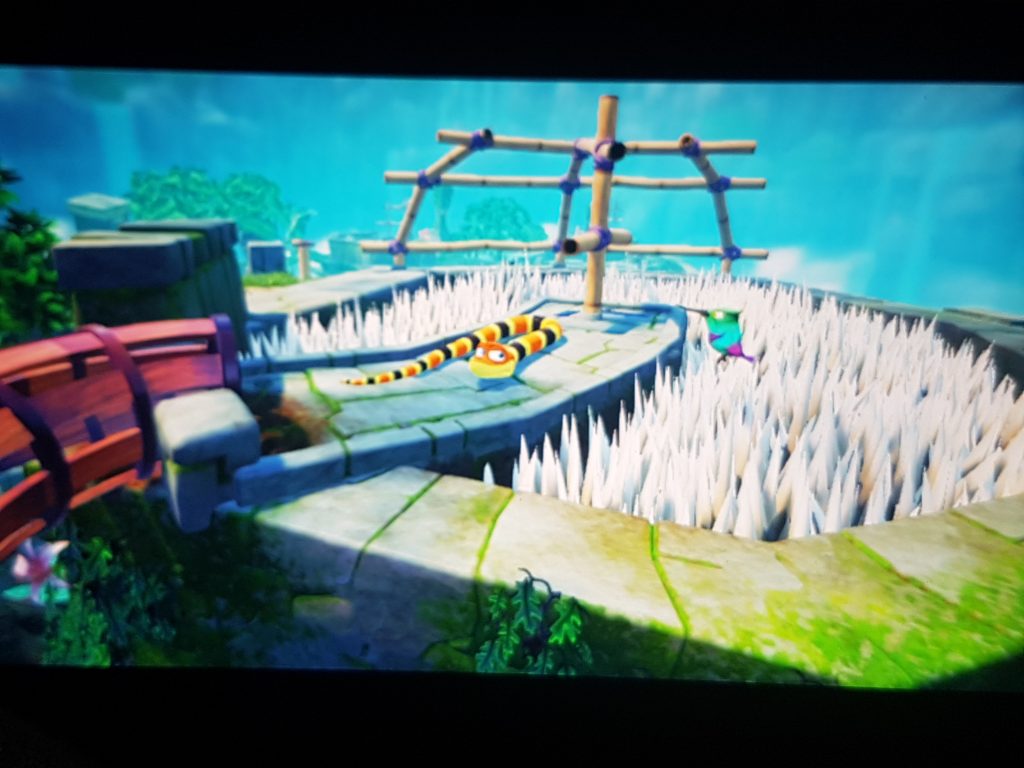 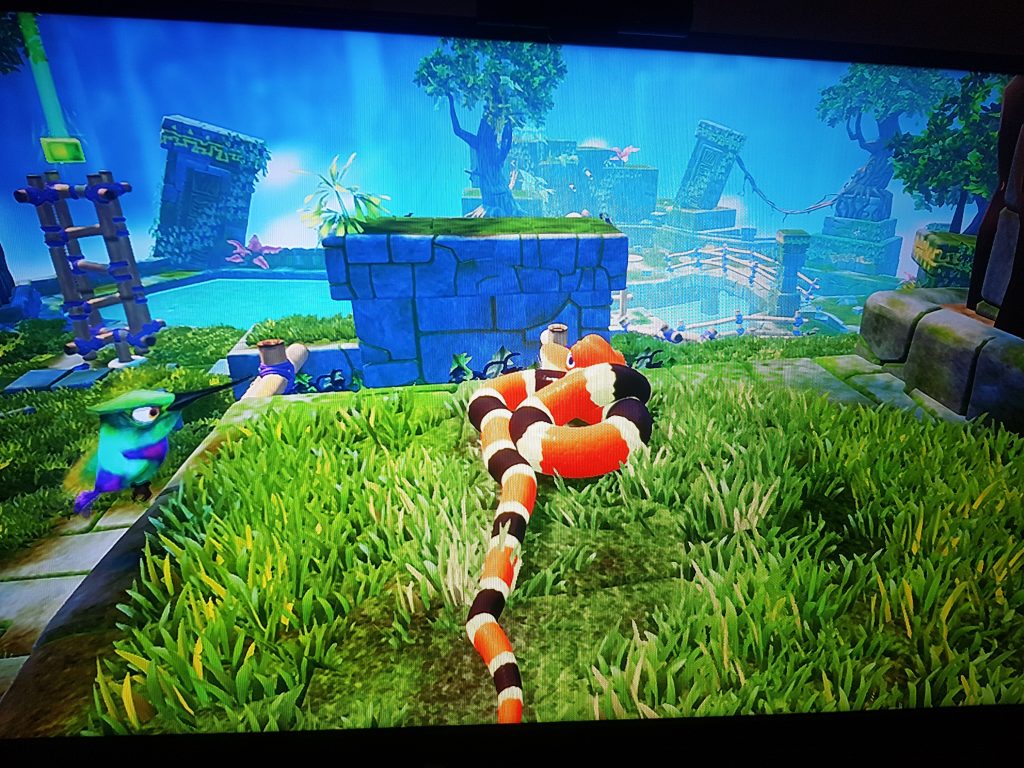 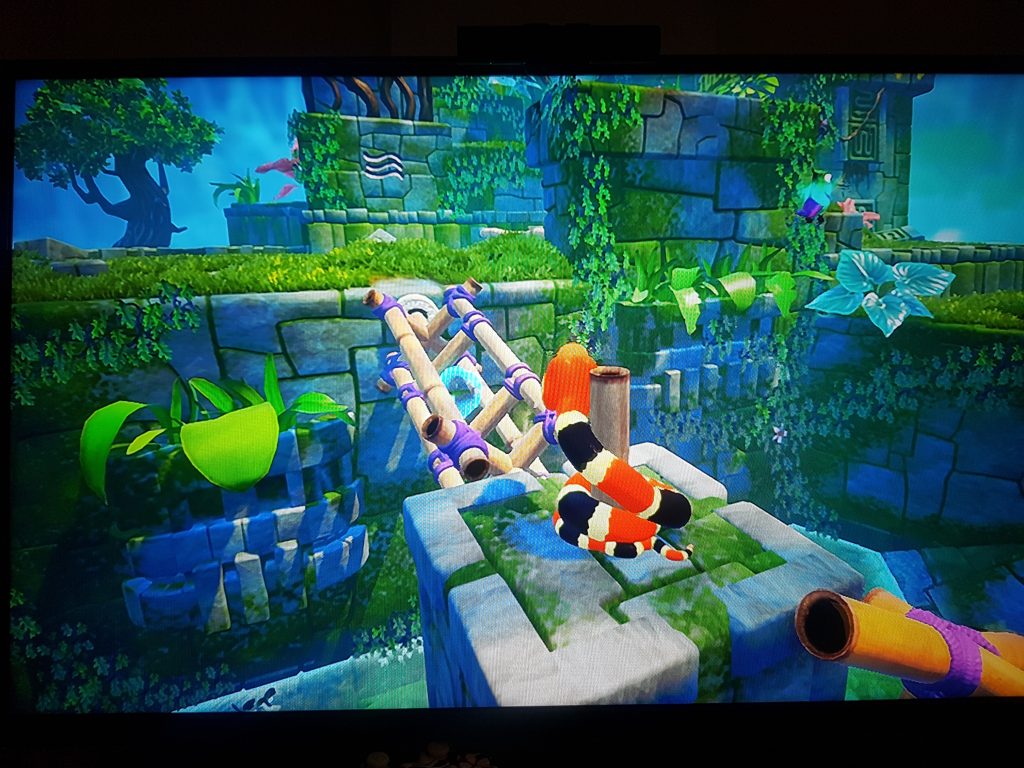 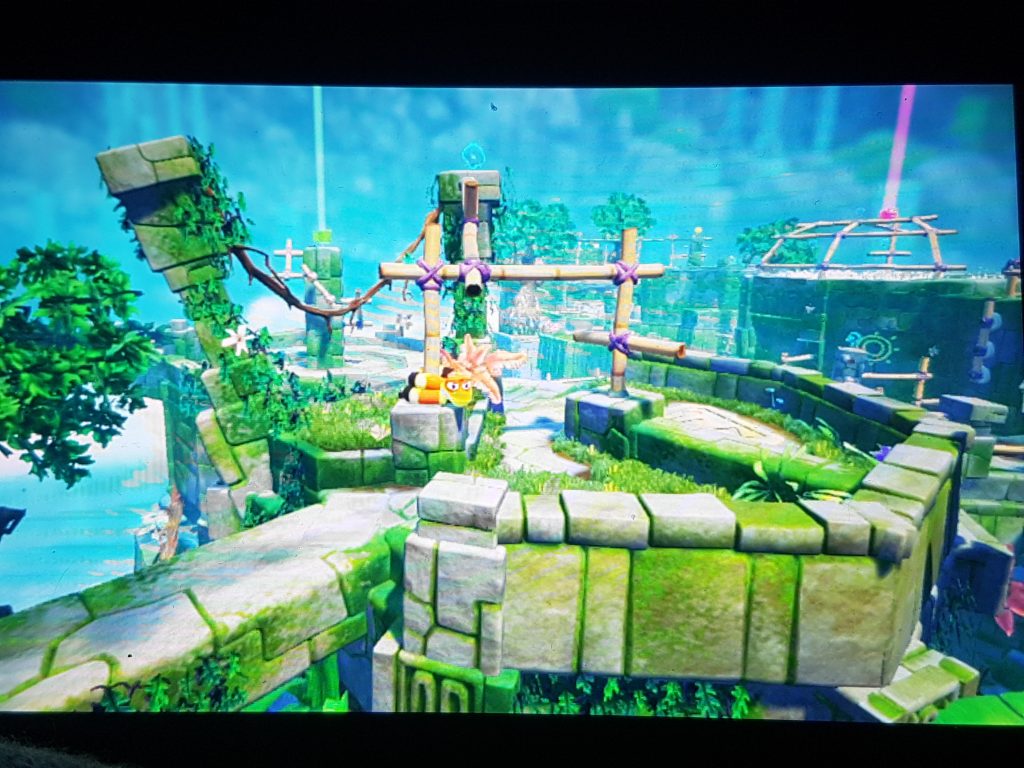 Although the game can be stressful, it does have a quirky charm. When it comes to moving on the land or in water, moving side to side gracefully building up momentum. There’s also a choice of facial expressions, pushing any direction on the d-pad will select a different facial expression. pushing it up to three times will change the depth of the expression, very much like in Little Big Planet.

All in all, the game is great, despite being very difficult at times. It’s beautifully presented and runs extremely smooth on the Switch, I wouldn’t recommend it to anyone that lacks patience. For anyone who likes a cute but hard challenge, this’ll be right up your street.

It has been announced that Fortnite has an exciting event for all Star Wars ...

All-Star Fruit Racing is the latest release from 3D Clouds and is finally making ...