Game Glimpse Episode One – The Pilot

Well firstly, let’s say hello. You’ve never seen me on Thumb Culture before, but you’ll be seeing me dotted around as I cover some interesting titles, and contribute some even more interesting videos. My name’s Ben Bayliss, usually known as B3NB4IL on the Online world, and I write, or record features and reviews on video games.

As it happens I’m more than happy to share my Game Glimpse video series with Thumb Culture because they’re a bunch of awesome thumbs. Game Glimpse is a series of mini reviews on a small collection of games per video, designed to give you a detailed, but short run down on what what the games are like, and both the negative and positive points about them.

Here’s the first Episode of Game Glimpse, taking a good look at five titles that I’ve played and decided to install them and give them another play! – Just a note, while the video contains my thoughts on the game, the bit below here, the written, textual bit may contain additional mentions and thoughts, so see it as a bonus addition!

Shoppe Keep is a store management title that puts you in charge of your own shop, or shoppe, that’s set in a fantasy world, filled with heroes and adventurers who are passing through a quaint little town and wandering past your store on the hunt for any items that they may wish to purchase from you. Some people will come in and give you the money for the item(s), some will steal and attempt to run, some will…throw the product sky high in disgust as they leave your store in snobbery disgust. The graphics are low poly, but cartoony and cute to look at. The store can be expanded, but not until you hit a lot of coin, which is annoying as it’s very hard to build up the coin by setting reasonable prices, but choosing to set your prices high will result in more annoyed customers.

When the ball gets rolling though, you end up putting out more items for less, rather than the other way round. I do think that it’s a fun title, but it is hard to enjoy when you first start the game, with better selling items being harder to get hold off unless you plan on blowing your budget. The first person perspective is nice to experience, allowing you to see your store up close and personal.

Warcube is an isometric, slasher, adventure title where you take control of a cube who is sent back to Earth to win a war by gathering an army of cubes to battle against the red cubes and take over the enemy infested map. Before the main combat takes place, you first travel to “areas” around the tactical view, which is basically just a map that you can move around on, and shows the status of areas, and whether or not you’ve liberated them. The actual areas brings the camera much closer to the action in an isometric view that can be rotated 360 degrees around your hero. Weapons are available to pick up, but it’s not an easy task to figure out which weapons you can and can’t pick up, and there’s arrow chests littered around to keep your ranged weapon filled.

When running around the areas, combat takes place in the form of combos, click and hold the left mouse button, then time will slow allowing you to click and hold again and direct your next attack, and the process continues until you, or the enemies are dead. Combat is rather messy because of the isometric view kind of making the perspective a bit off-putting, but it’s not too distracting if you get used to it. There’s a nemesis system in place, so defeat will lead to the winning enemy growing in size and strength. It’s great fun, and has a GIF system running so it’s always ready to record the last five seconds.

INFRA takes you on a walking simulator journey through derelict buildings, overgrown outdoor areas, and dangerous health and safety hazards. You start the game originally going to check out some unsafe structure, but end up carrying on exploring until you can no longer turn back. The pace of the title is rather slow, and voice overs add some new noise after a while of boring ambience.

While the actual story is rather generic, the puzzles keep you on your toes, and can actually be rather hard to figure out, but it’s safe the say the graphics are of high quality, with you being able to get right up to signs and read nearly everything on them. Which reminds me, if you do play it, make sure you take notice of most of the surroundings, they hold clues.

Refunct is a rather medium sized world in which you wander in a first person perspective, jumping on huge red buttons that look like they’ve come straight out of Portal. When pressed, more parts of the blocky world ascend from the sea, and when you land on the ground for the first time, the ground for that block will become covered. This leads to you trying to aim for a 100% coverage goal.

Trouble is, while Refunct looks incredibly stunning, and the soundtrack is absolutely incredible, the game is very short with one sitting being enough to complete it within an hour, and once it’s over, there doesn’t feel like much incentive to play it again really.

Sky pirates basically, you and a crew of steampunk’esque pirates take to the skies to blast enemy ships down in either PvP, or PvE modes. You can choose from three classes, a Captain, Gunner, or an Engineer, each one excelling in their selected fields, however, if you come across a disorganised team, which is often, it feels like it doesn’t matter what class you choose because you’re all scrambling around trying to do everything anyway.

The weather is wonderfully dynamic, and the graphics bring a rather bronze, monochromatic theme to light, and the characters look rather like caricatures. The music is dramatic, and the lore behind the game is incredibly deep, with various factions to choose from. It’s good fun, but for ultimate fun I’d suggest getting friends on board too. A PS4 version for this is on the way. 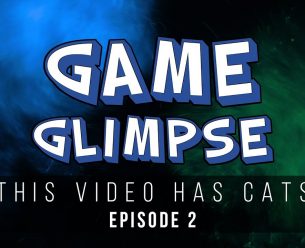 Welcome to another one of those fancy, flash, funky, and feisty Game Glimpse episodes. ...