Find out what I thought about the Call of Duty: WWII Open Beta open beta that went live over the weekend in this action packed video of death, bad aiming, and army men.

I’m going to put it out there, I haven’t been a fan of Call of Duty as a franchise, in fact, the last CoD title I enjoyed was Modern Warfare. The Call of Duty: WWII Open Beta interested me purely because they were taking away the flying soldiers and futuristic settings which never appealed to me. Instead they brought it back down to earth just like their past titles set in WWII, but I was more interested to see if it reminded me of those classic titles, or if it was the same overly fast paced gameplay, but with a new face.

Originally the Call of Duty: WWII Open Beta was meant to launch on the Friday the 29th of September, but it actually sneakily launched on Thursday after allowing players to pre-load the title earlier in the week. The Online Open Beta allowed players to take part in Team Deathmatch, Domination, Hardpoint, and the new War mode. Soldiers can be slightly customised, and weapons come with level up bars, meaning the more you use a weapon, the more you unlock for that weapon/Division.

So yeah, check out my video in which I talk, rather sleep deprived and slightly ill at 1am through a few of the maps available in Call of Duty: WWII Open Beta’s Team Deathmatch mode. There will also be two more videos coming, showing both the defending and attacking sides in the brand new War mode. 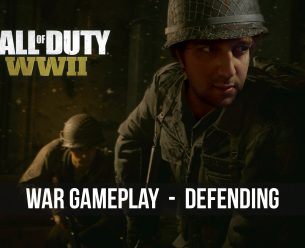 Take a look at the new Call of Duty: WWII War Gameplay in action ... 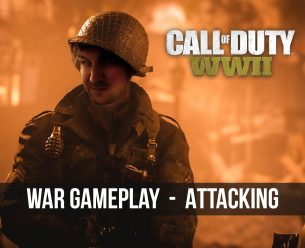 See the new Call of Duty: WWII War Gameplay in action from the attackers ...