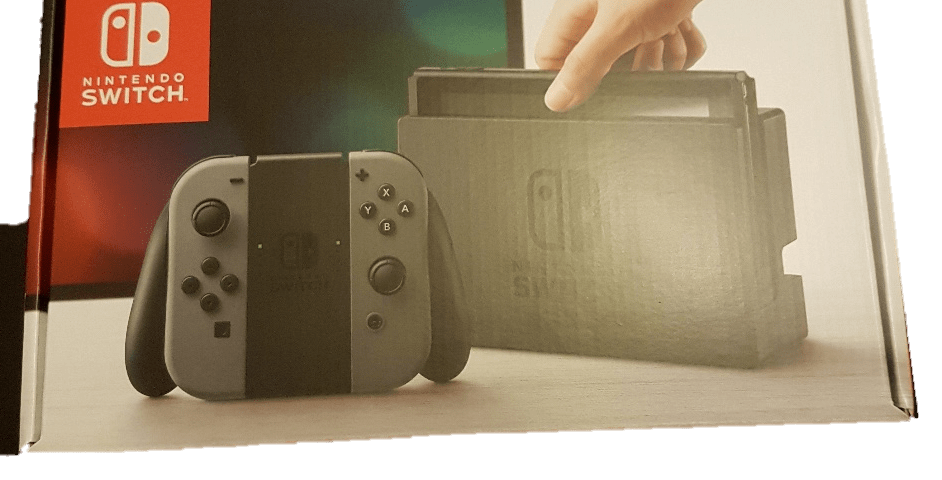 A Weekend With The Nintendo Switch

New kid on the block Mark got his hands on a Nintendo Switch at launch and wanted to let us experience what he did, take a read of his Weekend with the Switch

After waking up early, feeling like a big kid anxiously waiting, my Nintendo switch had finally arrived. I also picked up a copy of the legend of Zelda breath of the wild, it’s by far my favorite Nintendo series of all time.

Upon opening the box the first thing I see is the Joy-Con L&R and also the 6.2-inch screen which also acts as the base console itself. 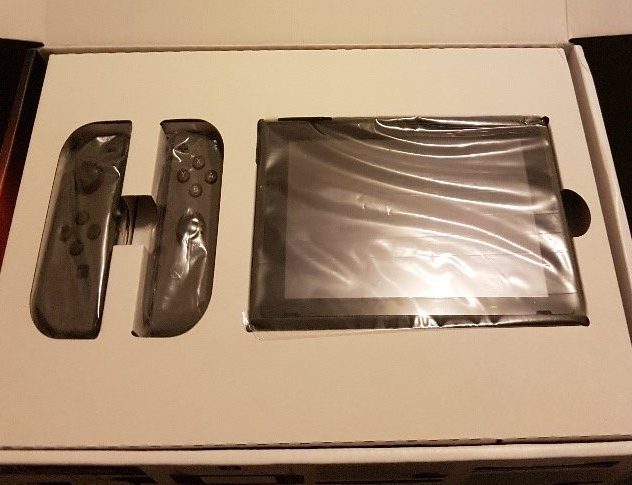 Onto the next layer, all I could see visually was the HDMI cable as it was all neatly packaged, after taking a closer look I found the A/C adaptor, two Joy-Con straps (which also act as button extensions for buttons SL&SR) a Joy-Con controller grip and finally the dock for the switch 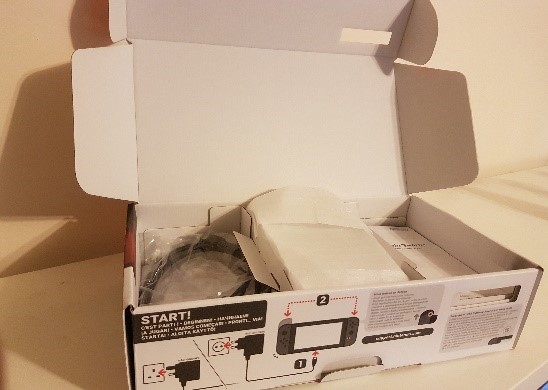 When I had a closer look at the screen, I was happy to see they opted with a usb-c cable as there’s no top or bottom, this is a great thing for me as it’s less fiddly for my clumsy hands. I soon put the switch on charge, ready to see what it had to offer. Putting the switch to one side, giving it time to charge, I took a nose at the rest of the box contents. I have to say my eyes were drawn to the Joy-Con controllers the most. 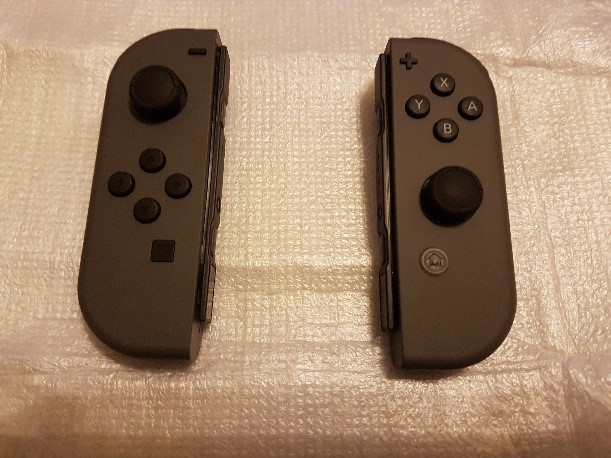 My first impressions were “WOW”, I absolutely loved them, they kind of looked and felt a bit retro but with such a premium feel.

They ooze with quality, you can see a great deal of thought and effort went into designing them. They seem cleverly set up so they work as one controller as well as two for local multiplayer, although one thing I’d like to point out is that when you use either Joy-Con on its side, I do feel it’s a bit small in both hands (my hands are just too big) even after attaching the Joy-Con straps they just don’t feel substantial enough for my hands. 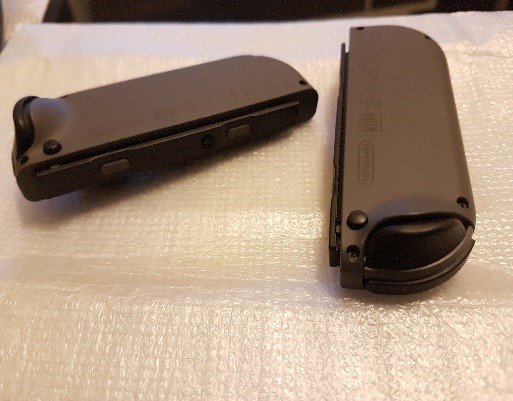 The straps attach on nicely, there’s a little clear plastic latch on the bottom to push for it to be secure, I can possibly see these breaking which isn’t good due to forking more money out on a needed accessory. Chances of me personally using these at all are slim, it’s not something that’s too worrying for me but I could see it being a concern for families with younger kids. Queue broken TV reports.

The left analog stick and the d-pad are mapped to Joy-Con L, also available is a screen capture button, – button and shoulder buttons L and ZL while Joy-Con R controller has the right analog stick, buttons b, a, x and y, home and + button and finally shoulder buttons R and ZR.
Both Joy-Con controllers have buttons on the side or top, depending on what way you hold them “SL and SR” which I can only assume act as shoulder buttons when using the Joy-Con controllers on their side. Without the strap attached these buttons feel awkward and fiddly to push, so if you need to use them this way I recommend attaching the straps. 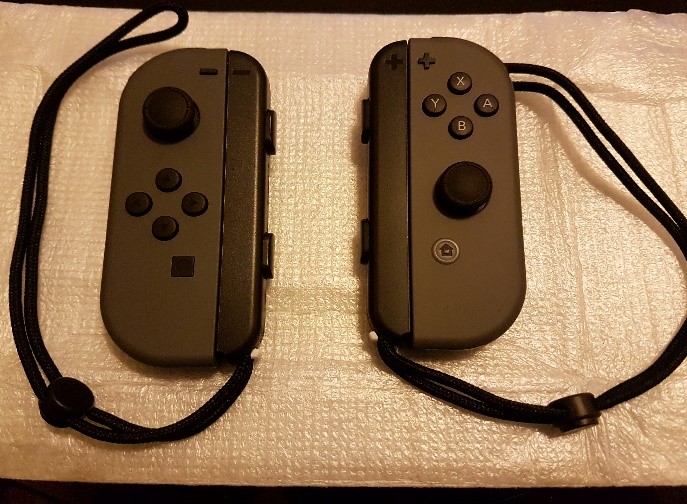 Onto the switch dock, at first glance it seems very basic but that’s because it is, there’s not much to say really, all it does is manage the power cable and the HDMI to the television for when you put the base unit into the dock.

Inside the back of the dock There’s slots for AC power, USB and HDMI out, on the side There is also two more USB slots
The screen itself seems very well built. It’s not to weighty which will do well for long periods of use, I did notice the charge point is on the bottom which is clearly not the best position for it to be in as it makes it completely inaccessible when stood on its stand. Surely a bad design flaw and certainly a bad choice, although not too much of a problem, but it does make me wonder. 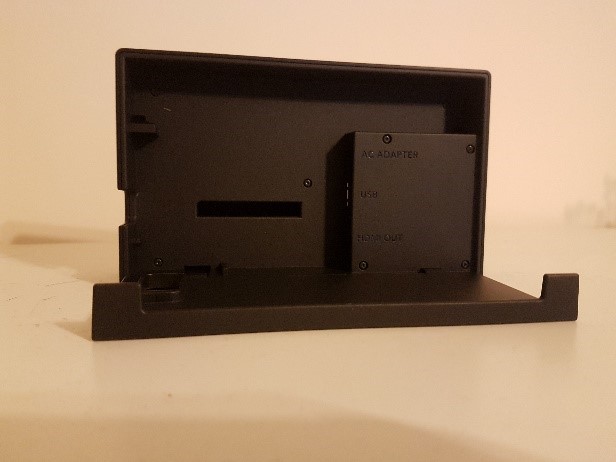 Now for the fun bit, I finally attached the Joy-Con L and R to the screen, there was a satisfying click when I slid them onto the screen itself, after finally turning it on it requested I go through the setup which seems the norm nowadays. After a few minutes and a quick update later I was soon browsing the switch menu, there’s a major lack of anything to do as of now, this surprised me as I thought there’d be some sort of movie streaming service or web browser. 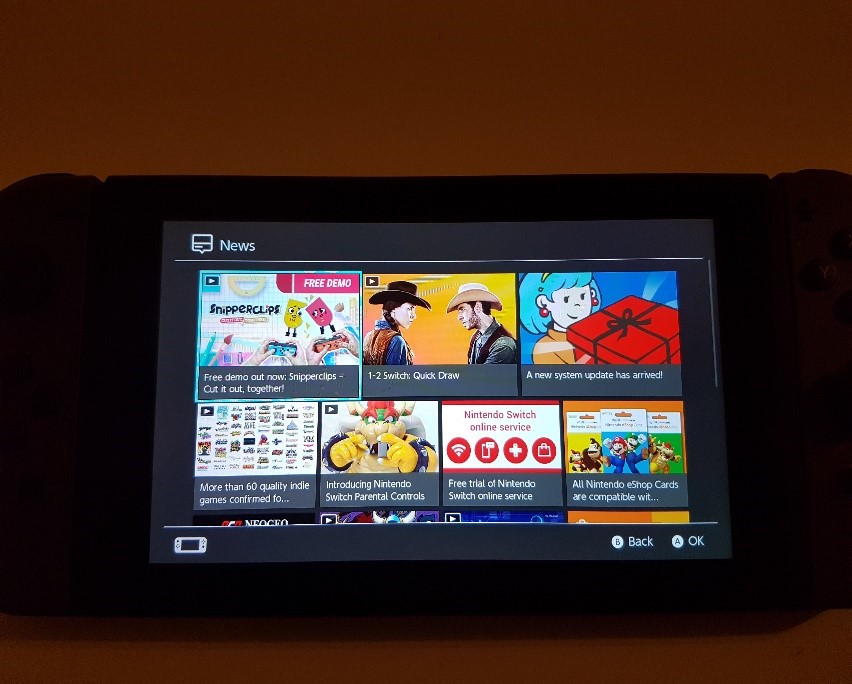 I’m certain future updates will change this, but for now it’s lacking any sort of depth. Further looking on the menu I had a quick look on the news page, its full of switch help and warnings on how to look after your switch, it also shows recent and upcoming games. The Nintendo store was another thing I rushed to check, content was scarce to say the least, not much in the way of games coming soon and very little to download. Hopefully that will change in the coming months, but for now I have Zelda and surely that’s more than enough. I can’t say I’m interested in 1 2 switch and Bomberman is far to overpriced for what I feel is an Indie game.

The screen seems bright and vibrant, I’ve had little if any glare off the screen and the light feels perfect in light or dark, images seem clear and text seems clear and easy to read which is more positives.

After spending a few hours on Zelda, I have to say I was impressed, at first glance of the game I’d be lying if I said the game was a graphical breakthrough, it’s not by any means but that aside the game itself is outstanding and it’s amazing to play, something with so much scope and size on a portable handheld device, it’s just amazing.

When docked into the switch the image instantly appears on the screen no matter what you do, dependent on your television of course. I soon had Zelda on a bigger screen, this if I’m honest seemed to be a bad thing for Zelda, color seems duller like it pushes it for a more serious game with better shading and effects, I happen to prefer the bright color from the switch screen itself. I found the framerate did drop at times, not enough to drive me insane but it’s left me wondering if it’s an upscale problem, lack of power on the switch console or the game itself, bearing in mind the game was originally made for the wii u. 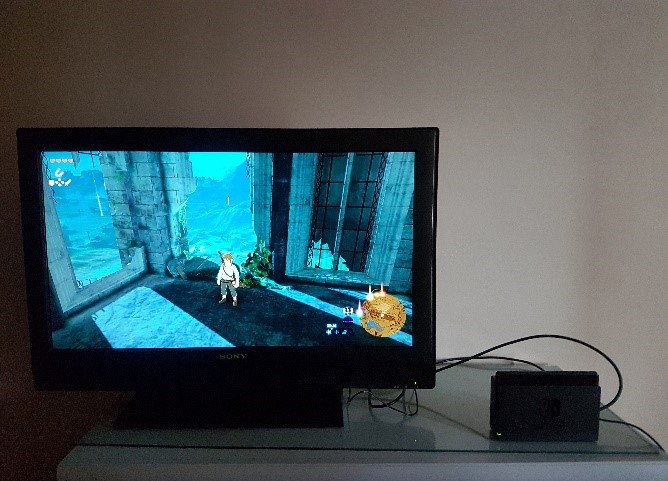 Who knows after a few updates the whole setup could run as smooth as I expected it too, I just hope it gets some AAA love and doesn’t end up a portable Indie machine, as I’ll probably end up crying due to wasting my money.

Only time will tell what’s to come for the Nintendo Switch but for now I’m happy to delve into a new Hyrule. 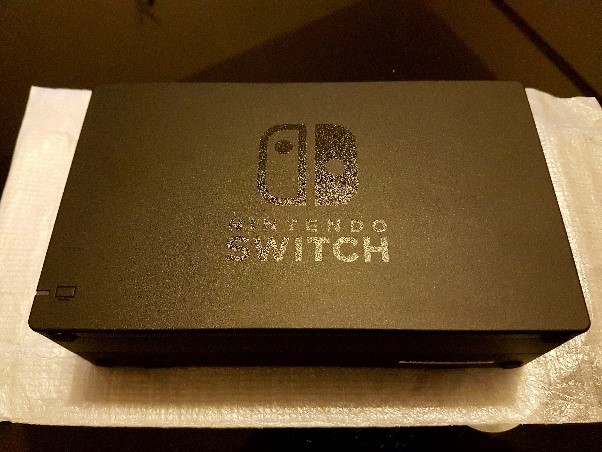